Rumors that the Burnet Gallery will close turned out to be true. The gallery in the Le Méridien Chambers hotel on Hennepin Ave. – the one whose big street-level windows, filled with interesting contemporary art, invited passersby to pause on their way to the theater, hosted openings and artist talks (our favorite: street artist HOTTEA) and was a popular site for meetings and events – will close Dec. 31, along with its final show, a solo exhibition of new drawings by Alyssa Baguss called “Leave of Absence.”

The gallery, which had an almost-10-year-run and added class to the streetscape, was begun by art lover Ralph Burnet, the Chambers’ former owner. Burnet sold the hotel in June 2015 to Ashford Hospitality Trust in Dallas.

Whether the Soap Factory will close due to financial problems, won’t close, or will be sold and replaced by condos may be a live topic for the next few months as its board figures out what to do. The Minneapolis gallery is now on hiatus until March 12, when – according to the website – it will reopen for the annual “Artists on the Verge” show, the only event currently scheduled.

An email went out Friday from board chair Bill Mague, who took over from Megan Leafblad earlier this month. Mague’s email made reference to “this phase of both challenge and opportunity,” thanked those who participated in a community conversation on Dec. 1, invited readers to take part in a survey and asked for donations. “I speak for the Board when I say we are up to this challenge and are grateful for your concern and input,” Mague wrote.

The Cowles Center’s Arts & Education Wing will undergo major renovations, thanks to a $3 million gift from philanthropist and dance enthusiast Caroline Amplatz. Announced late yesterday, the gift will repair elevators, gutters, the roof, architectural finishes and other historic elements of the 150,000-square-foot facility housed in the former Masonic Temple.

Originally opened in 1888, renovated and re-launched in the 1970s as the Hennepin Center for the Arts, the wing is home to 28 nonprofit dance, performing arts and cultural organizations including James Sewell Ballet, Zenon Dance Company, Minnesota Dance Theatre and Illusion Theater. The building hasn’t seen a major capital reinvestment for decades.

“Dance and arts are passions of mine,” Amplatz said in a statement. “I am grateful to be able to help create a safe and beautiful space for these artists to perform, learn and grow.”

“I cannot overstate how critical this gift will be for countless individual artists and students, as well as for resident organizations,” said Cowles executive director Lynn A. Von Eschen.

Construction will begin by summer 2016, with projected completion by year-end 2017.

After eight years as executive director of the Metropolitan Regional Arts Council (MRAC), Jeff Prauer will step down at the end of January.

Prauer was named MRAC’s ED at the start of 2008. In November of that year, Minnesota voters passed the Legacy Amendment, effectively tripling MRAC’s grants budget.

In a brief statement, Prauer thanked “the people and organizations who embody MRAC’s mission by providing the public with an incredibly deep and broad array of arts activities all over the seven-county region and beyond.” MRAC board chair Peter Leggett noted that “we’ve seen MRAC grow at an unprecedented rate as the direct result of the Legacy Amendment,” and thanked Prauer and his staff for “helping to manage this monumental shift.”

MRAC will release more information in January about its plans for interim leadership and search process.

Ariella Forstein of Minneapolis, Troy Rogers of Duluth and Dameun Maurice Strange of St. Paul have won this year’s Minnesota Emerging Composer Awards (MECA) from the American Composers Forum. Each will receive $3,000 to pursue a new project that will help them push their careers ahead.

Their plans are grand and enticing. Forstein will assemble a group of instrumentalists (including a DJ) to create a set of world-beat songs and sound tapestries, then present them on a regional tour. Rogers will compose a set of new pieces for robotic musical instruments of his own invention and tour with them. Strange, in collaboration with Venesse Fuentes, will write an opera about Alberta Williams King, activist and mother of the Rev. Martin Luther King Jr.

Now in its seventh year, MECA goes to artists whose works fall outside ACF’s typical granting processes. We heard about this year’s winners shortly after learning that drummer JT Bates is releasing his MECA-funded debut recording, “Open Relationships,” this month and hold a CD release show Dec. 28 at Icehouse. We’ve heard JT play a thousand times and have always wondered what he might do on his own, given the chance. Composed and performed by him, with contributions from electronic/noise artist Mark McGee and guitarist Jeremy Ylvisaker, “Open Relationships” is its own world, textured, layered, rhythmic and dreamy. It’s mostly drums, plus buzzing and drones, but that turns out to be plenty. The Dec. 28 Icehouse show is at 9:30 p.m. FMI. $10 at the door. 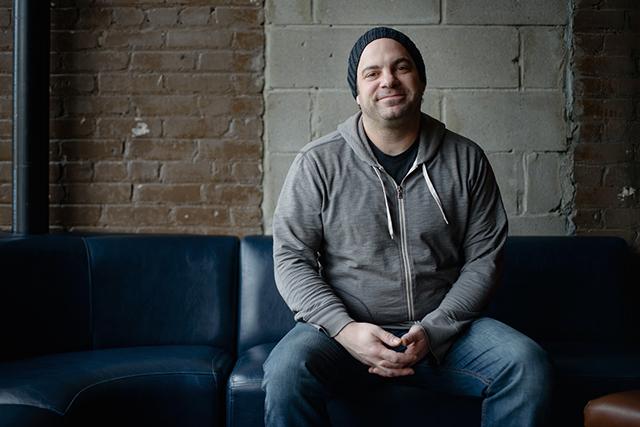 You might prolong your holiday weekend with a performance of “Victorian Christmas Carols” at the James J. Hill House, where costumed singers perform carols popular during the 19th century in the art gallery. The program includes light refreshments and tours. Saturday and Sunday, 6 p.m. and 7:30 p.m. FMI and tickets ($12 adults, $10 seniors and college students, $8 ages 6-17; MNHS members save). 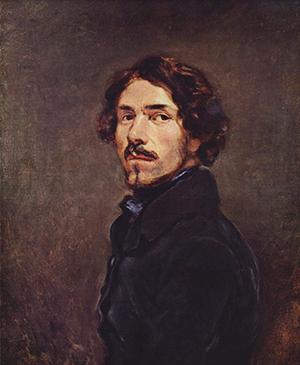 Courtesy of the MIA
Eugène Delacroix, Self Portrait, ca. 1850, Oil on canvas, The Uffizi, Florence

Closing soon: Delacroix’s Influence at Mia (ends Jan. 10), Jack Whitten: Five Decades of Painting at the Walker (Jan, 24), We Are Hmong Minnesota at the History Center (Jan. 3), Sherlock Holmes and the Clocktower Mystery at the Science Museum (Jan. 3), Regarding Elliott: Photographs by Elliott Erwitt at the Weinstein (Jan 9), A Nordic Christmas at the American Swedish Institute (Jan. 10).

If you’re driving into St. Paul at night, try to catch a glimpse of District Energy St. Paul. (Shepard Road from the west is good.) Artist Aaron Dysart is using data from NASA’s Solar Dynamic Observatory to create a light show in the giant steam plume rising out of the tower. It’s part of the Plume Project, another Knight Arts Challenge Grant winner and a wonderfully out-of-the-box approach to public art. Nick Nelson, a video production technician for the city of St. Paul, worked with the artists to make a video about the project. Take a look.