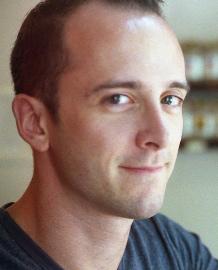 For Peters, his appointment is a homecoming. Born and raised in the Twin Cities, he was a member of the Greater Twin Cities Youth Symphonies and earned his bachelor’s degree at the U of M before going to Yale for his master’s. His teachers included John Snow, the Orchestra’s acting principal oboe since Basil Reeve retired in 2012.

“I grew up coming to Minnesota Orchestra concerts and listening to this group,” Peters said in a statement. “It’s the sound I hear in my head when I think of a symphony orchestra.”

Peters first played with the Orchestra at 18 as a finalist in the Minnesota Idol contest, a Sommerfest event. He has performed with the Orchestra several times since; he can be heard on the Grammy-winning recording of the Sibelius Symphony No. 1 and took part in the recent tour to Cuba.

Peters is also a conductor and a teacher. He has appeared with many orchestras as a soloist and has premiered several works by contemporary composers including Aaron J. Kernis, John Adams and Jocelyn Hagen.

“Joseph is an outstanding musician who will be a strong leader of this section,” Vänskä said. “We are excited to welcome him into the orchestra family and back home to Minnesota.”

Peters begins his Minnesota Orchestra position with the New Year’s concerts on Dec. 31 and Jan. 1, which launch the orchestra’s month-long Beethoven marathon.

Minnesota Orchestra board member and donor Douglas Leatherdale has died. A former chairman and CEO of the St. Paul Companies, which he joined in 1972 and led from 1990 – 2001, he was also on the board of UnitedHealthcare.

He and his wife, Louise, gave millions of dollars to organizations in the Twin Cities and Winnipeg, where the Canadian-born Leatherdale attended college. Earlier this year, in May, they donated $5 million to the Minnesota Orchestra over the next five years to create the Douglas and Louise Leatherdale Music Director Chair in honor of Music Director Osmo Vänskä.

Leatherdale died last Sunday, his birthday. He was 79.

“Arrive early” and “allow extra time” are instructions we’ve gotten used to. As of last weekend, they apply to our theater-going experiences at Hennepin Trust venues. The reason: new security measures, a result of the world we live in.

If you’re heading out this weekend for “Cirque Dreams Holidaze” at the Orpheum, Lorie Line at the State or the Blenders at the Pantages, here’s what you can expect, according to an email sent to subscribers and ticket holders: “Professional security personnel will be using metal-detecting wands and bag searches to scan for prohibited items.”

Large purses, oversized bags and backpacks are now prohibited. So are selfie sticks and drones. Here’s the updated list of things you should leave at home, or be prepared to secure elsewhere before entering the theater.

The Trust suggests arriving 30 minutes prior to the scheduled performance time so you’re sure to be in your seat at the top of the show. Doors open an hour in advance.

Spokesperson Karen Nelson said, “We thank people for understanding and ask everyone to understand that it’s a precautionary measure to increase safety.”

Most of us chronically late types have learned through bitter experience that early is better than late. Even the half-hour mark feels like cutting it close, especially if you’re parking a car. Just saying. 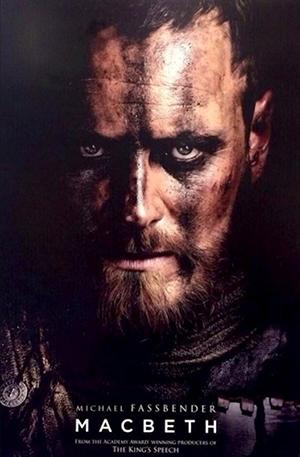 The Film Society is on a Shakespeare tear.

Starts today (Friday, Dec. 11) at the Film Society’s St. Anthony Main Theatre: “Macbeth.” Michael Fassbender as the Thane of Glamis? Oscar winner Marion Cotillard as Lady Macbeth? The trailer looks amazing and we want to see more. One critic wrote, “Michael Fassbender’s ‘Macbeth’ is Shakespeare meets ‘Game of Thrones,’ ” meaning that as a good thing. The text has been abbreviated, in case you feel strongly about that. FMI, trailer, showtimes and tickets ($6-$8.50). Ends Dec. 24.

On Sunday, Dec 13: The Royal Shakespeare Company’s “Henry V,” with Alex Hassel (who also played Hal in “Henry IV” Parts I and II). This is a stage play, filmed live at the Royal Shakespeare Theatre in Stratford-on-Avon. One showing, at 1 p.m. FMI etc.

Saturday at Magers & Quinn: Book signings. This has been a banner year for books by Minnesota authors. Magers & Quinn is bringing in a small army of authors to sign their books for you, because signed books make great gifts. 12 p.m.: Kerstin March, “Family Trees and Branching Out.” A love story set in Bayfield, Wisconsin and the Apostle Islands. 2 p.m. Tracy Singleton, Marshall Paulsen and Beth Dooley, “The Birchwood Café Cookbook.” Stories, memories and recipes for “good real food” from the beloved restaurant. 2 p.m.: Beth Dooley: “In Winter’s Kitchen.” Eloquent essays celebrate local food, its growers and makers.

Saturday at the Grain Belt Bottling House: Midway’s 8th Annual Monster Drawing Rally. More than 75 artists will sit at long tables, drawing like crazy. Completed drawings will be hung on the walls. Fans will circle and try to be first to nab the drawings they want; all are $35. Drawing rounds start at 6 p.m., 7 and 8. It’s kind of a madhouse but a lot of fun and you might bring home an original work of art, or two by a local luminary. All proceeds benefit Midway’s programming. Admission is free. Cash bar and food trucks. FMI, with list of participating artists; most of the names are hotlinks so you can check them out ahead of time. 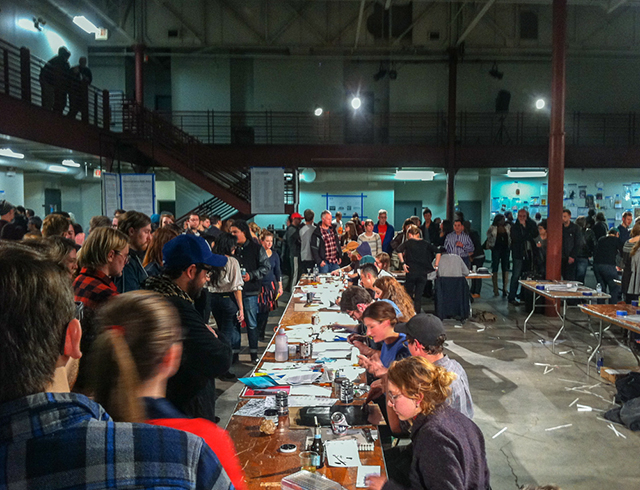 Monday at Penumbra Theatre: “Visual Revolution: The Art of Emory Douglas.” Douglas was the Minister of Culture and art director for the Black Panther Party from 1967 through the early 1980s, when the party disbanded. He oversaw the design and layout of the party’s weekly newspaper, which included his own colorful illustrations. Some of his work is featured in the Walker’s current exhibition “Hippie Modernism,” and this event is presented with the Walker and Juxtaposition Arts. Sarah Bellamy hosts an evening with Douglas, the Walker’s Nisa Mackie and Juxta’s Roger Cummings. Refreshments and light bites available at 5:30 p.m., followed by a 90-minute presentation and discussion. FMI and tickets ($15).

Tonight at the Guthrie: “A Christmas Carol.” This splashy Guthrie production has been a holiday tradition for 41 years. Here’s to many more. Joe Chvala directs Crispin Whittell’s adaptation of the story we know by heart. On the Wurtele thrust stage. FMI and tickets ($20.50 – $116). Ends Dec. 27. If you go, consider bringing a nonperishable donation of food or household products; collection bins are in the Level One lobby.

Tonight through Sunday at Orchestra Hall: Handel’s “Messiah.” The big one, with the mighty Minnesota Orchestra, the mighty Minnesota Chorale and a cast of singers. Young conductor James Feddeck is already known for his “Messiah” interpretations. Friday and Saturday (8 p.m.) are concert performances, Sunday (2 p.m.) is a sing-along led by the Chorale’s conductor, Kathy Saltzman Romey. FMI and tickets here (concert; $25-$70) and here (sing-along; $12-$25).

Note: On Thursday, Dec. 17 and Friday, Dec. 18 at the Basilica of Saint Mary, the Chorale will perform “Messiah” with the SPCO led by Matthew Halls. More seats have been added to those previously sold-out performances. FMI and tickets. On Saturday, Dec. 19, they’ll move to the Ordway Concert Hall. There’s a wait list for that one.