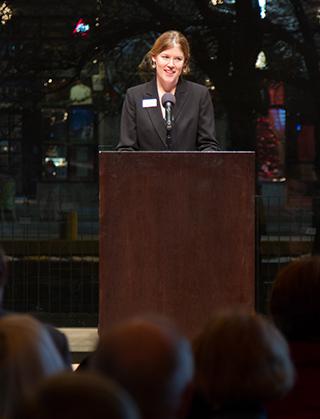 What a difference 22 months can make. Less than two years after the end of a rancorous 16-month lockout that silenced Orchestra Hall and divided the board, the Minnesota Orchestra’s annual meeting Wednesday was full of upbeat news, giddy good feelings and a shared sense of optimism and relief.

Board chair Warren Mack told the crowd in the Target Atrium that the FY 2015 budget had been officially balanced, with the audited results showing a surplus of $15,000 on a budget of $31.1 million. More than 7,000 donors made contributions totaling $18.1 million. Audiences filled Orchestra Hall to 83 percent capacity. (Looking back, very briefly so as not to spoil the mood, FY 2014 ended with a deficit of $650,000. The 2012 shortfall was $6 million.)

“There is no question that there are still plenty of mountains to be climbed ahead,” Mack said. “I’m convinced that the model of a large, world-class symphony orchestra is no easier to support today than it was in Mozart’s time. I’ve been dipping into a great history – not in print – written after the first 50 years of this orchestra, and it turns out that the challenge of balancing the budget and making everything work was difficult every one of the first 50 years. So it’s with us.” Had that kind of perspective been around a few years back, the music world’s longest lockout might not have happened.

The balanced budget had been preliminarily announced in September, so the biggest news of the evening came when Kate Nettleman, the orchestra’s acting associate principal bass, announced a $250,000 gift to the orchestra from the musicians. The money – income earned by a 501(c)3 nonprofit formed by the musicians during the lockout, from self-produced concerts and private donations – will be used to establish a musician-led “Bellwether Fund” to support education and community programming. The nonprofit will be dissolved.

The gift was made in memory of orchestra friend and advocate Lee Henderson, who died suddenly in April. “ ‘Bellwether’ is a Lee word,” Nettleman said. “It’s an indicator of direction. It’s a leader. Lee’s vision, and his extraordinary energy, were crucial in helping our orchestra get back on its feet so quickly following the lockout.” 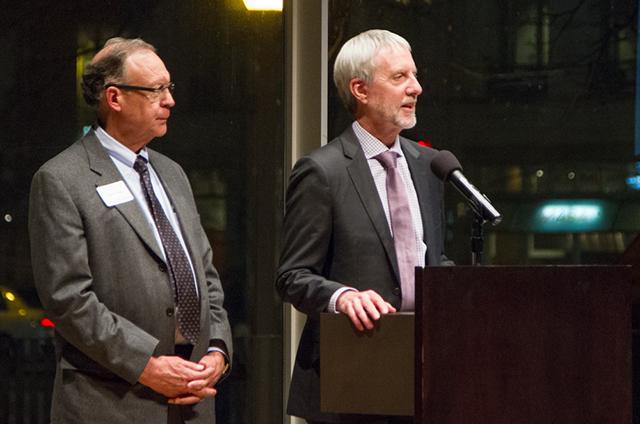 This might have been the first use of the L-word during the meeting. But Nettleman wasn’t through. “On this day, we’re afforded a unique and historic opportunity,” she said. “The announcement of the musicians’ gift allows us together to acknowledge the painful past of the lockout, but it also grants us the grace of a constructive, collaborative way forward together. … It grants us healing.”

With that, it seemed a corner had been well and truly turned. Marilyn Nelson, a life director on the orchestra’s board, stood and asked that the meeting minutes show “that we receive this gift in the spirit in which it’s given – a spirit of trust and shared dreams for the orchestra and the community.” Mack took a vote and everyone said aye.

In his closing remarks, orchestra president and CEO Kevin Smith said, “A year from now, we will reconvene to review this current fiscal year. I’m not sure what my remarks will be, but I can assure you there will be no reference to the lockout or our post-lockout history.”

Music Director Osmo Vänskä was not at Wednesday’s meeting. He’s in Japan, conducting Sibelius in Tokyo.

The Walker’s annual report, released Monday, reviewed the many triumphs of its 75th birthday year. The festivities began in September 2014 with the art center’s most successful ever “Avant Garden” benefit, which drew 800 guests and netted more than $625,000 in support of operations and programs.

The Walker balanced its annual budget for the 34th consecutive year, held onto a $201.3 million endowment and secured most of the $75 million needed to complete an extensive campus renovation, now under way, that will join the building to a reconstructed Sculpture Garden with a new entry pavilion, plant hundreds of trees, and commission more artworks. 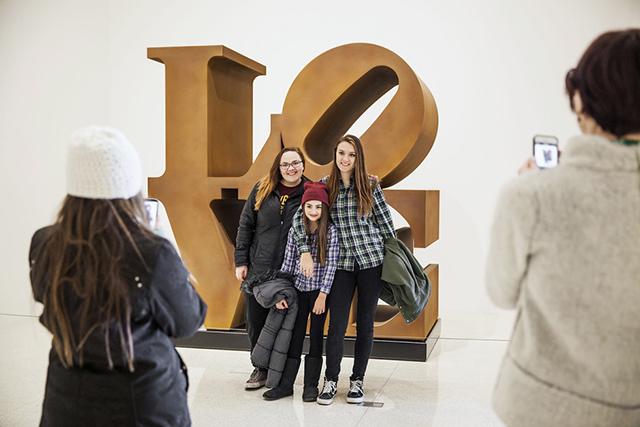 Responding to a three-year initiative, nearly 100 patrons donated more than 250 works of art, adding 50 artists not previously in the collection. Seven households promised all or part of their private collections to the Walker.

Attendance was up; more than 696,000 people visited the Walker campus, and 82 percent of those visits were free. Popular exhibitions and events included “International Pop” (75,000 visitors), “Rock the Garden” (19,000 attendees) and Artist-Designed Mini Golf (more than 40,000 golfers of all ages).

The Walker remains one of the top five most visited modern and contemporary art museums in the U.S. Outside Minnesota, nearly 230,000 people saw touring exhibitions the Walker organized and shared with other museums.

How much are the arts and culture worth to St. Paul? A whopping $477 million in total economic impact annually, according to a new study out Tuesday from Minnesota Citizens for the Arts, the City of St. Paul and the Metropolitan Regional Arts Council.

“Creative Minnesota: The Impact and Health of the Nonprofit Arts and Culture Sector” found that 167 participating organizations – including the Ordway Center, Minnesota Youth Symphonies, Springboard for the Arts and Minnesota Museum of American Art – support the equivalent of 13,406 full-time jobs in the area. Each year, 7 million people attend nonprofit arts and cultural events in St. Paul.

Since 2006, the city’s arts economy has increased by $167 million. Its arts-friendly mayor, Chris Coleman, said in a statement, “As I have said throughout my administration, you can’t have successful economic development if you don’t make arts and culture an integral part of the plan. Artists define our cities – they’re the pulse.”

Starts Friday (Dec. 4) at the St. Anthony Main Theatre: “Mediterranea.” Ayiva and Abas are close friends from the poor West African country Burkino Faso, determined to get to Italy, find work and provide for their families back home. Nothing they experience on the way – not bandits, a treacherous sea voyage or arrest – prepares them for the hostility and violence that await them. Writer/director Jonas Carpignano tells his timely, topical and devastating story with a nonprofessional cast. FMI, tickets and trailer. Ends Dec. 10. 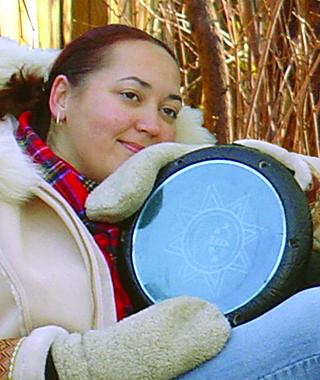 Friday at MacPhail’s Antonello Hall: “Perekotypole.” The word means “tumbleweed,” and here it’s a metaphor for Ukrainian immigrants including poet Nadia Lan, one of the founders of the Ukrainian community in the Twin Cities. SAGE Award-winning composer Natalie Nowytski sets 13 poems by Lan, her great-grandmother, to original music that draws from many traditions: Ukrainian, Balkan, American gospel and bluegrass. Performed by Mila Vocal Ensemble, the Twin Cities-based women’s Eastern European choir, about which Garrison Keillor has said, “Mila sings chords that Lutherans do not have in them.” 7 p.m. $10 at the door. 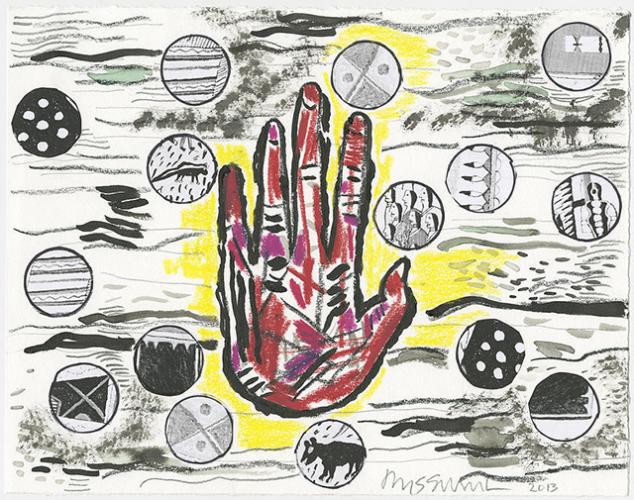 Opens Friday (Dec. 4) at Red Eye Theater: “A Midwinter Night’s Revel.” Walking Shadow’s new play is a sequel to, not a retelling of, Shakespeare’s “A Midsummer Night’s Dream.” Set in England during World War I, it features some of the old familiar characters –Puck, Titania and Oberon – and several new ones including a wounded soldier, a woman waiting for news of her husband and a father with knowledge of the ancient arts. Familiarity with Shakespeare is not required, but it will add some extra salt to your experience. By John Heimbuch, directed by Amy Rummenie. 7:30 p.m. FMI and tickets ($22; many performances have variable price ticketing). Ends Dec. 30.

Opens Friday at Open Window Theatre: “The Lion, the Witch and the Wardrobe.” Open Window knows and loves C.S. Lewis, having produced three earlier plays based on his life and/or work. Dramatized by Joseph Robinette, directed by Joy Donley, this classic tale of good vs. evil is performed by child and adult actors on the theater’s recently expanded performance stage, with battle scenes. There’s a brief appearance by Father Christmas; children may meet him after the play and receive a small gift. 7:45. FMI and tickets ($16/$22/$26). Ends Dec. 30.

Opens next Thursday, Dec. 10 at the Ordway: “The Sound of Music.” Gary Briggle directs the Ordway’s new production of Rodgers & Hammerstein’s musical, full of a few of our favorite things: a great story, wonderful characters and songs we know and love. With Billie Wildrick as Maria, Dieter Bierbrauer as Captain von Trapp and eight local actors as the von Trapp children.  FMI and tickets ($34-$126).