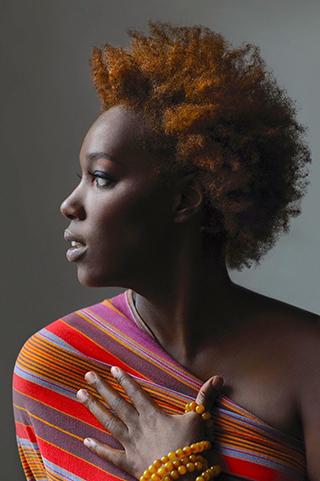 We’ll see two important new works at Penumbra Theatre and the Walker Art Center in 2017, each supported by a $50,000 cash award from the Joyce Foundation. Both are collaborations between artists of color and major cultural organizations.

St. Paul’s Penumbra will commission musician and composer Imani Uzuri and playwright Zakiyyah Alexander to stage “GIRL Shakes Loose Her Skin,” a play that revisits work from the Black Arts Movement and presents it in a fresh, vibrant way.

Minneapolis-based Ragamala Dance Company will commission choreographers/performers Aparna Ramaswamy and Kyle Abraham to create a new work to be presented at the Walker, with live music from violinist and composer Colin Jacobsen.

Ramaswamy, co-artistic director of Ragamala, and Abraham, a Philadelphia native and MacArthur Fellow whose company, Abraham.In.Motion, is based in New York (and who last performed at the Walker in 2013), will explore concepts of identity and place, drawing on their own experience of cultural hybridity. Community discussions and workshops will inform and help shape the piece. 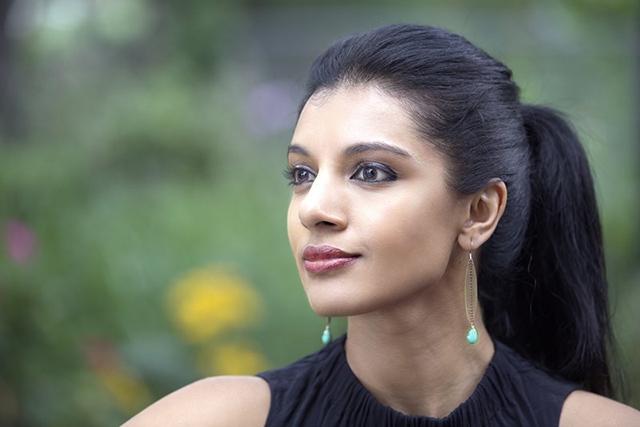 Two other winners of this year’s Joyce Awards are Detroit visual artist Charles McGee and Chicago visual artist Juan Angel Chávez. McGee will work with the Wright Museum to create what he has described as his largest and perhaps final outdoor piece (McGee is 91). Chávez will create a large-scale public art installation for the Chicago Children’s Museum.

Headquartered in Chicago, the 67-year-old Joyce Foundation works to “improve quality of life, promote community vitality and achieve a fair society” in the Great Lakes region (Illinois, Indiana, Michigan, Minnesota, Ohio and Wisconsin); MinnPost is a current grantee. The Joyce Awards specifically support artists of color to create new work and engage with the community. Since the program began in 2003, more than $2.6 million has gone to commission 50 new works.

The passage of the Every Student Succeeds Act, signed into law by President Barack Obama last Thursday, is already controversial, but at least “arts” is no longer a four-letter word. In a written statement issued that day, Robert L. Lynch, president and CEO of Americans for the Arts, noted that “this law means that states must invest in new arts education learning standards and resourcing of arts education to encourage creativity in our nation’s classrooms.”

Under No Child Left Behind (NCLB), the arts were part of the national core curriculum, but they weren’t tested, so they were easily cut in budget crunches. Under ESSA, the arts are now included in the definition of a “well-rounded education.” “Well-rounded” subjects are eligible for Title I funds. The Assistance for Arts Education grant program provides dedicated funding for arts education. The arts will be integrated into STEM Programs (Science, Technology, Engineering and Mathematics).

Since NCLB became law in 2002, the arts have largely been left behind in kids’ education. Let’s see what happens as they’re invited back in.

We already know that the arts contribute more than a billion dollars to our state’s economy each year. Artists who want to share in that pie can improve their chances with Springboard for the Arts’ “Work of Art: Business Skills for Artists” series.

Available for free in digital form from Creative Exchange, a national hub developed by Springboard, “Work of Art” is a 12-part, step-by-step workbook and video series that guides artists through building a successful and sustainable career, from career planning to time management, marketing and social media, pricing, record-keeping, funding and developing a business plan. It’s based on a series of workshops that were taught to more than 5,000 artists in more than 80 communities in Minnesota, South Dakota, North Dakota, Wisconsin and Iowa starting in 2010. 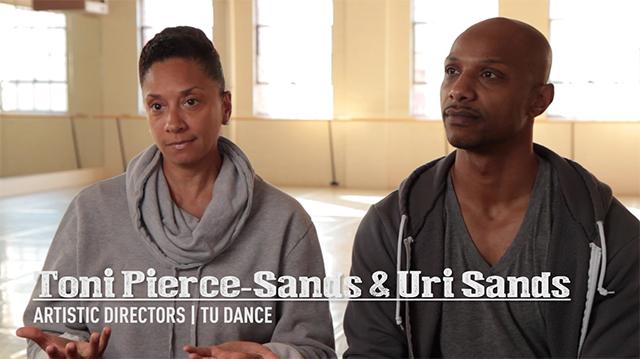 Springboard’s executive director and Creative Exchange founder Laura Zabel said in a statement, “ ‘Work of Art’ is aimed at replacing the myth of the ‘starving artist’ with that of the thriving, engaged creative entrepreneur who is able to do what they love, make an impact on their world, and be valued for it.”

Learn more about “Work of Art” and request it here. If you’d rather do your learning in a group, try the workshops Springboard offers through the Hennepin County Libraries and the St. Paul Central Library. They’re free, too.

Honestly, if you’re a working artist or want to be, it’s silly not to take advantage of this expert free help, or at least take a look.

Uh-oh, Christmas is next week. Don’t panic! Step away from halls-decking, cookie-baking and shopping to squeeze in another holiday show or three.

Tonight (Wednesday, Dec. 16) at the Bryant-Lake Bowl Theater: The 9th Annual Star Wars Holiday Special and Toys for Tots Benefit. The BLB continues its tradition of screening one of the weirdest, most widely scorned holiday specials ever. Its proximity to the opening of “Star Wars; The Force Awakens” on Friday (scream!) should make it even stranger and somehow more dear. They should pay us to watch it, but because it’s Christmastime, tickets are free if you show up with a toy donation. Shows at 4 p.m., 7 p.m. and 9 p.m. Doors a half-hour earlier. FMI, in rhyme. 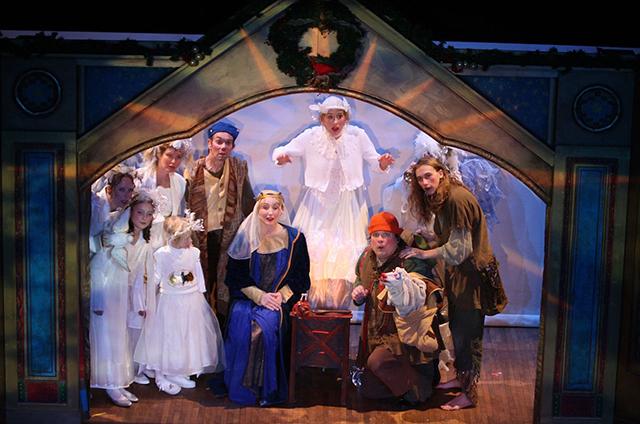 Tonight through Monday at Open Eye Figure Theatre: “The Holiday Pageant.” Michael Sommers’ retelling of the Mystery Plays and the Second Shepherd’s Play returns with the original cast that performed from 2001-2007, including Kevin Kling, Sarah Agnew, Luverne Siefert and Sommers as Lucifer. Composed and arranged by Victor Zupanc, the performance includes Christmas cookies for the whole audience. Shows at 7:30 p.m. all nights, with added matinees at 2 p.m. Saturday and Sunday. Ends Dec. 21. FMI and tickets ($12-$25).

Thursday through Saturday at the Mill City Museum: “An ‘Eventually’ Christmas: Holidays at the Mill.” Based on real stories from the 1920 Washburn-Crosby holiday party (the Museum was once the Washburn A Mill; Washburn-Crosby later became General Mills), written by playwright Joseph Scrimshaw, performed by a cast of professional Twin Cities actors, this play is performed in the museum’s Flour Tower elevator ride, with scenes unfolding on different floors of the mill. How cool is that? Shows at 6, 7 and 8 p.m. Thursday and Friday, and at 5, 6 and 7 p.m. Saturday. FMI and tickets ($10-$14). 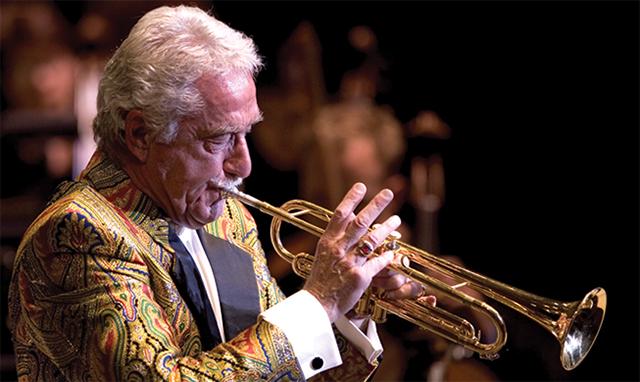 Friday and Sunday at Orchestra Hall: “Jingle Bell Doc.” The one and only Doc Severinsen – former leader of the “Tonight Show” band in the Johnny Carson years, trumpet player extraordinaire, flashy dresser and the Minnesota Orchestra’s pops conductor laureate – returns for his annual holiday visit. And yes, the Minnesota Orchestra performs on this program.With vocalists Vanessa Thomas and Joseph Wolverton, a jazz trio including local favorite Mary Louise Knutson on piano, the extremely busy Minnesota Chorale and the Twin Cities Bronze handbell ensemble. Friday at 8 p.m., Sunday at 3 p.m. FMI and tickets ($30-$80).