Why spend your own money to watch 73 minutes of some other country’s commercials, many for stores where you can’t even shop? Because the “2015 British Arrows Awards” is a string of mini-movies that will make you laugh, gasp, tear up and go “Wow!” It’s a lot more entertaining than the new Bond film.

A 29-year tradition at the Walker returns this Friday, Dec. 4, when the first (sold-out) screenings will be introduced by British Arrows board director and Rogue Films founder Charlie Crompton (not, as previously announced, Fallon London’s Nick Bell). The Arrows are so popular that they take over both the Walker Cinema and McGuire Theater through the New Year, with more than 80 screenings scheduled.

It’s advertising on a grand scale, with stars, special effects, music and messages. It’s also an emotional rollercoaster. One moment you’re smiling about a man trying to talk his wife into buying a big TV so he can watch football (meaning soccer; this is Britain), the next you’re recoiling from grim scenes of deadly accidents or child abuse.

Most commercials have a story arc and many pack a punch. Some are three to five minutes long. A Kahlua ad is a novella, with Jeff Bridges and jazz, what look like “Breaking Bad” desert scenes and a wide-faced cosmonaut who falls from the sky. Two winning IKEA ads are fantastic, surreal and beautiful works of speculative fiction. A five-minute commercial for the Sunday Times featuring Brian Deer and David Walsh, the reporters who exposed Dr. Andrew Wakefield and Lance Armstrong as charlatans and liars after years of digging, is a reminder that investigative reporting still matters.

The clever Volkswagen commercials and their taglines (“You get what you pay for” and “Well worth it”) now seem sad in light of the emissions scandal. We wish two of our favorite ads hadn’t turned out to be promoting body spray. More than once, as you’re watching a small, touching cinematic masterpiece, you’ll pray, “Please don’t make this be about something stupid,” and it is, but that’s advertising. Sometimes.

Bring a notebook and a pen so you can jot down URLs or hashtags to check out later. If you want to know more about the star-studded BBC Music commercial set to the Beach Boys’ “God Only Knows,” this is for you.

Some of the winning commercials, including an interactive film, were created for the web. This is the first year the Arrows have officially acknowledged that the Internet is where most people go today for information and entertainment.

When you wonder, “Why can’t our commercials be as good as their commercials?” keep in mind that this is an awards reel, with each highly polished gem plucked from a mountain of dross.

FMI, screenings schedule and tickets ($12, $10 Walker members, students and seniors). Your ticket does more than get you into the Arrows. For a week, it’s also valid for a free gallery admission, $10 off a new Walker membership, and savings in the Walker shop and drinks.

For its 25th mainstage season starting in January, which now seems right around the corner, Pillsbury House Theatre will continue its tradition of confronting contemporary issues and not playing it safe. The three plays include two area premieres, one directed by Marion McClinton, and a twist on a classic Greek tragedy. 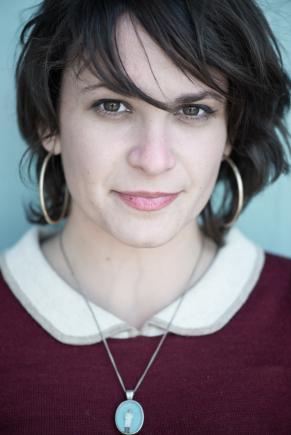 Tonight (Tuesday, Dec. 1) at Market Bar-B-Que: “Market Bar-B-Que Confidential” book release and author signing. Founded by brothers Willard and Sam Polski 69 years ago, Market Bar-B-Que is one of the three oldest family-owned restaurants in Minneapolis, the other two being Jax Café and Murray’s Steakhouse. Author Michael Swirnoff tells the story of a Twin Cities institution that moved several times but survived, earning a colorful past and hosting celebrities whose portraits line the walls. If you’ve ever stayed up too late, had a jones for pit-smoked ribs and headed out to the Market, and/or you’re interested in Minneapolis city history, you’ll enjoy this new book from regional publisher Nodin Press. 7 – 9 p.m. Free hors d’oeuvres.

Wednesday at the Dakota: Diane Schuur. She has a big, bright, beautiful voice and she knows how to use it, lacing words and phrases together with her signature vibrato. Touring behind her latest release, “I Remember You (With Love to Stan and Frank),” with 12 songs previously recorded by her mentors Stan Getz and Frank Sinatra, the two-time Grammy winner will fill the Dakota with her sound and her personality. 7 and 9 p.m. FMI and tickets ($45-$25).

Wednesday at the Fitzgerald Theater: Talking Volumes with Jane Smiley. After reading Kim Ode’s interview with Smiley, we want to reread her Pulitzer Prize winner, “A Thousand Acres,” then start right in on her “Last Hundred Years” trilogy. But we’ll need to take a month off; Smiley writes big books. She’s here to talk about the final installment in the trilogy, “Golden Age.” MPR’s Kerri Miller hosts. 7 p.m. FMI and tickets ($25-$50).

Thursday at Minneapolis Central Library: Talk of the Stacks with B.A. Shapiro. Her previous New York Times bestseller, “The Art Forger,” revisited the famous, still unsolved theft from the Isabella Stewart Gardner museum. In her latest, “The Muralist,” Shapiro returns to the art world, only now it’s the dawn of Abstract Expressionism. Among other things, she’ll talk about how she weaves together historical figures (Eleanor Roosevelt, Lee Krasner, Mark Rothko) with fictional characters. Doors at 6:15 p.m., event at 7. First-come, first-served. Free.

Thursday at the James J. Hill Center: David Greilsammer. For the second concert in its 2015-16 season, Schubert Club Mix tries a new venue: the stately, books-filled Hill Center, a St. Paul landmark with high ceilings, marble columns and floors. It seems like the ideal setting for an evening of sonatas by Domenico Scarlatti and John Cage, two composers not usually mentioned in the same sentence. Moving between a piano and a prepared piano, conductor and pianist Greilsammer – born in Jerusalem, educated at Juilliard – makes their pairing sound logical, even inevitable. Here’s a taste. Dreamy, ethereal, otherworldly. 7:30 p.m. FMI and tickets ($30/$12 student rush with ID).

Saturday afternoon at the State Theatre: The New Standards Holiday Show. Chan Poling (piano), Steve Roehm (vibes) and John Munson (bass) have been putting on fun, excellent and swinging holiday shows for nine years, but hardly any have included matinee performances. This one is for the whole family – moms and dads, kids and grandkids, whoever happens to be around. They promise no swearing, drunken Santas, dancing devils or cigarettes, but definitely “hits and also special performers of rare abilities unique to the matinee show.” 2 p.m. FMI and tickets ($24-$60).