Reading the Glance has always been less like reading, more like eavesdropping on two witty, lippy friends in a coffee shop.

Since starting their column of “unasked-for-advice about clothing, etiquette, culture, relationships, grooming and more” 10 years ago at the suggestion of former editor Susie Hopper, Nelson and Peck have written some 500 Glances. The Dec. 27 edition will be their last. “We never intended that it would go 10 years,” Peck said by phone last week. “It was just a fun idea.” It was also a diversion from their usual gigs: Nelson’s as restaurant critic, Peck’s as arts editor (now senior metro editor, nights).

We’re marking the column’s departure for several reasons: its longevity, its consistency (you could always count on the Glance to be an entertaining read) and its uniqueness. As far as we know – as far as Peck knows – “Withering Glance” has been the only openly gay column in a large-circulation U.S. mainstream metro newspaper. “We have gay columnists,” Peck said, mentioning the New York Times’ Frank Bruni as an example, “for mainstream papers, but they tend to take on more serious issues, and this has been for the most part a humor column.”

Did they ever get pushback about the gayness of the Glance? “I can honestly say never,” Peck said. “When we first started, there were some reader comments that [the column] was frivolous and lightweight and beneath our dignity, and I felt that … some of those words were code for ‘it’s too gay’ … But we never got any pushback from previous or current leadership of the Star Tribune on the fact that it was a couple of homos quipping.”

At first the Glance was going to be an asked-for advice column where Nelson and Peck would respond to letters or emails from readers. “We quickly decided that it would be kind of boring to be bound by actual letters from actual people,” Peck said. Early on it was more essay-like. Peck credits their Star Tribune editor (and music critic) Jon Bream with making the column more conversational.

How do they write it? “Back and forth on the computer,” Peck said, “but we usually either meet or talk, or one of us says, ‘Oh my God, we’ve got another one to do, what are we going to write about?’ ” Peck once suggested dust bunnies as a topic. “It doesn’t have to be about anything very momentous; just something that will get the ball rolling and allow us to wisecrack through the 18 [column] inches that it takes to fill it out.”

What is their relationship in real life? “We are great friends and we have been for years. But we get more reader response when we dig on each other – never in a cruel way, but sometimes in a pretty sarcastic way. … Rick would always come across as the nicer one and I’d come across as the meaner one, and it was all an act.”

Nelson and Peck haven’t yet decided on the topic of the final Glance, but one of the three remaining columns will be “The Year in Gay,” their traditional look back at the year’s LGBT calendar. Maybe they’ll write another “Things We Love” or “Things We Hate” and throw in one or two WIKYs, short for “Would It Kill You?” A Nelson example: “WIKY, Minnesota legislators, to wake up, smell the consumer demand and legalize Sunday retail liquor sales already?” And a Peck: “Airlines, WIKY to allow a simple flight change without taking a pound of our flesh?” Amen to both.

After that, we’ll miss the wit and genial repartee of a column that broke ground like it was no big thing.

Tonight (Tuesday, Dec. 8) at Subtext: Larry Millett presents “Minnesota Modern: Architecture and Life at Midcentury.” A hardcover approaching 400 pages, Millett’s latest is too big for a stocking but just right for anyone interested in midcentury modernism. We saw him speak at Christ Church Lutheran a couple weeks back and found him fascinating. Signed books make great gifts. 7 p.m.  Free.

Friday at Theatre in the Round: “Black Coffee.” When an inventor is found murdered and his formula stolen, Hercule Poirot steps in to solve the mystery. This TRP favorite was Dame Agatha Christie’s first play and the only one to feature her beloved Belgian detective. 8 p.m. FMI and tickets ($22). Ends Dec. 20.

Wednesday at the Park Square Theatre: “Jacob Marley’s Christmas Carol.” We know that Ebenezer Scrooge was cured of his curmudgeonly ways, but what of Jacob Marley, his equally cold-hearted business partner? Park Square’s artistic director Richard Cook calls Tom Mula’s play “a sweet little fable of resurrection through giving.” Dane Stauffer stars as Marley and all the other characters in this one-man show, a Park Square holiday tradition now on the new Boss Stage. FMI and tickets ($40/$60). 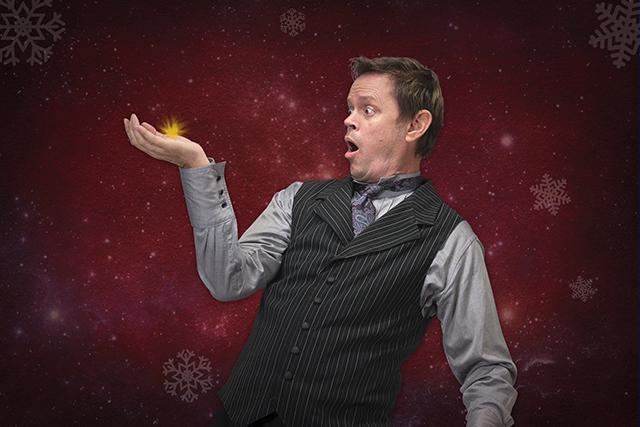 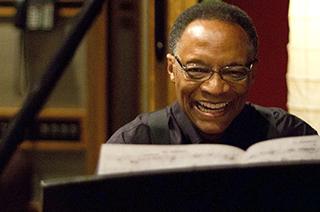 Wednesday at the Dakota: Ramsey Lewis Quartet: The Sound of Christmas. In 1961, the Ramsey Lewis Trio recorded an album called “The Sound of Christmas” for the Argo label. Fifty-four years later, the ageless Lewis, now a living jazz legend, still celebrates the season at the keyboard. He’ll be here with Philip Bailey of Earth, Wind & Fire. 7 and 9 p.m. FMI and tickets ($50-$30).

Thursday at the James J. Hill House: Mill City String Quartet Holiday Celebration. A lovely way to spend an evening. Start with a concert in the art gallery – seasonal favorites in a variety of styles (jazz, tango, swing and more) performed by the Mill City String Quartet. Stick around for a free 30 – 45 min. tour of the famous stone mansion, now decked out for Christmas as the Hills used to do it, with a tree and greens. Doors at 6:30, concert at 7. Free. First-come, first-served, so plan to arrive early.