A theater critic writes about theater, a music critic covers music. Artscape, for better or worse, knows no such bounds. Of the many things we saw, heard and experienced in 2015, these rose to the top. They’re listed here in chronological order from January through Tuesday night, with no ranking implied or intended.

Things to do between now and Jan. 5, when Artscape returns to its regular programming.

Friday through Monday, Dec. 25-28 at the Dakota: The Bad Plus. Bassist Reid Anderson, pianist Ethan Iverson and drummer Dave King return for their annual Christmas residency. Four days, eight sets, no two even remotely alike. 7 and 9 p.m. FMI and tickets ($40). 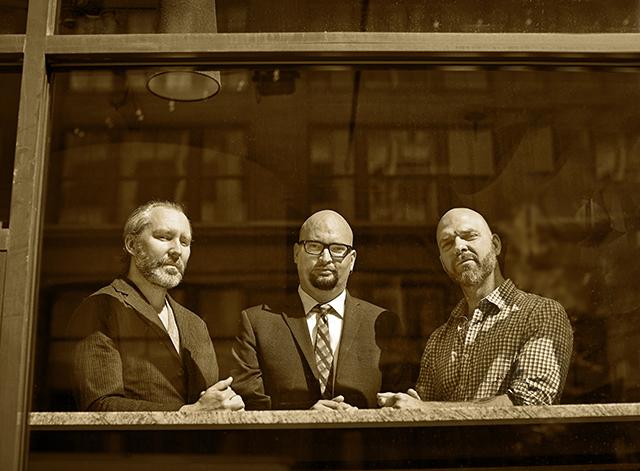 Photo by Jay Fram
The Bad Plus

Thursday and Friday, Dec. 31 and Jan. 1 at Orchestra Hall: A Joyous New Year: Beethoven’s Ninth Symphony. Osmo Vänskä leads the orchestra in the “Choral” and the First in two concerts you probably can’t get into if you don’t already have tickets. Sorry about that. But you can still get your Beethoven on, because the orchestra is performing all nine symphonies and all five piano concertos in a Beethoven Marathon that continues through Jan. 16, with Vänskä conducting and the brilliant Yevgeny Sudbin at the piano. Tickets to Beethoven’s Fifth are tight but other concerts still have availability. FMI and tickets on all concerts; prices vary.

Sunday, Jan. 3 at TPT: “Downton Abbey: The Final Season” Viewing Party. Watch the first episode of the final season with like-minded fans in TPT’s newly renovated digs. Wear a costume if you want. Reservations are required and a $5 donation is requested. FMI and link to reservations.

Sunday and Monday, Jan. 3 and 4 at the Dakota: Tribute to James Brown: Sonny Knight and the Lakers with Fred Wesley and Jabo Starks. Trombonist Fred Wesley was music director for James Brown and the JBs and one-third of the JB Horns; John “Jabo” Starks played drums in James Brown’s band. 7 and 9 p.m. both nights. FMI and tickets ($20-$35).