With the holidays over, we no longer have to view Dark & Stormy Productions’ current play through the lens of counter-holiday programming, something the company has become known for in its three short years. Amid glittering Nutcrackers and joyous Messiahs, D&S has brought us blasé torturers (Adam Bock’s “The Receptionist” in 2013), evil bureaucrats (Harold Pinter’s “Hothouse” in 2014) and now, in William Mastrosimone’s “Sunshine,” which ends this weekend, a sex worker who indulges men’s fantasies from behind glass for a dollar a minute.

“Sunshine” is the most straightforward of the three. While “The Receptionist” was surreal and “Hothouse” terrifying, “Sunshine” is about two damaged people trying to find their way to each other. Set in 1995, it’s a bit of a time warp – phones have cords, cameras have film, sex workers are in booths instead of online – but those are minor details.

The two are at opposite ends of emotion. She fakes hers to do her job, telling clients she loves them so they’ll push more money through the slot in the front of her booth. He buries his to care for the wounded, the dying and the better off dead. She makes excuses for the husband who has only hit her “a couple times, and once I deserved it.” He waits for his wife to call; they separated after what he describes as seven years of “wondering what mood she’s in so I could know what mood I’m supposed to be in … and if I couldn’t figure the right mood, I got two weeks of her silence.” He has left messages on her answering machine (time warp!) for the past 14 days. “This chick’s hard, doc. Hard. And selfish,” Sunshine says.

As they get to know each other, it’s scary for both of them. “I wish I had a glass in between us like at work ’cause then I could be myself,” Sunshine says at one point. Nelson responds to a rare moment of pure truth from her with “[Is] this part of your routine?” But their lives are changing before us, and during the hour we spend in Nels’ apartment, they become people we care about.

This is D&S’s second Mastrosimone play, after last year’s acclaimed and totally different “Extremities.” Neither has a tidy ending. “Sunshine” offers a glimmer of hope, but we can’t be too sure about that. Like “Extremities,” “Sunshine” is directed by Mel Day and performed in a studio on the second floor of the Grain Belt Warehouse, an Artspace building where D&S’s next play, not yet announced, will also take place. It’s a good space, not fancy, that brings the actors and audience close to each other, a situation so intimate that the night we were there, one audience member felt free to strike up a conversation with Marsh as she introduced the play.

As the title character, Marsh – who has acted in all seven D&S shows since the company’s 2012 debut – is sexy and sweet, calculating and crude. Sunshine has had a hard life, but she dreams of something better. In one of the play’s most touching (and funniest) threads, she admits to using a vocabulary builder that hangs over her bathroom sink: “When I brush my teeth, I memorize the word of the day.” She works in “besmirch,” “castigate” and “brouhaha” while talking with Nelson. At first, Lennes’ performance as Nelson seems stiff and lacking in affect; as we learn more about him – and especially as Nelson tells Sunshine about rescuing a drowning girl – it makes perfect sense.

While the heart of “Sunshine” takes place in Nelson’s apartment, that scene is bracketed by two set in Club Paradise featuring Tony Sarnicki as Robby, a college student who falls hard for Sunshine’s charms, becoming obsessed, desperate and enraged. Feeding money he doesn’t have into Sunshine’s booth, he’s pitiful and menacing, an abuser in the making. Sarnicki’s performance is razor-sharp. What are we to make of Robby? Are we supposed to think he’s as much a victim of the sex trade as Sunshine? Mastrosimone may want us to go there, but that seems like a detour in what’s mostly a play about love in tough circumstances, and yearning for love.

Now at the Film Society’s St. Anthony Main Theatre: “Theeb.” Jordanian filmmaker Naji Abu Nowar is winning raves for his debut as a director, the first “Bedouin Western.” Set in 1916 in the land of “Lawrence of Arabia,” it’s the story of a boy named Theeb (“Wolf”) who must live up to his name on a treacherous journey while war rages in the Ottoman Empire. “Theeb” is on the 2015 Oscars shortlist for Best Foreign Language Film. In Arabic with English subtitles. Ends Thursday. FMI and tickets ($8.50; $5 on Discount Tuesdays).

“Theeb” has been called the first “Bedouin Western.”

Tonight (Tuesday, Jan. 5) in the Dunsmore Room at Crooners: Butch Thompson. After hearing Bill Carrothers play the new room’s 92-key concert Bösendorfer in December with the Dave King Trio, we can safely predict that Butch Thompson’s performance will be a thrill. 7 p.m. No cover, but there is a $15 minimum (spend on drinks or food). FMI. Reserve by calling 763-571-9020. 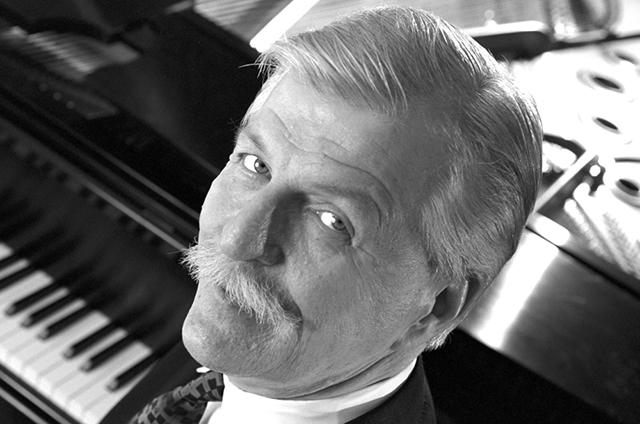 Courtesy of the artist
Butch Thompson

Tonight and Wednesday at a movie palace near you: “Sherlock: The Abominable Bride.” A fun and intriguing addition to the popular BBC series starring Benedict Cumberbatch and Martin Freeman. While the series is set in modern-day London, this special takes place (mostly) in Victorian England. See it on the big screen, with 20 minutes of additional footage, including a guided set tour of 221B Baker Street hosted by series co-writer/executive producer Steven Moffat and a short “making of” film. 7:30 p.m. Go here, click on “Buy Tickets” and enter your ZIP. 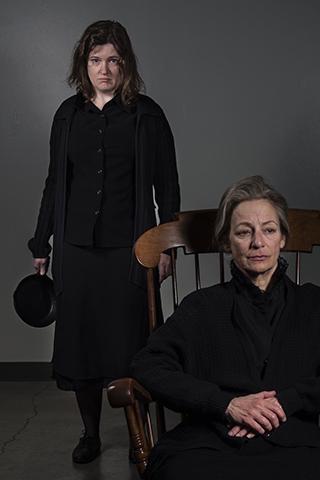 Opens Friday, Jan. 8 at the Park Square: Martin McDonagh’s “The Beauty Queen of Leenane.” Theatre Pro Rata brings Irish playwright McDonagh’s black comedy to the intimate Andy Boss stage. In what will be her first role of many for 2016, Sally Wingert stars as Mag, the spiteful, controlling mother, with Amber Bjork as her daughter, faded beauty Maureen. About the staging, director Carin Bratlie Wethern says, “We’re pulling the house right down into the thrust and into the audience’s laps.” 7:30 p.m. FMI and tickets ($40/$60). Wednesday and Thursday are pay-what-you-can previews.

For “A Prairie Home Companion” at the Fitzgerald with guest host Chris Thile on Jan. 30 and Feb. 6. Mandolinist, singer and songwriter Thile, a member of Nickel Creek and the Punch Brothers, has been tapped as the next host of the long-running public radio show; he officially starts in September. Get a taste of what that will be like at one or both of these live broadcasts. Garrison Keillor will not participate in either one. 4:45 p.m. FMI and tickets ($15-$49).

For Chick Corea and Béla Fleck at the Guthrie on April 18. The two virtuoso musicians – one a legendary jazz pianist, the other arguably the world’s greatest banjo player – have been on an epic tour since the fall of 2015 for their second live album, “Two.” We saw them last year and it was enchanting. Either can play anything on the planet, and their joy at playing together – at pushing each other, responding to each other, seeing what happens and making each performance uniquely creative and musical – is one of those rare and exceptional experiences. 7:30 p.m. Tickets ($45-$90) through the Guthrie box office; call 612-377-2224.