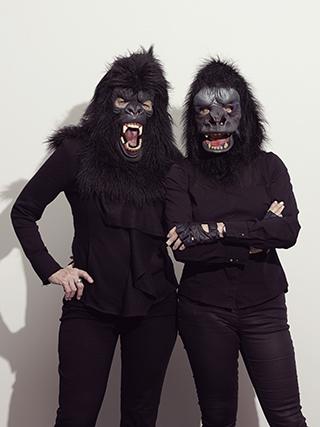 For the next several weeks, if you frequent arts events and spaces, it’s going to be hard to avoid the Guerrilla Girls and their boisterous work. The anonymous feminist art activists are celebrating the 30th anniversary of their seemingly endless effort to bring gender equity into the art world by “taking over” more than 30 arts and culture organizations in the Twin Cities and surrounding areas.

The Guerrilla Girls began their decades-long awareness-raising campaign with a series of provocative posters and stickers in New York City, including one that asked, “Do women have to be naked to get into the Met. Museum?” (At the time, fewer than 5 percent of artists in the Modern Art section were women but 85 percent of the nudes were female.) More recently, a Guerrilla Girls sticker art-shamed billionaire collectors, galleries and museums with the words “Art is soooo expensive! We totally get why you can’t pay all your employees a living wage!”

So this should be fun, and maybe change our local arts landscape along the way.

Here’s a schedule of events and exhibitions. A few highlights:

The Guerrilla Girls were on “The Late Show with Stephen Colbert” last Wednesday (and yes, he mentioned us, very exciting). Here’s that.

Between Talking Volumes seasons, MPR’s Kerri Miller is hosting a new series of conversations with authors called The Thread Live, after MPR’s online book club/news source The Thread. All take place at the Fitzgerald Theater.

Feb. 24: Eula Bliss, author of “On Immunity,” and Michael Osterholm, former Minnesota state epidemiologist and current director of the U’s Center for Infectious Disease Research and Policy, discuss vaccines, immunity and public health. April 5: Krista Tippett, host of “On Being,” talks about her latest book, “Becoming Wise: An Inquiry into the Mystery and Art of Living.” May 9: Louise Erdrich speaks on her new book, “LaRose,” the day before it’s released. June 10: Mary Roach discusses “Grunt: The Curious Science of Humans at War,” about ways to keep soldiers stay focused, healthy and sane. 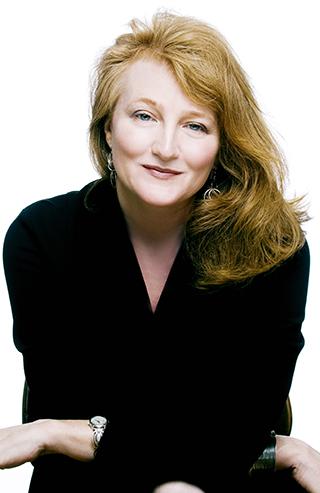 Thursday at the Ted Mann: 35th Annual Martin Luther King Jr. Tribute Concert. Performances honoring Dr. King and Dr. Reginald Buckner, founder of the annual concert, by the Grammy-nominated a cappella singing group Committed, winners of NBC’s “The Sing-Off,” plus vocalists Pippi Ardennia and Sheri Hixon. With Martial Besombes on piano, Yohannes Tona on bass and Brian Kendrick on percussion. 6 p.m. Free and open to the public; no tickets or reservations required.

Friday at the Fitzgerald: The Twin Cities Moth GrandSLAM: When Worlds Collide. Ten StorySlam champs tell tales of dog people vs. cat people, fire vs. ice, politics vs. truth, Krispy Kreme vs. tofu. Who will be named the Twin Cities Moth GrandSLAM Story Champion? Javier Morillo, creator and co-host of the “Wrong About Everything” podcast about Minnesota and national politics, hosts what’s sure to be a colorful and entertaining evening. Doors at 7:30 p.m., stories at 8. FMI and tickets ($22.50/$20.50).

Saturday at McNally Smith: 4th Annual Winter Jazz Blast Evening Concert. The end to a full day of workshops, performances and clinics for high school jazz bands, the celebratory concert features sets by the school’s Fusion Ensemble and Serbian Ensemble and a performance by the JazzMN Orchestra with saxophonist Kenni Holmen and student soloists. 6 p.m. FMI and tickets ($15/$5). 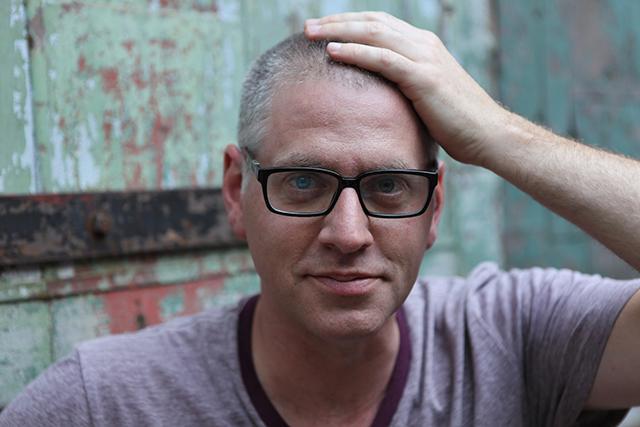 Saturday at Orchestra Hall: Jeremy Walker’s “7 Psalms.” While writing this evening-length work, composer/pianist Walker was inspired by Mozart and Bach, Duke Ellington and John Coltrane. These are not the most familiar psalms (there’s no Twenty-Third), but ones that have special meaning to Walker. Rather than change the sometimes challenging texts, he shaped his music to the words, then found Jason Harms, a singer with the voice of a preacher, to pull them off. Walker’s debut performance on the big stage (he’s also artistic director of Jazz in the Target Atrium) features Brandon Wozniak on saxophone (fresh from his own successful date with Dave King’s group at New York’s Winter Jazzfest), Jeff Brueske on bass and Tim Zhorne on drums. Tesfa Wondemagegnehu leads the Radio Choir from American Public Media in its public debut, and we’re very keen on hearing them. We’re told that Wondemagegnehu, who has a glorious tenor, might also sing. 8 p.m. FMI and tickets ($15-$45).

On sale now: Vänskä Conducts “Kullervo” at Orchestra Hall Feb. 4-6. This is the Sibelius piece the Minnesota Orchestra was playing in Carnegie Hall in 2010, when the New Yorker’s Alex Ross thought they sounded like “the greatest orchestra in the world.” That quote has gotten a lot of mileage and now it’s our turn to see if we feel the same. (OK, we probably will.) The performances will be recorded live by the famously finicky engineers of the Swedish label BIS for a future release. Also on the program: Kortekangas’ “Migrations” and Sibelius’ “Finlandia.” With mezzo Lilli Paasikivi, baritone Tommi Hakala and the YL Male Voice Choir of Finland. FMI and tickets ($25-$96).

Guerrilla Girls ‘taking over’ all over town — and beyond