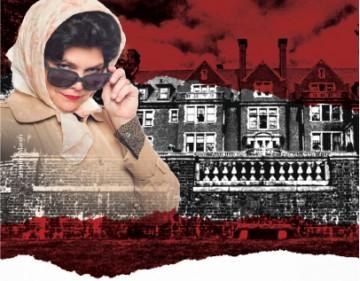 Sometimes life – or, in this case, the History Theatre – gives you second chances. Those of us who missed the History Theatre’s “Glensheen” last October can stop kicking ourselves. The musical by Jeffrey Hatcher and Chan Poling that became a blockbuster hit, selling at 98 percent capacity and winning mostly raves, returns July 6 for 16 more performances. And they’re bringing back the original cast: Jennifer Maren as Marjorie Caldwell, Dane Stauffer as Roger Caldwell, and the Ensemble – Wendy Lehr, Gary Briggle, Adam Qualls, Ruthie Baker, Sandra Struthers – playing all the other roles (including a criminal defense attorney named “Beshmesher”). Ron Peluso directs. Tickets are on sale right now ($40-$50 adults, $25-$45 seniors, $26-$31.50 under 30, $15 students). Ends Jul. 24.

Coming up at the History Theatre: “George Bonga: Black Voyageur.” Carlyle Brown’s new play about the Boundary Waters voyageur who tracks a fugitive Ojibwe warrior is directed by Marion McClinton, with James A. Williams in the title role. Opens Feb. 6. FMI and tickets ($38-$15). Ends Feb. 28.

Even sooner, the theater’s Raw Stages: New Works Festival staged readings provide first looks at plays in the making. Tomorrow (Wednesday, Jan. 13): Ruth Virkus’ “Disorderly Houses,” about turn-of-the-20th-century Minneapolis madams during the reign of corrupt Mayor Doc Ames. (Virkus is co-artistic director of Freshwater Theatre, which produced her play “Mrs. Charles” in spring 2014, which we liked very much.) Thursday, Jan, 14: “Sweet Land, The Musical.” Book by Perrin Post, lyrics and book by Laurie Flanigan-Hegge, music by Dina Maccabee. Based on the 2005 indie film by Ali Selim, adapted from Will Weaver’s short story “A Gravestone Made of Wheat.” Saturday, Jan. 16: Jessica Huang’s “Paper Daughters,” about one family’s migration to Minnesota during the time of the Chinese Exclusion Act. Sunday, Jan. 17: “Teen Idol: The Bobby Vee Story.” The musical journey of a kid from Fargo whose career began the day the music died. Will this be the History Theatre’s next “Buddy”? FMI and tickets for all. 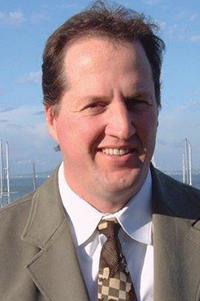 It seems the Minnesota Zoo will have a new president/director very soon. Following a global search, Minnesota native and nationally recognized conservation leader John Frawley is the zoo’s final candidate. The board will vote on the search committee’s nomination at its Jan. 27 meeting.

Frawley is currently president and CEO of San Francisco-based bay.org, a nonprofit working to protect, restore and inspire conservation of San Francisco Bay and its watershed. A graduate of Red Wing High School and Minnesota State University, he spent two years at Gladys Porter Zoo in Texas before working as a Minnesota Zoo zookeeper from 1988-92. He went from there to Knott’s Camp Snoopy (now Nickelodeon Universe) and Underwater World (now Sea Life Park) at the Mall of America, then to San Francisco in 1996, where his initial appointment as president and CEO of Aquarium of the Bay grew into leadership of bay.org, now Northern California’s largest watershed conservation group.

Frawley will succeed former president/CEO Lee Ehmke, who resigned in August. If approved by the board, he’ll start at the zoo in mid-February.

Two books published in 2015 by Carolrhoda Books in Minneapolis have won awards from the American Library Association. “The Book Itch: Freedom, Truth & Harlem’s Greatest Bookstore,” illustrated by Gregory Christie and written by Vaunda Micheaux, was named a Coretta Scott King (Illustrator) Honor Book. “Out of Darkness” by Ashley Hope Perez is a Michael L. Printz Honor Award winner for excellence in literature written for young adults.

MPR has announced the musical guests for the two Prairie Home Companion shows that Chris Thile will host on Jan. 30 and Feb. 6, and they are not too shabby. Jan. 30: Brandi Carlile, Ben Folds, Sarah Jarosz and Thile’s band mates, the Punch Brothers. Feb. 6: Andrew Bird, Paul Simon, Jarosz and the Punch Brothers. Yes, that Paul Simon. No surprise, Feb. 6 is already sold out, but tickets are still available for Jan. 30 ($15-$49).

Tonight at the Bryant-Lake Bowl Theater: Two Chairs Telling. What’s cozier than drinking a beer, eating a BLB burrito and listening to stories told live? Tonight they’re told by Michael Cotter, a third-generation farmer from Austin, Minn., and KBEM’s morning host Ed Jones. Stories of the land and season, theater, politics and life lessons. Doors at 6 p.m., show at 7. Tickets online or at the door ($10). Two Chairs Telling is funded in part by Legacy money.

Starts Wednesday at the American Swedish Institute: ASI 2016 Winter Film Series. This year’s films spotlight Swedish women directors. (BTW, rest of the world: fully half of all directors for films funded by the Swedish Film Institute, which backs most of the films made in Sweden, are women.) It begins with Lisa James Larsson’s “Ego,” a romantic comedy/drama in which the hero, Sebastian Silverberg, is sexy, superficial, and about to be hugely famous when everything changes. In Swedish with English subtitles. 7 p.m. Free, but seating is limited and registration is recommended. FMI, trailer and registration. Contains some sexual content and nudity. 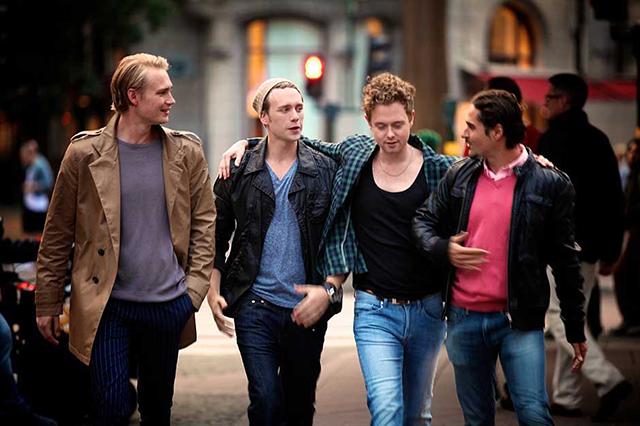 Thursday through Saturday at the Walker: Daniel Fish: “A (radically condensed and expanded) Supposedly Fun Thing I’ll Never Do Again After David Foster Wallace.” The Walker’s Out There festival continues with flying tennis balls, calisthentics and words from Wallace’s writings and recordings. Go Thursday and meet the artists at a postshow reception; go Friday and stay after for a Q&A with the artists; go Saturday and join a postshow conversation led by local artists and tour guides. 8 p.m. FMI and tickets ($20/$18 members). 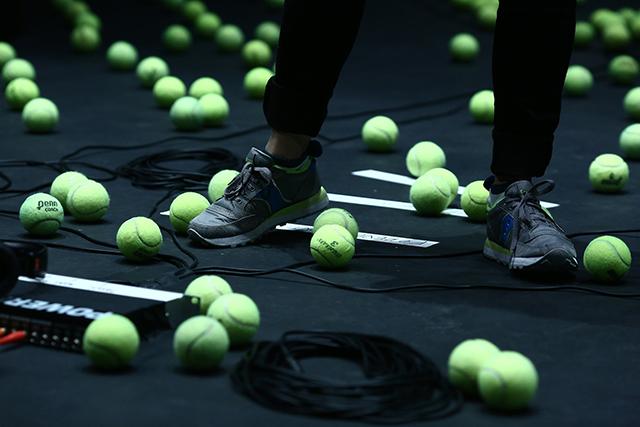 On sale now: Bill Frisell: When You Wish Upon a Star at the Dakota on Saturday, Feb. 20. For us at least, falling under Frisell’s considerable spell took some convincing; at first we just didn’t get him. Hearing him play “When You Wish Upon a Star” (we don’t remember where or when) pushed us over the edge. The great guitarist took a song written in the late 1930s for Walt Disney’s “Pinocchio” and filled it was so much hope, wistfulness and beauty that we almost couldn’t stand it. It’s on Frisell’s latest album, titled “When You Wish Upon a Star,” along with that other killer sentimental tune “Somewhere Over the Rainbow” and a wildly eclectic selection of more songs from TV and the movies. The track listing is fascinating: “To Kill a Mockingbird,” “You Only Live Twice,” “Bonanza,” “Psycho.” He’ll bring his band – violist Eyvind Kang, bassist Thomas Morgan, drummer Rudy Royston and singer Petra Haden (the late jazz bassist Charlie Haden’s daughter) – to the Dakota for two performances on one night. 7 and 9 p.m. FMI and tickets ($30-$40). 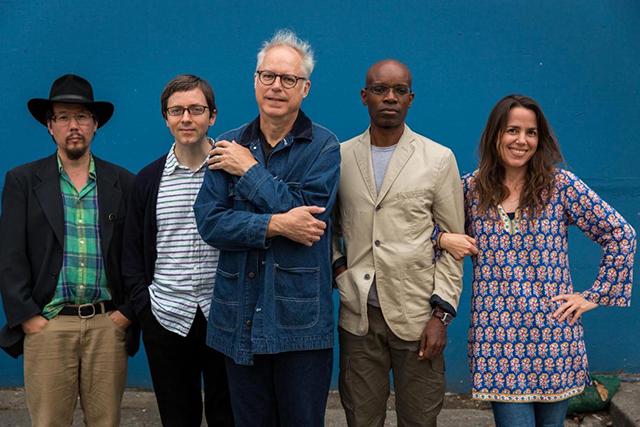 This is Frisell’s second February date at the Dakota. He’ll also be here Tuesday, Feb. 2 with Charles Lloyd, Reuben Rogers and Eric Harland, four-fifths of Lloyd’s new band The Marvels. One performance only, at 7 p.m. FMI and tickets ($50-$70).