On a school trip to New York in 1996, 7-year-old Julian Bliss bought an unusual souvenir for a young boy: a CD of Benny Goodman’s Greatest Hits.

Or maybe not so unusual for a child prodigy clarinetist who started playing at age 4, made his first television appearance at 5 and performed for Prince Philip at Buckingham Palace when he was 6. Julian liked the image of Goodman on the cover, “reeling back, clarinet in the air, grin on his face, breaking all the rules.” He started listening to the CD and couldn’t stop. “There’s a huge amount of freedom and excitement in the music,” he said. “I’d never heard anything like it.”

Fourteen years later, by now an internationally acclaimed solo clarinetist and chamber musician, Bliss looked into recording some of the classical pieces commissioned by the King of Swing, including Aaron Copland’s Clarinet Concerto. “That got me listening to his music again. And then I thought – this might be quite fun, to try and really get into jazz.” Bliss contacted pianist Neal Thornton, who put a band together. In 2012, they released a recording, “A Tribute to Benny Goodman.” JazzTimes said this about that: “Unlike many classical musicians, Bliss is capable of swinging mightily and adapting his formidable technique to the task at hand.”

On Saturday, Jan. 30, the Julian Bliss Septet plays Orchestra Hall, the second stop in an eight-city tour of the States. We spoke by phone on Tuesday. Bliss, who also designs clarinets, was in Los Angeles for the NAMM (National Association of Music Merchants) show.

MinnPost: Until your early 20s, you were a classical musician. What was it like to start playing jazz?

Julian Bliss: It was a huge challenge and still is in some ways. Music always is challenging. If there’s ever a day when you don’t feel challenged or wanting to push yourself to the next level, I think the audience can pick up on that.

What I started doing, and would urge anybody to do, is to just listen to as much as you possibly can. I found recordings of Benny Goodman that I never knew existed, and I would listen very in-depth to them and try to understand exactly what he was playing. That was the first step. And then it was trying to emulate what he was playing. From there your own creative spark comes out of it, and you start to put your own little twist on that sound, and you start to create your own things.

There are a lot of different ways to approach jazz improvisation. Some people simply play and just use their ear, and others are very much immersed in the whole music theory side of it. A lot of musicians do both. I’m sort of doing both. I like to listen and play whatever ideas I have in my head, but I think there is a certain amount of merit to studying the theoretical side of it as well.

MP: For many jazz musicians who were once classical musicians, improvisation was the siren song.

JB: There’s a freeness on stage, a different sort of feeling. But I don’t see [jazz and classical] as being too separated. A lot of people think they are very different, but I’ve found a lot of similarities between the two.

You’re still improvising when you’re playing classical music. You’re playing a predefined melody, but you’re improvising the emotion, the dynamics and the inflection. To me, the only difference in jazz is that you’re creating a melody as well.

Classical music will always be what I predominantly do, but jazz is a huge amount of fun to play on stage – to play anywhere, really.

MP: Not all classical musicians can swing. How did you figure that out?

JB: It is a very difficult thing, and it’s something that you can’t quite describe. It’s an extra little 10 percent, sort of the magic dust on the end. I think a lot of it comes by experience. A lot of it comes by confidence. By being confident, you’re also relaxed, and you have to be relaxed in order to let the music swing. And a lot of it comes by the type of musicians you surround yourself with.

It is a feel thing, and it is something you can only get, in my experience, by doing it. Play as much as you possibly can, and eventually it’ll start to happen. And like anything, the more you experience it, the better you’ll get at it.

MP: Do you perform often with your septet?

JB: We play fairly regularly in the U.K., and we’ve played some fantastic venues across Europe. It’s interesting for me now to listen to the CD that we made quite soon into the project. Even though we’re playing some of the same arrangements, it sounds different now. [Our playing] has matured in some ways. We’ve all settled into the role, and we all know each other so much better as well, and that makes a big difference.

Part of jazz is the unspoken. There’s a lot of communication happening on stage, but you never actually speak to anyone. It’s this really interesting, funny dynamic, and the more you know somebody – their personality – and the more you spend time with them, the easier that whole thing gets, and the sound changes.

MP: Do you plan to record more jazz CDs?

JB: We would like to do, because not all of the tunes [we arranged] are on that first CD. I think my plan would be to record a live album. You capture something in a live performance that you just cannot get in a studio recording, especially in jazz.

MP: I see from your Facebook band page that you spent part of Monday hanging out with Wayne Shorter. Is it true that he’s writing something for you?

JB: He’s writing a concerto for me, which is … amazing doesn’t come close. There’s a concert scheduled in England, and hopefully it’s something we can bring to the U.S. afterwards. Hopefully he can come along for a couple of the concerts. [Note: The concerto was commissioned by the London Philharmonic Orchestra.]

MP: Will Saturday be your first time playing Orchestra Hall?

JB: It will be, and hopefully not the last. Everyone has told me that it’s a phenomenal concert hall. I’m really looking forward to playing in it. It’ll be interesting to play jazz in there, and hopefully one day I’ll be back to play some classical.

This interview has been edited and condensed. Go here for more about Julian Bliss’ visit with Wayne Shorter. 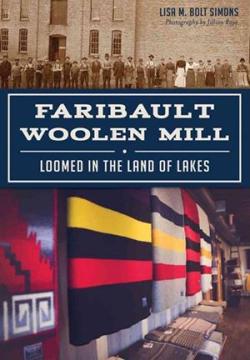 Tonight (Thursday, Jan. 28) at Magers & Quinn: Lisa Simons discusses her book “Faribault Woolen Mill: Loomed in the Land of Lakes” with Paul Mooty. Like lutefisk, skyways and grape salad (not), a Faribault blanket is a Minnesota thing. We find it kind of fascinating that the old mill (est. 1865) is still producing textiles from raw wool on historic machinery. Mooty is the company’s partner and CFO. 7 p.m. Free.

Tonight at the George Latimer Central Library: “Loud at the Library.” Check out the newly renovated library (or parts of it; the whole place won’t be open to the public until Jan. 30) and enjoy the music of Reina del Cid and the Ericksons. Doors at 7, music at 7:30. FMI and tickets ($10). Show your library card and valid ID (21+) for a free beer.

Tonight at the Alexander Ramsey House: History Happy Hour: Minnesota Breweries. Have a beer and learn the history of Minnesota breweries at a local treasure: the Victorian-era home built by Minnesota’s first territorial governor, filled with thousands of original family items and furnishings. For ages 21+. 8:30 p.m. FMI and tickets ($25/$20 MNHS members). Ticket price includes two drinks, snacks, and time to mingle in the mansion. 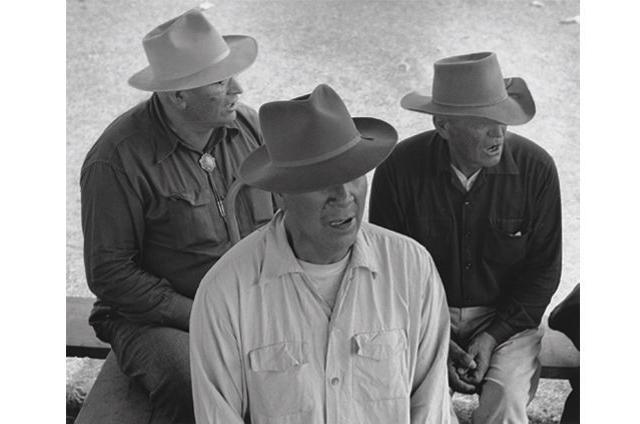 Courtesy of the Katherine E. Nash Gallery
“Singing Our History: People and Places of the Red Lake Nation”

Now at the U’s Katherine E. Nash Gallery: “Singing Our History: People and Places of the Red Lake Nation.” A collaboration between the Red Lake Ojibwe and the U’s Department of American Study, this exhibition of art and photography explores the many ways the Red Lake Nation has been and continues to be portrayed by artists and members of its communities. It includes rare portraits of Red Lake people taken by Jerome Liebling in the 1950s, dozens of familiar images by photojournalist Charles Brill and paintings by Patrick Desjarlait. Gallery hours 11 a.m. 7 – p.m. Tuesday through Saturday. FMI. Free.

Saturday and Sunday at the Howard Conn Theater in Plymouth Congregational Church: “Just Before Sleep.” Wilder Research estimates that more than 14,000 Minnesotans are homeless on a given night, including many children and teens. Take a kid or two to see the Ivey-winning Youth Performance Company’s production of Jennifer Fell Hayes’ play about a down-on-their-luck family. You’ll have a lot to talk about after. For fourth graders and up. 7:30 p.m. Saturday, 2 p.m. Sunday. FMI and tickets ($15/$12). Ends Feb. 14.