On the eve of opening Dvorak’s “Rusalka,” the Minnesota Opera announced its 2016-17 season: five productions, including three brand new to the Minnesota Opera stage, a world premiere, a national premiere and the return of an old favorite. Michael Christie will conduct all but one.

The season will begin with Gounod’s “Romeo & Juliet” (Sept. 24 to Oct. 2) in a fresh production starring Angello Mortellaro as Juliet and Joshua Dennis as Romeo. Richard Wagner’s “Das Rheingold,” the prologue to his Ring Cycle, receives its first-ever production here (Nov. 12-20), with Richard Cox as Loge and Denyce Graves as Erda. The 80-piece Minnesota Opera orchestra will perform on the Music Theater’s stage, conducted by Christie.

January will bring the American premiere of Vincente Martín y Soler’s “Diana’s Garden” (Jan. 21-29, 2017). Not an opera most of us know, it was first performed in 1787, fell off the radar and had recent successful revivals in Germany and Spain. The libretto is by Lorenzo da Ponte, Mozart’s favorite wordsmith.

We’re especially looking forward to Dinner at Eight (March 11-19). Based on the Depression-era play by George S. Kaufman and Edna Ferber, the latest work in Minnesota Opera’s New Works Initiative is written by Pulitzer Prize and Grammy-winning composer William Bolcom and librettist Mark Campbell (“Manchurian Candidate,” “The Shining”). A co-production with Ireland’s Wexford Festival Opera and the Atlanta Opera, it will be conducted by Wexford’s David Agler and directed by Atlanta’s Tomer Zvulun.

The season will end with Puccini’s “La Bohème” (May 6-21). Back at the Minnesota Opera for the eighth time (most recently in 2010), one of the most popular operas on the planet will star Nicole Cabell as Mimi, Scott Quinn as Rodolfo and Ed Parks as Marcello. Sets and costumes will come from the San Francisco Opera production.

Season packages are available now. Single tickets will go on sale in July.

“Rusalka” continues at the Ordway through Sunday, with Minnesota native and St. Olaf grad Kelly Kaduce in the title role. Three performances remain: 7:30 p.m. Thursday and Saturday, 2 p.m. Sunday afternoon. All are sold out; some standing room available. Call 612-342-9563.

Kaduce returns in May for the world premiere of “The Shining,” based on the book by Stephen King.

Sheila Smith has something in common with Nancy Pelosi, Ted Kennedy and jazz great Dr. Billy Taylor. Like them, Minnesota Citizens for the Arts’ executive director has been honored with the Sidney R. Yates Award for Outstanding Advocacy on Behalf of the Performing Arts.

Named for the late Illinois congressman and legendary arts booster Sidney R. Yates, the award was announced by the Association of Performing Arts Presenters (APAP) last week at its annual awards ceremony and luncheon.

Smith has been MCA’s ED since 1996. She was a leader in the 2008 campaign for passage of the Legacy Amendment, which created 25 years of dedicated funding for the arts and environment. She currently chairs the Creative Minnesota project, which gathers hard data about the nonprofit arts and culture sector to be used for education and advocacy. She serves on the board and public policy cabinet of the Minnesota Council of Nonprofits and teaches at the University of Minnesota.

Smith said in a statement, “I am thrilled to get this award, but you should know that the passage of the Legacy Amendment is a story with 1,000 heroes. We in the arts have a collective power to change the world and to impact public policy. Join your local arts advocacy organization and add your voice to the choir.”

And mark this date on your calendar: March 17, Arts Advocacy Day. Arts lovers from all over Minnesota will converge on the State Capitol to talk with legislators about the importance of the arts to our lives and our state. We’ll let you know when and how to register as soon as we hear.

The Children’s Theatre Company will receive a $125,000 grant from the Doris Duke Charitable Foundation to support its collaboration with playwright Philip Dawkins, whose new play “Dr. Seuss’s The Sneetches” is in development.

We can look forward to another Seussian hit like “The 500 Hats of Bartholomew Cubbins” and “How the Grinch Stole Christmas,” both of which – like “Sneetches” – were entrusted by the Seuss Estate to CTC for the creation of the first live theatrical versions.

The grant comes through Doris Duke’s Theatre Commissions and Production Initiative. Of the total, $75,000 goes to the theater to support its production of the play, $25,000 to the playwright, and $25,000 to both to support a new commission and potential development activities.

Tonight (Tuesday, Jan. 26) at the U’s Andersen Library: “The Wedding Heard ’Round the World: America’s First Gay Marriage” Book Launch. Decades before Massachusetts became the first state to allow gay marriage, Minnesotans Michael McConnell and Jack Baker became America’s first legally wed gay couple. McConnell, Baker and coauthor Gail Langer Karwoski will discuss and sign copies of the book that tells the story, and the Anderson will open an exhibit based on the extensive archive of material McConnell and Baker donated to the University. Here’s Amy Goetzman’s article for MinnPost. 7 p.m. FMI and RSVP. Free.

Wednesday at a movie house near you: “Florence and the Uffizi Gallery.” See where Mia’s former curator Eike Schmidt hangs his hat these days. A filmed tour of the city and the Uffizi includes the unveiling of Leonardo Da Vinci’s newly restored “Adoration of the Magi.” 7 p.m. FMI and theater finder (click “Buy Tickets,” then enter your ZIP code). Ticket prices vary.

Wednesday at the Cedar: deVon Gray and Casey Deming. Expect sound artistry and surprises from Gray, a.k.a. dVRG, and Deming, both recipients of 416 Commissions, grants that support the creation and performance of new music by emerging artists. Deming, up first, will debut a work for tape, cello and percussion created in collaboration with John Jerry, Jonathan Kaiser and Davu Seru. Classically trained, hip-hop schooled dVRG will perform a new work that bridges the gap between the string quartets of Ravel, Kernis and Barber and elements of hip-hop – “both a soundtrack and an underscore with teeth” for our dark and disturbing times. Doors at 7 p.m., performance at 7:30. $5 online or at the door. 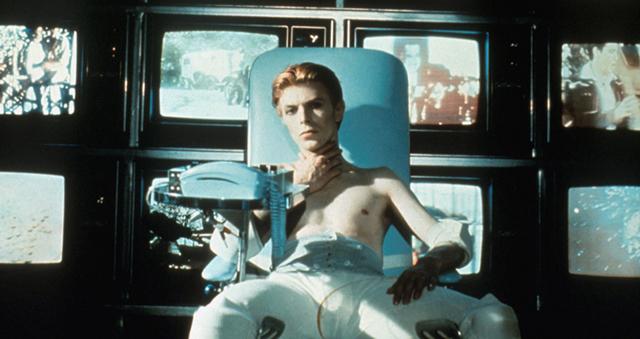 David Bowie in “The Man Who Fell to Earth”

On sale Friday, Jan. 29 at 10 a.m.: Brian Wilson: Pet Sounds 50th Anniversary World Tour at the Orpheum on Oct. 2. Wouldn’t it be nice to see the pop genius perform his iconic album live in its entirety? Plus other hits spanning his 54-year career as a Beach Boy and solo artist? Having finally gotten around to watching Bill Pohlad’s excellent film “Love & Mercy,” we’re even more fascinated by Wilson. With special guests Al Jardine and Blondie Chaplin. Tickets ($63-$129) through Ticketmaster or in person (no fees) at the State Theater box office. 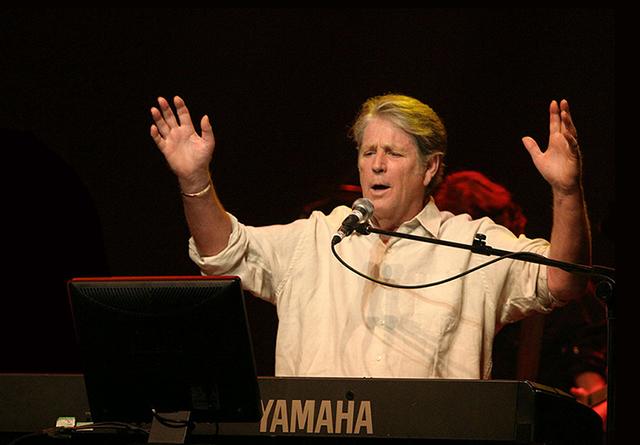