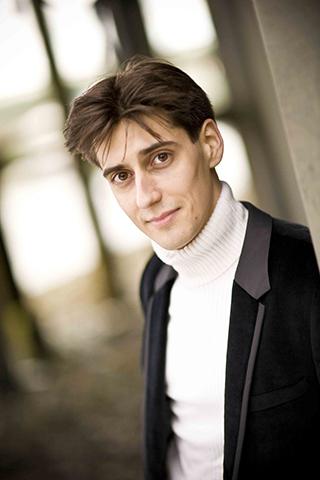 The Minnesota Orchestra’s Beethoven Marathon began on New Year’s Eve and New Year’s Day with symphonies 1 and 9. It continues Friday (Jan. 8) when it starts including the piano concertos along with the symphonies. Osmo Vänskä conducts everything, and the guest soloist is 35-year-old Russian-born pianist Yevgeny Sudbin, who has a long relationship with the orchestra. (You can hear them together in the 2014 BIS recording of Beethoven’s Third Piano Concerto and Mozart’s Piano Concerto No. 24, and on the 2010 release of the Beethoven Piano Concertos 4 and 5.)

Friday’s concert has Sudbin performing two piano concertos in a row, Nos. 1 and 2, a feat being compared to back-to-back climbs of Everest and K2. Then the orchestra performs Symphony No. 7. On Saturday and Sunday, Jan. 9 and 10, symphonies 8 and 3 (“Eroica”) will bracket Piano Concerto No. 3. (Saturday night’s concert will be followed by a 10:30 p.m. performance of Beethoven’s Septet in E-flat major in the Target Atrium. FMI and tickets.)

The following Thursday and Saturday, Jan. 14 and 16, symphonies 2 and 5 (dah-dah-dah-dum!) share a bill with the “Emperor” piano concerto (No. 5). In between, on Friday, Jan. 15, it’s symphonies 4 and 6 with Piano Concerto No. 4. Saturday also includes a free afternoon screening in the Atrium of David Devine’s Emmy-winning film “Beethoven Lives Upstairs,” the story of a young boy who learns to love classical music from his upstairs neighbor, Ludwig van Beethoven. Free, but reservations are required.

Marathons of music by individual composers aren’t all that rare; in 2012 in Toronto, pianist Stewart Goodyear performed all 32 Beethoven sonatas, in the order they were composed, in a single day – 103 individual movements, more than 10 hours. Yikes. Just this past November, Simon Rattle led the Berlin Philharmonic in all nine Beethoven symphonies at Carnegie Hall. (But not even one piano concerto, so there.) Still, a marathon is remarkable, a test of mental and physical stamina, commitment and musicality for the musicians and a chance for the audience to go deep into a composer’s work in the best possible listening environment – live in a space made for music.

Think of our orchestra’s marathon as Beethoven School and take a class or two, if you can. Find all the concerts, event details, program notes and ticketing information here. 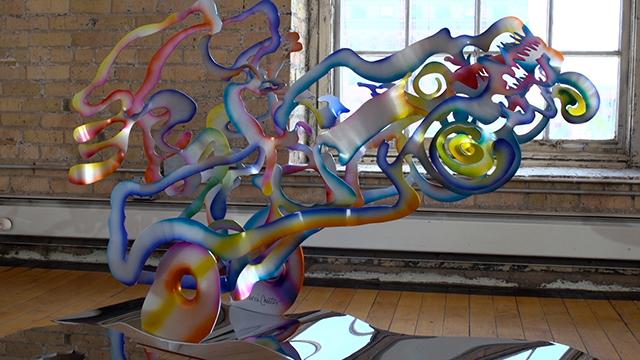 Filmed in part at the Woman’s Club in Minneapolis, the Shapiro & Smith segment includes sections from two of the company’s dances, “The Gist” and “Bench,” and an interview with Joanie Smith, who talks about the early days of the company she co-founded with Danial Shapiro in 1987, their decision to grow it (“like going from a string quartet to an orchestra”) and the years after. Their next performances are March 25 and 26 at the Cowles.

Working at home in natural light with traditional tools, Shen tells us about Asian brush painting – now over 2,000 years old – and shows how he mixes that ancient style with more modern Western sensibilities and techniques. The first time he saw pictures of the Boundary Waters, he immediately wanted to paint the landscape in the Chinese way. His trees are breathtaking. And who knew that the smell of ink could matter so much to an artist?

In a graceful and coincidental nod to the Shapiro & Smith bit earlier, sculptor Perci Chester describes herself as a choreographer and “maybe the dancer who’s moving with the piece.” She takes us inside her workshop/storage space and into her process: toying with found objects, imagining what to make of them, creating monumental, dimensional, colorful metal sculptures she calls “visual poems.” And she laughs a lot. 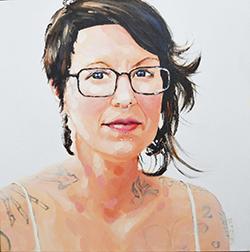 Friday at MacRostie Art Center: Opening reception for “Portrait Invitational” and “Hunting the Auroras in Northern Minnesota.” If you’re heading Up North this weekend or anytime in January, visit the MacRostie Center and see the January shows. The MacRostie Gallery is hosting a “Portrait Invitational” with work by Alice Blessing, John Connelly, Lea Friesen, Rebecca Gramdorf, Tom Page and Sheila Yrjanainen. A photography exhibit in the Minnesota Gallery features glorious images by meteorologist Bob Conzemius (“Tornado Bob”), who has spent four years in search of the ultimate Northern Lights display. 4 – 9 p.m. Free, with live music, food and wine, and artist talks at 6 p.m.

Friday at Flow Art Space: Opening reception for “Deep Freeze.” What’s the best way to draw a crowd to a gallery opening in St. Paul in January? We’re thinking tropical drinks, heat lamps and photos of beaches and palm trees. But what do we know. Flow’s latest is a group exhibition of local, national and international artists whose work is c-c-c-cold. On the other hand, we really like Doug Johnson’s snowy streetscape and Chuck Norwood’s frozen falls. Maybe they’ll serve hot coffee. 6 – 8 p.m. Ends Jan. 28.

Friday at Walker West Music Academy: Bryan Nichols Trio. An evening of mostly original modern jazz and a few expertly curated covers by pianist Nichols, bassist Chris Bates and drummer JT Bates; all three are composers as well, and the plan is to play songs written by each of them individually and arrangements they’ve worked on together. Three fine musicians and friends on Walker West’s intimate stage. 7:30 p.m. doors, 8 p.m. show. FMI and tickets ($15; online only). Part of Walker West’s Eight O’Clock Jump jazz series, winner of a Knight Arts Challenge Grant.

Opens Friday at Theatre in the Round: Ray Bradbury’s “Fahrenheit 451.” It’s the temperature at which paper ignites; it’s a dystopian novel by Ray Bradbury published in 1953. The great storyteller also wrote the stage play about a future America where books are outlawed and firemen burn them for a living – along with the houses where they’re found. Linda S. Paulsen directs the 17-member cast featuring Bill Williamson as Guy Montag and Dani Pazurek as Clarisse. Does 1953 sound too futzy and far in the past? Here’s what Paulsen said in an interview: “[Bradbury’s] vision of a future in which education and teachers are devalued, where reality TV substitutes for reality, where information is abbreviated and comprehension is not necessary or encouraged … it may as well have been written today.” FMI and tickets ($22). Run time is about 2¼ hours including intermission.

Saturday at Soo Visual Arts Center: Art Shanty Projects: Celebration of 10 Years on Ice. If you can’t escape winter, you might as well enjoy it. Each year for 10 years, Art Shanty Projects organized a monthlong festival on a frozen lake. For the festival, artists create a temporary community from shanties built on the ice. On weekends, thousands of hardy Minnesotans come to visit, meet the artists and engage in all kinds of activities: storytelling, knitting, printmaking, karaoke, poetry, games, classes. This SooVAC show looks back on a decade of a strange and wondrous, uniquely Minnesotan tradition. The exhibition of curated photographs and ephemera from former shanties and performers will be on display for one night only. Photos, posters and memorabilia will be available for sale; proceeds benefit the upcoming Art Shanty festival, which will return to White Bear Lake in February after taking a year off. 6 – 9 p.m. Free.

Courtesy of Art Shanty Projects
If you can’t escape winter, you might as well enjoy it.