In March of last year, when the Minnesota Orchestra announced its 2015-16 season, we heard some grumbling about the programming for January. During winter’s bleakest, coldest month, when the snowbirds were already long gone, the orchestra would perform a Beethoven Marathon: all nine symphonies and all five piano concertos. The grumbling went something like this: “Are they crazy?” “Who wants to hear that much Beethoven?” “Good luck selling tickets.”

The lucky ones were those who bought tickets when they could. Five of the eight concerts sold out. Capacity averaged 95 percent. More than 15,400 people attended. And the marathon, according to Minnesota Orchestra spokesperson Gwen Pappas, “surpassed our budgeted expectations by a significant margin.”

We couldn’t plead our way into the New Year’s Day concert. We made it to two of the others: the one where Russian pianist Yevgeny Sudbin played two piano concertos in a row (Nos. 1 and 2), followed by a splendid performance of Symphony No. 7, and the finale last Saturday, with the “Emperor” piano concerto and Symphonies 2 and 5.

Hearing the Minnesota Orchestra play the Fifth and watching Osmo Vänskä lead it (he must have collapsed with exhaustion afterward) was tremendously exciting. The hall was electric. The audience was ecstatic. Afterward, in the skyways and elevators and parking ramps, people speculated on what the next marathon might feature. Liszt? Schubert? Sibelius? Meanwhile, the musicians were crossing a backstage “finish line” created by the orchestra’s artistic staff.

The concert experience spread out beyond the stage. As part of the new OH+ (Orchestra Hall Plus) program, a Wall of Joy invited people to share favorite orchestra memories. A wax-sealed letter from Beethoven was displayed in the grand foyer, and piano expert Don Livingston gave demonstrations on a replica fortepiano, Beethoven’s preferred instrument, both courtesy of the Schubert Club. Audience members arrived early for concert previews. Seven musicians, including Vänskä on clarinet, gave a NightCap performance of Beethoven’s Septet in the Atrium. Three Beethoven-related films were screened. Five hundred Beethoven T-shirts were printed; they sold out. It was a big Beethoven party, and it was grand.

Not that there’s anything wrong with what the high-end chamber group Accordo usually does – play sublime classical music in the architecturally superb Christ Church Lutheran – but it was exhilarating Tuesday night to see and hear something very different.

While silent films flickered on a screen brought into the Ordway Concert Hall, Steven Copes, Ruggero Allifranchini, Maiya Papach and Julie Albers playing composer/pianist Stephen Prutsman’s scores to Robert Wiene’s creepy German Expressionist masterpiece “The Cabinet of Dr. Caligari” (filmed not long before the rise of the Nazis) and then, after intermission, Buster Keaton’s hilarious “Sherlock Jr.,” with Prutsman at the piano.

Prutsman introduced the Keaton by instructing the crowd to laugh out loud, cheer for the hero and boo for the villain. The music paired perfectly with Keaton’s antics, and four of our top classical musicians briefly played kazoos.

Last Friday, also at the Concert Hall, the affable conductor Scott Yoo schooled an attentive crowd on the basics of 12-tone music and composer Alban Berg, after which the SPCO performed Berg’s Chamber Concerto, which must be as challenging to play as it is to hear. In 12-tone music, invented by the evil genius Arnold Schoenberg and based on the 12 pitches of the chromatic scale, “every note counts the same,” Yoo explained. They must all be treated equally, and after you play one note in a 12-tone row, you can’t repeat it until you play the other 11.

Using musical examples everyone knows – “Pop Goes the Weasel,” “Eine Kleine Nachtmusik,” “Mary Had a Little Lamb” – Yoo lured us into believing the Berg might not be such tough listening after all. It was, but by then we were stuffed full of fun facts about it, which made it less opaque. Yoo had also given us an invaluable piece of advice: “You might be hunting for a melody you can whistle in the shower. Don’t.”

The SPCO concert was a “Notable Encounter,” a lecture-demonstration format Yoo has developed over the years and brought here once before, in 2013. Will he return with more? There’s no firm word yet, but we hope so. Yoo’s charm and outgoing personality – and the SPCO’s excellent playing, with pianist Anna Polonsky and SPCO concertmaster Copes as soloists – were spoonsful of sugar that helped the Berg medicine go down. 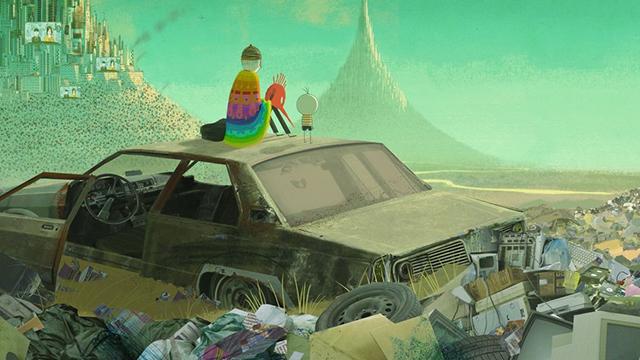 “Boy and the World”

Starts Friday at the Film Society’s St. Anthony Main Theatre: “Boy and the World.” A 2016 nominee for Best Animated Feature. Pixar’s brilliant “Inside Out” (directed by Bloomington native Pete Docter) will probably win, but see this on the big screen if you can. Brazilian director Alê Abreu’s colorful, wordless hand-drawn masterpiece is about a young boy growing up in the country, surrounded by nature. When his father must leave for the city to find work, the boy follows him, hoping to reunite his family and hear the sound of his father’s flute again. He discovers a world where the poor are marginalized, inequity is rampant and nature is destroyed, yet he retains his innocence and wonder. The animation, a mix of crayons and paints, pencil, pastels and decoupage, can handle anything: a single character on a white screen, a towering city of millions, tiny chicks, container ships, rice and beans on a plate, a kaleidoscope. FMI including trailer, showtimes and tickets ($6-$8.50). Ends Jan. 28.

Friday at St. Mark’s Episcopal Cathedral: Tyberg Project: Music Lost in the Holocaust. In 1943, the Austrian composer Marcel Tyberg was living in Italy with his mother when she filled out a form saying that one of her great-grandfathers had been Jewish. In 1944, Tyberg died in Auschwitz. At St. Mark’s, the South Dakota Chorale will give the premiere performances of Tyberg’s two rediscovered Masses, scored for mixed voices and organ. The concert will also include Erich Zeisi’s “Requiem Ebraico,” written in the spirit of the Kaddish and sung in Hebrew. 7:30 p.m. FMI and tickets ($20/$5 students with ID). 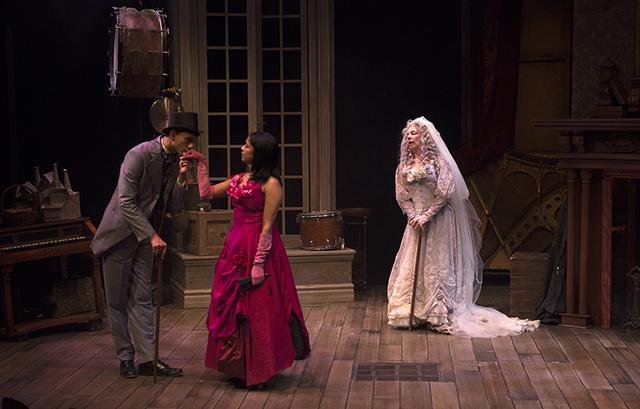 Saturday afternoon at the Minnesota Landscape Arboretum: Meet the artists of “Winter Wonderland: Beauty Revealed.” Walking the little dog during an evening snowfall not long ago, trying not to slip on the ice and kill ourselves, we were struck again by how magical winter in Minnesota can be. Sometimes you just have to stop and look around. That’s the theme of the latest exhibit in the Arboretum’s Reedy Gallery, and on Saturday you’ll have the unique opportunity to view the work of five nationally known regional artists – Andy Evansen, Tom Foty, Charlotte Laxen, Kathryn Mussack and Neil Sherman – and speak with the artists themselves. “Unique” in part because the Arboretum plans to station each artist in a different location in the MacMillan Auditorium, divide the crowd into groups, and give each group 15 minutes with an artist before a bell rings and everyone moves on. Kind of like speed dating. 1 to 4 p.m. Free (plus there’s no gate admission in January). Ends March 31. 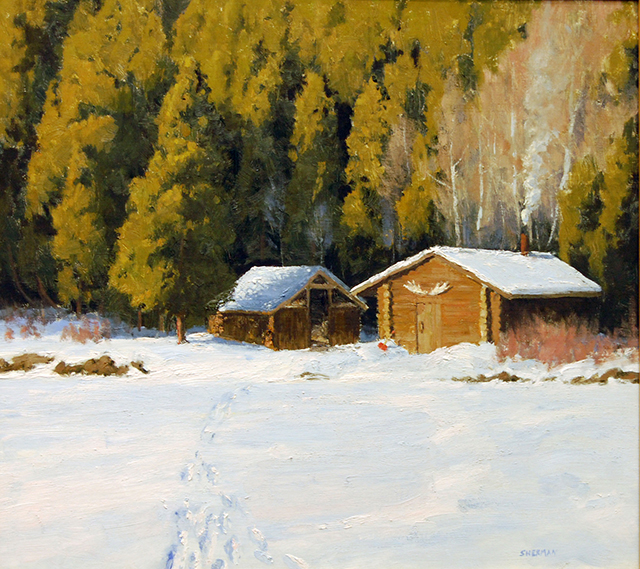