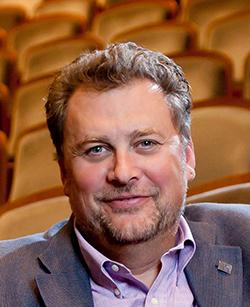 When Mitchell announced her retirement in May of last year, the Ordway’s board began a national search for a new leader. “Patricia Mitchell has given us terrific momentum at the Ordway with the opening of the beautiful new Concert Hall, the continued strengthening of the Arts Partnership and a renewed commitment to producing musical theater work,” board chair Robert Cattanach said in a statement. “I was very impressed by the number of extremely well-qualified candidates who were genuinely excited about the opportunity to lead the Ordway going forward. In that sense, we faced the challenge of selecting the best of the best.”

A Toronto native, Grant brings more than 30 years of experience in arts management that began soon after he graduated from college. Before joining the Long Center in 2011, where he’s credited with a huge increase in annual attendance, new programs and a significant growth in fundraising and corporate sponsorships, he spent 13 years as general manager of the Centre in the Square (CITS) in Kitchener, Ontario, a multipurpose performing arts center with a 2,000-seat concert hall/theater, art gallery and studio. During his tenure, CITS became and remained debt- and deficit-free, with working capital and an endowment fund.

Grant has opened and operated several performing arts centers including the Imperial Theatre in Saint John, New Brunswick, the Heritage Theatre in Brampton, Ontario, and two theaters in Toronto. He was a founding member and board chair of Canada’s Magnetic North national theater festival and helped found eyeGO to the Arts, a program that increases access to the arts for young people. Starting in Kitchener-Waterloo, eyeGO is now a national program in Canada and was launched in Austin in 2014.

“The Ordway is nationally recognized for its outstanding programming, world-class resident companies, the Arts Partnership and education initiatives, and is set in the heart of one of the most robust arts communities in the country,” Grant said. “I am absolutely thrilled to be joining this incredible team of community leaders and professionals.”

Back in Texas, Marc Seriff will serve as interim CEO of the Long Center while its board begins a national search. On Monday he told the Austin American-Statesman, “Jamie Grant has been a game-changer for the Long Center. He has created a culture of success and built the staff to execute it.” 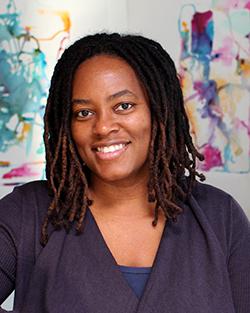 Eyenga Bokamba has been named executive director of Intermedia Arts. As ED, Bokamba will work to advance Intermedia’s mission to be a catalyst that builds understanding among people through art. She’ll also serve as chief development and fundraising officer, manage finances, oversee the stability and growth of programs and community partnerships, and drive the organization’s focus on equity and inclusion. We hope she has enormous reserves of energy.

Bokamba comes to Intermedia from Sprockets in St. Paul, where she has been ED since her appointment by Mayor Chris Coleman in 2013. Sprockets improves the quality, availability and effectiveness of out-of-school-time learning for St. Paul youth. Through 42 partner organizations, Sprockets served more than 20,000 youth last year. Before Sprockets, Bokamba was youth programs manager at Pillsbury House and taught in Hopkins schools for 13 years.

A 2006 recipient of a Bush Leadership Fellowship, she is also a practicing visual artist. In a statement, Bokamba said, “I have long respected the inclusive, ambitious and vital work of Intermedia Arts. This position offers a rare opportunity to work in an integrated capacity as a leader and an artist, melding my two great passions: art and democratic participation.”

Who wants to sponsor this year’s 7-County Metro Area Regional Spelling Bee and send a winning Minnesota kid (with a parent or guardian) to the Scripps National Spelling Bee in Washington, D.C., later this year? We hope someone steps up by Jan. 31. Augsburg College footed the bill for the past three years (thank you, Augsburg) but has decided to “focus on events for their students,” school officials told the Star Tribune.

The nation’s largest, longest-running educational promotion, the Scripps National Spelling Bee is a brobdingnagian deal. Some 11 million students will participate this year on some level. Kids practice hard for it. Families, schools and communities get behind it. The final rounds are televised on ESPN. We once sat in a bar where people were riveted watching kids spell.

Who wants to be a hero? FMI. 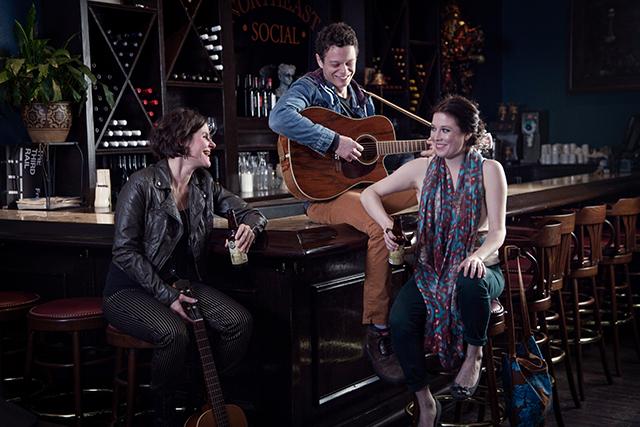 Tonight at the Trylon Microcinema: “Elvis Costello: Detour Live at the Liverpool Philharmonic Hall.” January’s Sound Unseen screening is a must for Elvis Costello fans and those of us who have always thought we should know more about his music but haven’t gotten around to it. In front of a hometown crowd, Costello leads a musical journey through his vast songbook, with family photos, portraits of his personal heroes and stories about his family, his music and his traveling life. Director Joss Crowley gave it a cozy, living-room-like setting. 7 and 9:15 p.m. FMI and tickets. (7 p.m. is sold out but there are usually a few tickets at the door.) Here’s the trailer. 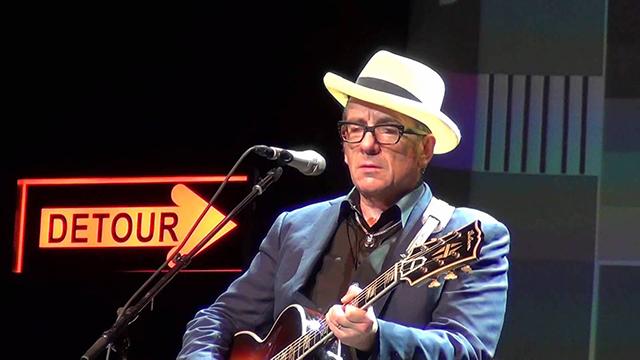 Thursday at the Lyric Arts Main Street Stage: “The 25th Annual Putnam County Spelling Bee.” The Tony-winning musical about a half-dozen sixth graders competing for the win and the equally quirky grown-ups running the show. Director Zach Curtis, who has lead it twice before and acted in it, calls it “inventive, creative, charming and utterly enjoyable.” For ages 14 and up. FMI and tickets ($15-$32). Ends Jan. 31. 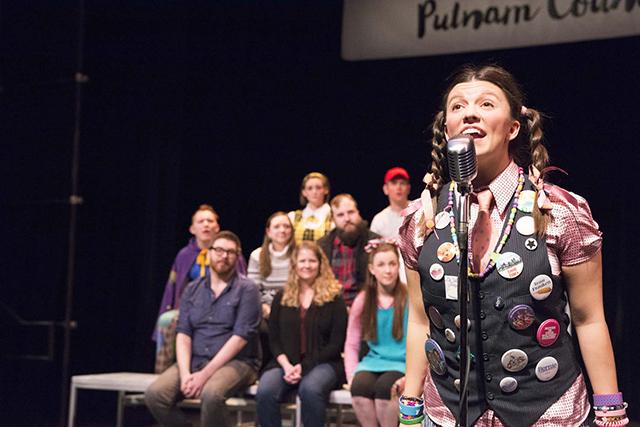 Friday at the Ordway Concert Hall: Notable Encounter: Berg’s Chamber Concerto. We have a soft spot for lecture demonstrations with wonderful musicians in beautiful spaces. So there’s nothing not to love about frequent SPCO guest conductor Scott Yoo giving us the lowdown on Alban Berg’s Chamber Concerto for Violin, Piano and 13 Winds in the first half of this concert, then leading a complete performance in the second half. SPCO concertmaster Stephen Copes is violin soloist, with Anna Polonsky on piano. 10:30 a.m. and 8 p.m. FMI and tickets ($15-$53).

If you want to see Pulitzer Prize-winning author Anthony Doerr’s Pen Pals lecture in May, get your ticket now. The evening event on Thursday, May, 5 is sold out, but there’s still room at the 11 a.m. talk on Friday, May 6. Doerr won the prize for “All the Light We Cannot See,” a book so lusciously written that you want to parse and taste every line, but with such a compelling story that you also want to race through it. A terrible dilemma for a reader, with only one solution: read it twice. Doerr is preceded by Pulitzer Prize-winning presidential biographer Jon Meacham on March 10 and 11 and Terry Tempest Williams on April 21-22. FMI and tickets ($40/$50).