New to Minneapolis and the Orpheum stage will be “Fun Home,” winner of five 2015 Tony awards including Best Musical; “The Curious Incident of the Dog in the Night-Time,” the 2015 Tony-winning Best Play; and “Rodgers & Hammerstein’s The King and I,” the 2015 Tony winner for Best Revival of a Musical. The 2013 Tony winner “Matilda the Musical,” based on the book by Roald Dahl, will touch down, and “The Bodyguard,” based on the hit film starring Whitney Houston and Kevin Costner, filled with great songs (“I Will Always Love You”), will launch its North American tour here.

And – we are super excited about this – Theater Latté Da’s “Sweeney Todd: The Demon Barber of Fleet Street,” which was just about everybody’s favorite musical last year, will make an encore presentation at the Pantages as part of Broadway Re-Imagined, the fruitful collaboration between the Trust and Latté Da. (Up next: “Gypsy” at the Pantages in February.) Mark Benninghofen, Sally Wingert and Tyler Michaels will reprise their roles as the demon barber, the pie maker and the apprentice.

The season begins with “Cabaret” in October and ends with “Motown” in July 2017. Season packages are on sale now. Single tickets will be available at a later date.

As you stroll to the theater from the Green Line or wherever you park, take in our “urban walking gallery” – the once-vacant windows filled with art by local artists for “Made Here,” a project of Hennepin Theatre Trust that will continue for at least two more years. Last week Andersen Windows, the presenting sponsor since the project began in 2014, renewed its commitment, as did the McKnight Foundation (for artist support) and Best Buy (for a second Young Artists Edition).

We had hoped to see the brilliant young Swedish clarinetist Martin Fröst on stage with the St. Paul Chamber Orchestra in February and March. Sadly, it’s not to be. After canceling his debut as a new SPCO artistic partner last November due to Meniere’s Disease – a disorder of the inner ear that causes severe vertigo, sickness and tinnitus – Fröst has withdrawn from all upcoming engagements through the 2015-16 season.

The Feb. 26-28 and March 4-6 programs have been changed and new guest artists engaged. French pianist David Fray will make his Minnesota debut with Mozart’s Piano Concerto No. 24 in C minor in February. In March, violinist and SPCO audience favorite Gil Shaham will play Mendelssohn’s Violin Concerto in E minor. The SPCO’s website has been updated with all the details.

Fröst remains committed to his artistic partnership and looks forward to returning next season in good health.

In November, SPCO artistic partner Patricia Kopatchinskaja had to withdraw from a performance at the last minute due to an arm injury. She has since returned to the concert stage with tours throughout Europe this month, so we can expect her in April and June as planned.

One thing (of many) we like about “MN Original” is its wide-angle view of our local arts scene. This week’s episode journeys from murder most foul at the History Theatre to a painter’s studio, from MAD Magazine to a piano étude on the Ordway Concert Hall stage.

Get a good look at “Glensheen,” the hit musical by Jeffrey Hatcher and Chan Poling that sold out the History Theatre last October. Comments from Hatcher, Poling, director Ron Peluso and stars Jennifer Maren and Dane Stauffer, performance footage, and behind-the-scenes rehearsal footage will make you wish you’d seen it when you could. Good news: it returns in July for 16 more performances. Courtesy of MN Original
Tom Richmond is an illustrator and caricaturist who literally wrote the book on drawing caricatures.

It’s a bit jarring to move straight from Richmond’s Stanley Tucci caricature to the Ordway Concert Hall, but that’s where “MN Original” takes us next, where Eagan high school student Zhen Tu sits alone at the Steinway. A finalist in last year’s Schubert Club Bruce P. Carlson Student Scholarship Competition, she plays Liszt’s Etude No. 3, “Un sospiro,” in its entirety.

On now: Saint Paul Winter Carnival. Eons ago – in the 1880s, to be precise – our ancestors realized that the only way to make it through a Minnesota winter was by celebrating the darned thing. This weekend looks pretty good, weather-wise, so get out there and see the ice sculptures in Rice Park, view the (mini) Ice Castle, check out the display of carnival memorabilia in the Landmark Center, hear live music and watch a parade. Head over to the Fairgrounds for fun at the Vulcans Snow Park and Slide, and/or see the orchid show at the Como Park Conservatory. And more. It’s a big deal and it runs through Sunday, Feb. 7. Here’s the calendar. Go here for a free Metro Transit pass.

Tonight (Friday, Jan. 29) at Heart of the Beast: Puppet Cabaret. Puppets big and small, hairy and smooth, bitter and sweet, intelligent and stupid, warlike and peaceful, crude and cruder, in shows performed by the Twin Cities puppet community. Plus popcorn, beverages and live music. 9 p.m. FMI and tickets ($10 suggested donation).

Tonight at Vieux Carré: Peter Kogan’s Monsterful Wonderband. Kogan recently retired as principal timpani for the Minnesota Orchestra, freeing him to play as much jazz as he wants. With his band of ace players — Adam Meckler on trumpet, Pete Whitman on sax, Scott Agster on trombone, Sean Turner on piano, Chris Olson on guitar and Jeff Bailey on bass — he’ll play tunes from his first two CDs of original compositions, “Cornucopia” (2013) and “Some Monsterful Wonderthing” (2015). 9 p.m. $10 cash at the door. 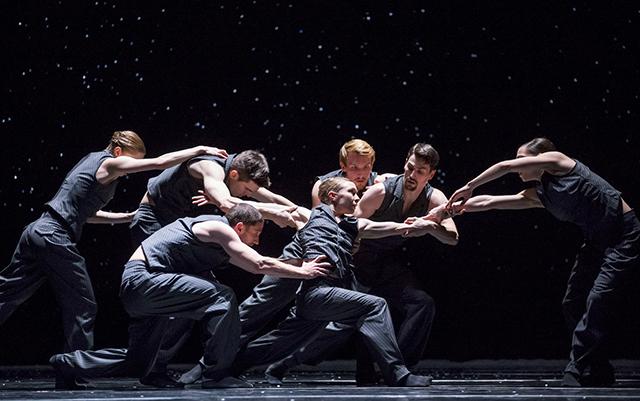 Saturday at Northrop: Hubbard Street Dance Chicago. Last time they were here, in 2013, they performed at the State Theatre; Northrop was still under construction. They’re returning with an entirely different program: choreographer Crystal Pite’s “Solo Echo,” based on a poem by Mark Strand about a man coming to the end of his life; William Forsythe’s “N.N.N.N.,” soundscape by Dutch composer Thom Willems; excerpts from Alejandro Cerrudo’s “Second to Last,” set to Arvo Pärt’s “Spiegel im Spiegel;”  and Spanish choreographer Nacho Duato’s “Gnawa,” with North African drumming, Spanish guitar and Sufi music. Sounds fascinating. 8 p.m. FMI and tickets ($44-$64). Arrive early for a performance preview with the company’s artistic director Glenn Edgerton; 6:45 p.m. in the Best Buy Theater.

Monday and Tuesday (Feb. 1 and 2) at the Playwrights’ Center: Susan Soon He Stanton’s “SEEK.” In 1926, British mystery writer Agatha Christie disappeared for 11 days. Where she went remains an unsolved mystery. Stanton’s fictional retelling imagines Christie as the uninvited houseguest of a single dad on Hawaii’s Big Island, where her life begins to resemble her own dark stories. Patricia McGregor directs a public reading by five actors including terry Hempleman and Remy Auberjonois. Part of the Center’s Ruth Easton New Play Series. 7 p.m. both nights. Free, but RSVP; space is limited.