Maps from the 16th and 17th century documenting the African slave trade. Materials about the experiences of African-American soldiers in World War I. The papers of noted African-American artists, writers and professionals, including children’s author Andrea Davis Pinkney and St. Paul architect Cap Wigington. In the future, you’ll be able to find them online.

The University of Minnesota Libraries has received a $224,450 grant from the Council on Library and Information Resources to digitize nearly a half-million pages of print documents and images, along with audio and video recordings from across more than 70 collections within its Archives and Special Collections department.

“There is no American history without African American history,” Cecily Marcus said in a statement. Marcus is curator of the Givens Collection, head of the Umbra project and co-principal investigator of the CLIR grant. “Easier access to more materials means a richer, more holistic story can be told and understood.”

The U’s project is one of 18 funded by CLIR as part of its 2015 Digitizing Hidden Special Collections and Archives program, which is supported by the Mellon Foundation.

You might remember last year’s story about “Lost Voices in Jazz: The Choreographers of the Minnesota Jazz Dance Company.” For a weekend of performances at the O’Shaughnessy in July, choreographer Karla Grotting and Eclectic Edge Ensemble reconstructed dances created by former MJDC choreographers William Harren, Jeffrey Mildenstein, Clarence Teeters, David Voss and Danny Buraczeski. All but Buraczeski were lost to AIDS decades ago, leaving Grotting and others who knew them to wonder what else they might have achieved.

“Lost Voices in Jazz” won the 2015 SAGE Award for Outstanding Dance Performance and ended up on many end-of-year best-of lists, including ours. It was beautiful and poignant, haunting and exhilarating.

Grotting spent years putting the program together, a complex and demanding labor of love. For the July performances, she hoped to bring in and display the AIDS quilt squares that were created for the choreographers who died. She wasn’t able to make that happen, but while looking into the possibility, she found that Mildenstein didn’t have a square. “Thinking I’d misspelled his name, I searched simply for Jeffreys and found that we had lost hundreds and hundreds of Jeffreys to AIDS. It was a moment that really brought the depth of the crisis home to me,” Grotting said. She wished Mildenstein had a quilt square.

He does now. Funded by the “Lost Voices” dancers (the funding covers submission and maintenance), sewn by their costume designer Dana Barnes, featuring photos provided by the Mildenstein family, it will be submitted to the Chicago chapter of the Names Project Foundation, the quilt’s custodian.

Minneapolis author and U of M professor Charles Baxter is a finalist for the 2015 Story Prize. Now in its 12th year, the Story Prize, which carries a $20,000 cash award and an engraved silver bowl, honors the author of an outstanding collection of short fiction.

Baxter’s collection, “There’s Something I Want You Do,” has stiff competition: Adam Johnson’s “Fortune Smiles,” winner of the National Book Award, and Colum McCann’s “Thirteen Ways of Looking.” The winner will be announced on March 2 at the award event and reading in New York City.

Past Story Prize winners include Elizabeth McCracken, George Saunders, Steven Millhauser and Anthony Doerr. Doerr is one of the judges for 2015. 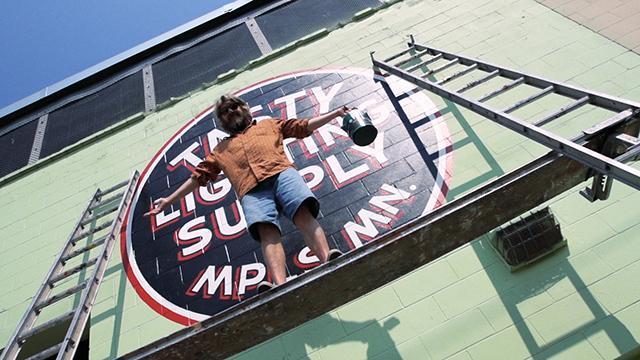 This week’s all-new “MN Original” is a dangerous piece of pro-art propaganda. If being an artist is this much fun, everybody will want to be one, and who’ll be left to tell us that art is frivolous and nonessential?

Take Phil Vandervaart, sign painter, and the first artist featured in episode 703. With his beard, his harmonica, and his wry attitude, he’s a character. A lot of the hand-painted signs around the Twin Cities are his. Like many artists, he got his start on the West Bank. “Being kind of an outcast myself, I found a neighborhood of outcasts,” Vandervaart says. His signs are a living history of the city, and once you watch this segment, you’ll start seeing them everywhere.

Kristi Abbott spends her days cutting up paper and gluing it down, sometimes adding beads and lace and feathers. Her collages – of pop icons, pin-up girls, landscapes and other topics – are fantastic, highly detailed, textural and full of hidden images. From a distance, they look like perfectly executed paintings. Abbott grew up in Australia but moved here to become a full-time artist. “It’s the most unbelievably happy feeling in the world, to think that I took a chance,” she says.

And then there’s Philip Noyed, who describes himself as “a 2D-3D geometric illumination artist.” He makes paintings meant to be viewed through 3D glasses, dances above his paintings and photographs them, lights them from within. He plays with colors, frequencies, chakras and light. You might have experienced his “Rainbow Pyramid” on Northrop Plaza at Northern Spark 2015. Noyed has a swing that hangs from the ceiling of his warehouse studio.

The musical segment takes us down to Hell’s Kitchen for Musical Mondays, a monthly cabaret series for musical theater artists and fans. “We have our friends sing show tunes,” hosts Max Wojtanowicz and Sheena Janson Kelly explain. Their friends are young, not so young, just out of college, loaded with experience, straight, gay, whatever. (Wait; haven’t we seen Max and Sheena before, in the delightful “Fruit Fly: the Musical” at the Illusion? We have.) The next Musical Monday happens Feb. 6. Like the Facebook page to stay informed. 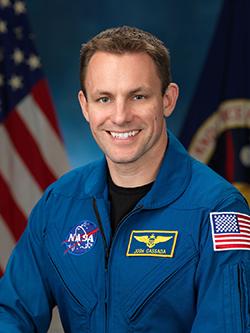 Tonight (Thursday, Jan. 14) at the Bell Museum: “The Road from Minnesota to the Space Station and Beyond.” White Bear Lake native Josh Cassada grew up to be a physicist, a Lt. Commander in the U.S. Navy and, as of July 2015, a member of NASA’s astronaut corps. He’ll give a public lecture and answer questions in the Bell Museum Auditorium starting at 6:30 p.m. Free and open to the public.

Today through Saturday at Orchestra Hall: The Beethoven Marathon comes to an end. Who will be the last musician standing? We’re betting on principal trumpet Manny Laureano. The program for today and Saturday includes Symphonies 2 and 5 and the “Emperor” piano concerto, featuring guest soloist Yevgeny Sudbin. Friday’s concert features Symphonies 4 and 6 (“Pastoral”) and Piano Concerto No. 4. Osmo Vänskä conducts. 11 a.m. Thursday, 8 p.m. Friday and Saturday. FMI and tickets ($29-$101).

Friday at the Bryant-Lake Bowl Theater: Splendid Things Presents a Splendid Screening of the Movie “Aliens.” This is so crazy we had to include it. The 1986 sci-fi action film is arguably the best-ever installment in James Cameron’s “Alien” franchise. Pairing it with live improvised commentary – funny commentary – seems almost sacrilegious. Will it work? Will it bomb? Doors at 9, show at 9:30 p.m. FMI and tickets ($12/$10 advance).

Saturday at the Guthrie: “Pericles” opens in previews. Joseph Haj, the Guthrie’s new artistic director, has acted in several plays at the Guthrie, but this will be the first play he has ever directed here. It should be pretty much a slam dunk; he has directed it before, for the Oregon Shakespeare Festival and the Folger Theatre in Washington, D.C., where it was glowingly reviewed, and he’s bringing in the same cast he worked with at those theaters (with one exception). But still, this is his directorial debut here, a historic moment at a great theater, and we all want to see it, and we should if we can. Plus there hasn’t been a “Pericles” at the Guthrie since Joel Sass led his own adaptation more than 10 years ago. FMI and tickets ($15-$59). Previews continue through Thursday, Jan. 21. Opening night is Friday, Jan. 22.

Sunday at Plymouth Church: Literary Witnesses: Mary Moore Easter. Dancer, choreographer, Pushcart Prize-nominated poet, Cave Canem fellow, Bush artist fellow, co-mentor of the Givens Foundation Black Writers program: Mary Moore Easter has been and continues to be a lot of things. On Sunday at noon in the Chapel, she’ll be reading her poetry. Free and open to the public.