Trombonist Delfeayo Marsalis and his father, Ellis Marsalis, pianist and family patriarch, were at the Dakota together last spring with their album “The Last Southern Gentlemen.” At Jazz Fest, they’ll split up. Delfeayo and his quartet will play the Mears Park main stage on Thursday evening; Ellis and his quartet will appear there Friday night. Unless they’re on totally different travel schedules, it’s not too much to hope that each will sit in with the other.

The other headliners will bring their guitars. Dakota favorite, host of the syndicated radio show “Radio Deluxe,” master of the Great American Songbook and son of Bucky, singer/guitarist John Pizzarelli will follow Delfeayo Marsalis Thursday night on the main stage, with his quartet. On Friday, Russell Malone will precede Ellis Marsalis. Malone is a guitarist who can make us hold our breath for the sweet, singable beauty of his playing. Delfeayo, Ellis and Pizzarelli are all great artists and stars, but Malone is the one we’re most excited to see and hear live.

Saturday’s headliner, Michael Franti, is more of a Cities 97/Basilica Block Party guy than a jazz guy, making him Jazz Fest’s first significant step into crossover land. A musician, filmmaker, spoken word artist, children’s book author and humanitarian, Franti had a multiplatinum hit in 2009 with “Say Hey (I Love You).” His latest single with his band Spearhead, “Once a Day,” is a taste of what to expect when he plays here on the festival’s closing night: a blend of reggae, rap, hip-hop, funk, folk, rock and a skosh of jazz with a positive message of social change. (Sample lyrics: “So just believe in yourself, don’t let nobody bein’ negative tell you what to do.”) All very danceable and uplifting. Franti’s stage is TBD, but it won’t be the Saints stadium, where home games are scheduled for Friday and Saturday nights. Don’t even think about driving into downtown St. Paul on either night.

Those are the five headliners. There will be more music – lots more – on the Sixth Street stage, the Union Depot stage, a new stage in Lowertown and in 20-some clubs, bars and studio venues. Not yet the new Palace Theater, which won’t be open in time. But Joe Spencer, St. Paul’s arts and culture director under Mayor Chris Coleman, has already said that the Palace will work with the Twin Cities Jazz Festival in the future.

So while we saw “Sweeney Todd” the musical last year in a spectacular production by Theater Latté Da at the Ritz – and will see it again in March 2017 at the Pantages, as part of Hennepin Theatre Trust’s Broadway Re-Imagined series – it’s OK that the Mill City Summer Opera will also present “Sweeney Todd” this summer, because that will be the opera. 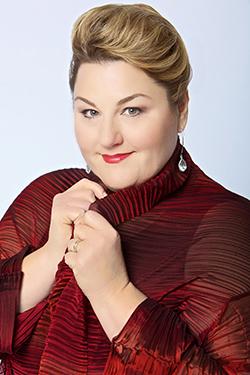 Mill City’s “Sweeney Todd” will be performed in a setting that has featured operas, quite successfully, every summer since 2012: in the Mill City Museum Ruin Courtyard, under the stars. And it will be sung by opera singers. Nothing against Mark Benninghofen, Sally Wingert or Tyler Michaels, who are all terrific in Latté Da’s production, but they’re not opera singers, and it will be a different experience to hear mezzo-soprano Catherine Cook sing Ms. Lovett, and baritone Robert Orth sing Sweeney Todd, and tenor David Blalock sing “Not While I’m Around.”

All have impressive operatic resumés. Cook is a star of the San Francisco Opera. Orth has performed more than 130 roles in opera companies and musical theaters around the world. Blalock is a rising young American tenor whose busy 2016 schedule includes another stop in Minnesota. There’s even a Minnesota native in the cast. Tenor Dennis Peterson, a frequent performer at the Met, will sing the role of Beadle.

Opening night tickets are on sale now ($200-$250), and if the past is a predictor, they will sell out quickly. Presale tickets are available May 9, tickets to the general public on May 16.

Quick: name the highest-grossing one-week theatrical engagement at the Orpheum. “The Book of Mormon” in 2014? Nope. Try “Disney’s Newsies,” which set the box-office record for the week ending Feb. 14 with sales of $1,448,779.50 and an audience topping 20,000. And it’s not just about ticket sales. Hennepin Theatre Trust estimates that bringing in “Newsies” added $4.5 million in economic benefit to the area from travel, hotels, restaurants, retail, parking and other businesses patronized by theatergoers. Plus, as Hennepin Theatre Trust President/CEO Tom Hoch pointed out, “when touring productions come to the Orpheum, the shows themselves boost the local economy by [audience members] staying in hotels, eating at restaurants and spending money in Minneapolis.”

Tonight (Tuesday, Feb. 23) at the Minnesota History Center: Book launch for “They Played for the Love of the Game: Untold Stories of Black Baseball in Minnesota.” Long before we all knew Kirby Puckett’s name, Minnesota was home to countless talented African-American baseball players – in semipro leagues, barnstorming clubs and loose organizations of all-black teams, since they weren’t allowed in the majors. Author Frank White’s father was one of the top catchers in the Twin Cities in his day, something White didn’t learn until late in life. White will talk about his book and sign copies. 7 p.m. Free.

Thursday at Betty Danger’s Country Club: #coloringclubMPLS. We happen to think that a house is not a home without a big box of crayons, a set of colored pencils and probably some pens and markers, too. So the whole adult coloring books craze is fascinating. And the idea of coloring in a group – with beer – seems kind of perfect. It happens at Eastlake Craft Brewery, with a custom coloring page drawn by a local artist. 6 p.m. FMI and tickets ($5).

Starts Thursday at the Rarig Center: Brecht/Weill’s “The Threepenny Opera.” As part of the U’s “Weill and Brecht: A Twenty-First Century Celebration,” students from the Department of Theatre Arts and Dance and the School of Music perform “Threepenny,” the dark, decadent, wickedly funny precursor to “Sweeney Todd.” Everyone knows at least one of the songs: “Mack the Knife.” Kym Longhi directs, Jerry Luckhardt conducts. 7:30 p.m. in the Stoll Thrust Theatre. FMI and tickets ($16-$6). Ends March 6.

Paul Simon must have had a good time as a guest on “A Prairie Home Companion” earlier this month. He has already scheduled a return trip to Minnesota, for a one-night-only concert at the Orpheum on June 14 presented by the Cedar. (And congrats to the Cedar for this big-time score.) Tickets ($64.50-$144.50 and VIP) go on sale at noon this Saturday (Feb. 27) at the State Theatre Box Office (no fees), online through Ticketmaster.com, or by phone at 1-800-745-3000. Minneapolis local presale is Friday from 10 a.m. – 10 p.m. Password: PAULMN. 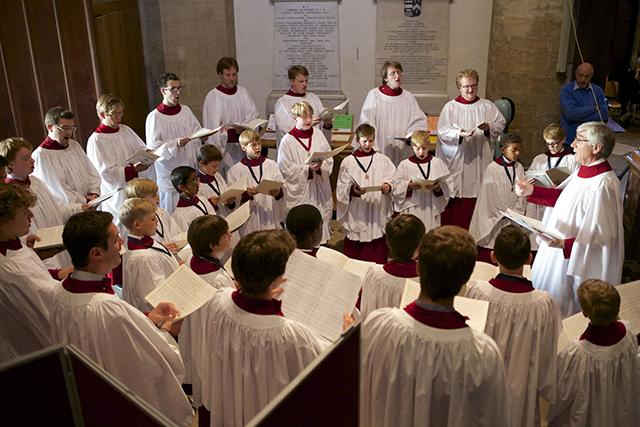 Fans of choral music, get out your smelling salts. The world-renowned, 500-year-old Christ Church Cathedral Choir, Oxford is coming to St. Paul with its long time director, Stephen Darlington. The all-male choir (12 men, 16 boys) will be presented by the Oratorio Society of Minnesota on April 8 at Hamline Church United Methodist. Tickets here ($20-$40) or call 866-811-4111.