Documentaries, even about fascinating people, can be deadly. Too many talking heads and grainy stills. Then there’s “BaddDDD Sonia Sanchez,” which has its Twin Cities premiere this week at Intermedia Arts. Filmmakers Barbara Attie, Janet Goldwater and Sabrina Schmidt Gordon did it right, turning in a powerful, inspiring work about an important artist now in her 80s whose story we should know.

A poet, activist, professor, and performer, author of many books and winner of numerous awards including the PEN Writing Award, the American Book Award, the Langston Hughes Poetry Award and the Harper Lee Award, Sanchez came out of a rough childhood to become a leading figure in the Black Arts Movement of the 1960s, fight for the inclusion of Black Studies in university curricula and speak out fearlessly, often in raw language, on injustice and inequality, racism, sexism and war.

The film explores Sanchez’s short-lived relationships with the Black Panthers (she dubbed Eldridge Cleaver a “hustler”) and the Nation of Islam (she didn’t like how they treated women), and her moves from teaching position to teaching position. Wherever she taught, she encouraged students to transform the institution, and her activism kept her off the tenure track. She was once asked (probably more than once), “Do you know how big you would be if you hadn’t been political?” That was never an option for her.

It also gives us a glimpse at “GIRL Shakes Loose Her Skin,” a new play by musician and composer Imani Uzuri and playwright Zakiyyah Alexander that comes to Penumbra in the spring of 2017, so watch for that.

It does not, however, delve too deeply into Sanchez’s personal life. Unless we missed it, she doesn’t even mention poet Etheridge Knight, to whom she was married briefly in the late 1960s. Knight lived in Minneapolis for several years in the 1970s.

Co-presented with the Black Documentary Collective, “BaddDDD Sonia Sanchez” screens Thursday through Saturday at Intermedia Arts as part of its Catalyst Series. 7:30 p.m. all nights. FMI and tickets ($7 advance/$9 at the door); 612-871-4444. Thursday includes a pre-show reception (6:30 p.m.) with DJ Chamun, J. Otis Powell, Joe Davis and Tana Hargest of the Givens Foundation, and a post-show discussion led by the Givens’ Erin Sharkey. Both Friday and Saturday include pre-show poetry readings inspired by the life and work of Sanchez.

Minneapolis artist Michael Sweere has been selected as the 2016 Minnesota State Fair Commemorative Artist. One thing that sets him apart is his choice of materials: reclaimed and salvaged items found in thrift stores, chipped plates and dishes donated by friends, tin canisters saved from recycling bins and discarded paper packaging, all of which he uses to create colorful, intricate mosaics and collages. He doesn’t like to waste things.

Here’s a bit on Sweere from last year’s “MN Original.” Since then, he was also chosen to be one of the 34 Minnesota artists commissioned to create work for the new Vikings stadium. 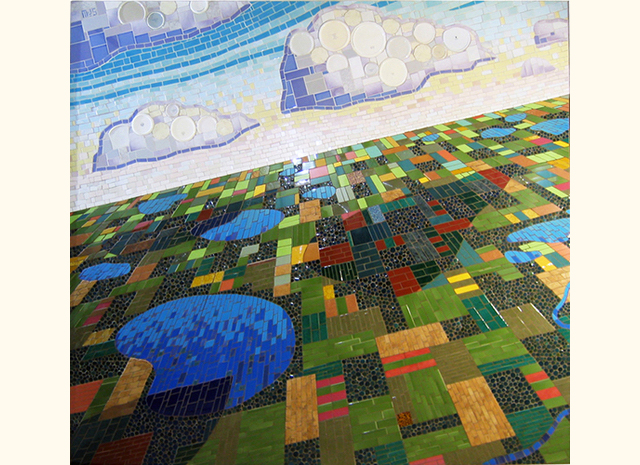 His State Fair art will recycle a transit pass, a paper hat and a fan on-a-stick, as a few examples. The final work will be unveiled at the State Fairgrounds in June. A poster, a limited number of signed prints and other merch featuring Sweere’s art will be available later this year.

Tonight (Wednesday, Feb. 3) at the U’s Ferguson Hall: “Brecht and Weill Together and Apart.” The first thing to know is that five schools and departments at the University of Minnesota – the School of Music; School of Music Opera Theatre; Department of Theatre Arts and Dance Department of German, Scandinavian & Dutch; and Institute for Advanced Study’s Brecht Research Collective – have joined forces for a Weill Brecht Festival that starts tonight and ends April 17. This kick-off event is a lively introduction to Kurt Weill and Bertolt Brecht, with keynote speakers Elizabeth Diamond and Kim Kowalke and a panel discussion moderated by Nautilus Music-Theatre’s Ben Krywosz. Cast members from “Threepenny Opera” and “Lady in the Dark” will perform excerpts. In the Lloyd Ultan Recital Hall. 7:30 p.m. Free and open to the public. 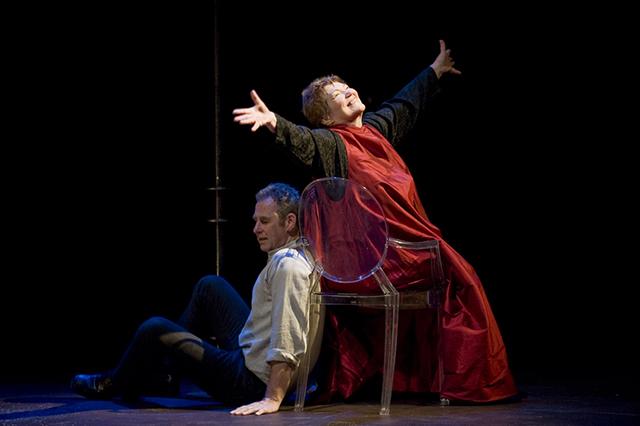 Photo by Kevin Sprague
“Women of Will”

Thursday at the O’Shaughnessy: “Women of Will.” With “Pericles” at the Guthrie and “The Two Gentlemen of Verona” due at the Jungle, the timing is perfect for some “bonus content” to Shakespeare’s plays. Actor, dramaturg and founding artistic director of Shakespeare & Company, Tina Packer probably knows the Bard’s female characters better than anyone. Part masterclass, part performance, this acclaimed program deconstructs and conjures the most famous ones, tracing their chronological evolution and examining Shakespeare’s growth as a writer. Nigel Gore is Romeo to Packer’s Juliet, Petruchio to her Kate. Directed by Eric Tucker. 7:30 p.m. FMI and tickets ($14-$34).

Thursday at Westminster Town Hall Forum: Jim Wallis speaks on “America’s Original Sin: Racism and White Privilege.” A theologian, activist, author and commentator on ethics and public life, Wallace views Trayvon Martin’s killing, and Michael Brown’s, and the Charleston church shootings, and Sandra Bland’s death as parables, and America as a nation founded by near genocide and slavery – our original sin. His latest book, “America’s Original Sin: Racism, White Privilege, and the Bridge to a New America” is a personal and prophetic challenge. At Westminster Presbyterian Church in downtown Minneapolis. Noon. Free. Music begins at 11:30 a.m. with Thomasina Petrus and Thom West.

Friday at Magers & Quinn: Julie Gard and Rachel Moritz read from their books “Homes Studies” and “Borrowed Wave.” More good timing, since both Gard and Moritz were just named finalists for this year’s Minnesota Book Award in the Poetry category. 7 p.m. Free.

Friday at the Ted Mann Concert Hall: Wind Ensemble Presents The Roaring Twenties: An Age of Change. The first in a series of Weill Brecht Festival performances includes the “Threepenny Opera Suite” and other selections by Kurt Weill, plus music by Gustav Holst and Ralph Vaughan Williams. Jerry Luckhardt conducts. 7:30 p.m. Free and open to the public.