Bravissimos to the Italian Cultural Center for scheduling its annual Italian Film Festival of Minneapolis and St. Paul in mid-February, a time when we could all use some la dolce vita. From Thursday, Feb. 18, through Sunday, Feb. 21, Italophiles, film buffs and Minnesotans desperate for a little warmth can see 10 films new to our state.

The line-up includes “Io, Arlecchino” (“I, Harlequin”), a drama from the traditions of Commedia dell’arte; “Latin Lover,” a send-up of the stereotype, whose main character is modeled in part on Italian heartthrob Marcello Mastroianni; “Se Dio Vuole,” a comedy about an atheist surgeon whose son is drawn to the priesthood; and “Mia Madre,” a drama from award-winning director Nanni Moretti based on her own experiences of trying to finalize a film while caring for her ailing mother. We thought we saw John Turturro in the trailer; we did.

Two films stand out for being so unexpected. “BlacksploItalian: 100 Years of Blackness in Italian Cinema” tells the stories of black actors in Italian cinema history and the struggles Afro-Italian and African diasporic actors have faced. We can’t recall ever seeing even one black actor in an Italian film. Director Fred Kudjo Kurwornu will be present for a Q&A after. The 1913 silent film classic, “Ma l’amor mio non muore” (“Love Everlasting”), will be accompanied by live music from the avant-garde band Sun Silo.

All films are shown in Italian with English subtitles. So you’ll hear that beguiling language. We happened to stumble across these words earlier this week, in an essay about Italian literature: “There’s something about reading, speaking or hearing Italian that resembles the moment in an aria when the singer is no longer saying words but rather voicing untranslatable emotion. It’s like leaving earth for a few seconds.”

This week’s all-new “MN Original” travels from streets to studios to the exquisite, mosaic-lined chapel at Lakewood Cemetery.

Artist Peyton Scott Russell practices, teaches and preaches graffiti art. He fell in love with the spray can during high school, when painting jean jackets gave him status and helped him fit in. Today he’s an elder and an ambassador for Twin Cities graffiti culture, determined to help people recognize the art form as a positive thing. Russell knows first hand that graffiti is “something that moves people, that changes people’s lives. You may think we’re just a bunch of thugs painting on the street and tagging up stuff. If I can get over that hurdle [and] people see artistic value to it, that changes everything.” 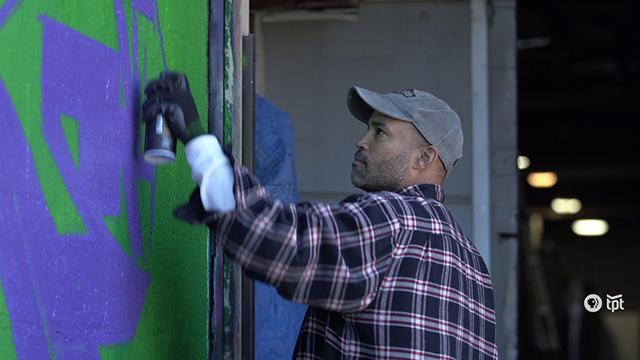 Don’t try this at home. Pyrotechnic artist Lisa Friedrich paints with gunpowder, creating images from flames and smoke. Somehow she still has all of her fingers. “I love trying to control something that can’t be controlled,” she says. Her images of Minneapolis bridges and buildings look like a city on fire.

Pottery fans and collectors will know the strong and distinctive work of ceramicist Ernest Miller. “MNOriginal” takes you inside his head and his studio as he meticulously shapes and carves clay and mixes glazes in pursuit of the perfect pot.

Born into a musical family, trained in Hindustani vocal technique by her father and brother, Pooja Goswami Pavan performs North Indian classical music. Her voice bends, soars and slides between notes, finding sounds you didn’t know existed. Pavan is filmed in performance at Normandale College and at Lakewood’s Memorial Chapel.

There’s a whole lotta Shakespeare going on in the Twin Cities this weekend. You can get your Bard on in Minneapolis and St. Paul, in theaters and a mansion. 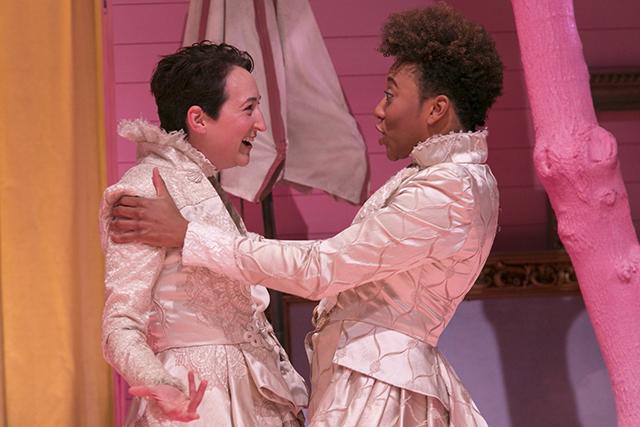 •  Opens tonight at Theatre in the Round: One of Shakespeare’s great villains comes to life in TRP’s staging of “Richard III.” Director George M. Roesler sets his first TRP production in the early part of the 20th century, keeps scenery to a minimum and trims the four-hour play down to about two hours. FMI and tickets ($22).

•  Tonight and tomorrow at Park Square Theatre: These are the public’s only chances to see Park Square’s “Romeo and Juliet,” produced for its education program; most other performances are weekday matinees for students. David Mann directs; Michael Hanna and Christian Bardin are the star-crossed sweethearts. 7:30 p.m. Friday, 2 p.m. and 7:30 p.m. Saturday on the Andy Boss Stage. FMI and tickets ($40/$60).

•  Sunday only at the Semple Mansion: “A Midwinter Night’s Dream” is not a theatrical run, but a gala for a good cause; proceeds benefit SAVE (Suicide Awareness Voices of Education). Wine and dine in the Italian Renaissance-style mansion as scenes from Shakespeare take place around you in a candlelit Venetian carnival setting. Semiformal and imaginative festive attire encouraged. There will be fairies, a wedding and a champagne toast. 6 – 9:30 p.m. FMI and tickets ($125/$75).

•  Now at the Guthrie: The clock is ticking on Joe Haj’s vision of “Pericles,” set to live music and full of breathtakingly beautiful moments and scenes. It ends Feb. 21. FMI and tickets ($15-$74).

More happenings around the twin towns:

Sunday at Lakewood Memorial Chapel: “To My Beloved: Fantasias and Duos by G.P. Telemann.” It’s a happy coincidence that this concert takes place the same weekend as the “MN Original” episode mentioned above. With Jin Kim on Baroque violin, Immanuel Davis on traverso. 3 p.m. We’re pretty sure this is a free concert; we found no mention of tickets. But you might want to be prepared to make a donation. 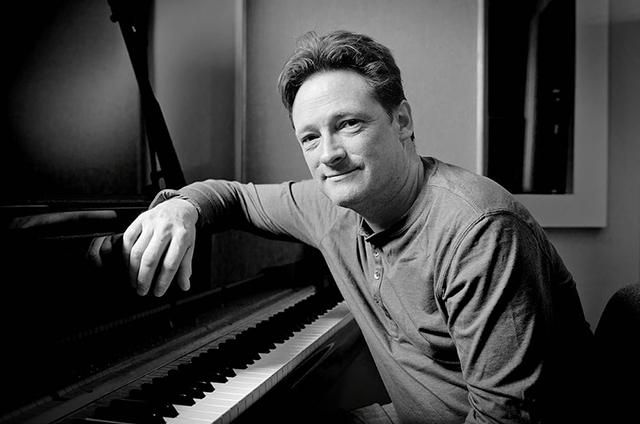 Tuesday at Crooners: Bill Carrothers. The acclaimed pianist plays the Bösendorfer in the Dunsmore Room, which calls itself a listening room and means it. There’s no better place for miles around to hear Carrothers thinking aloud. His vocabulary is vast, he’s a historian at heart, and there’s no telling where he might journey: into Monk or Bach, hymns or songs by Stephen Foster, or maybe, if we’re lucky, he’ll make something up. $20 minimum purchase; you can use it for food and/or drinks. 7 p.m. FMI. Call 763-571-9020 for reservations. Seating is limited.