Moments into Act I, Scene 1 of “The Two Gentlemen of Verona,” which opened Friday at the Jungle Theater, you don’t really care that the cast is all women. It’s interesting to know, but it’s not the main thing. As Shakespeare himself wrote, “The play’s the thing,” and what are we to do with this particular play, seldom performed and widely considered one of his most flawed and problematic?

Just enjoy, and try not to think too hard. Sarah Rasmussen’s highly anticipated directorial debut as the Jungle’s new artistic director – taking over from founder Bain Boehlke, who sat in the back row on opening night – is an ebullient, effervescent romp. It’s also very pink. The set is awash in girly pink, a puzzling choice.

Andrew Boyce’s set is more spare than we’re accustomed to seeing on the Jungle’s stage, where details are usually abundant. Walls, a doorway, a couple of trees (one climbable, for access to a second level), a couple of benches, and topiaries in pots set the scenes for Verona, Milan, streets, rooms and anterooms, a garden and a forest where outlaws pounce on travelers. Details overflow on Moria Sine Clinton’s costumes, gorgeous confections of brocades and velvets, lace and ruffles, and a red-carpet-worthy gown in fuchsia, with sparkles.

One of Shakespeare’s earliest plays, the comedy “Two Gentlemen” suffers from a terrible ending. Luckily, the rest of it is engaging enough, with colorful characters and much playful language.

Proteus and Valentine, the two gents and best buds, are on the brink of adulthood. Valentine (Mo Perry) leaves Verona to spend time in the court of the Duke of Milan and learn about the world. Proteus (Christiana Clark) is in love with Julia (Maggie Chestovich) and wants to stay home, but his father, Antonio (Shá Cage), kicks him out of the nest.

Meanwhile, in Milan, Valentine has fallen in love with Silvia (Lenne Klingaman), whose father the Duke (George Keller), wants her to marry the wealthy but vapid Thurio (Cage). Having pledged his undying love to Julia, Proteus arrives in Milan, promptly falls for Silvia and betrays Valentine, who is banished from the city and ends up leading the aforementioned outlaws.

No one dies, and love wins – this is, after all, a comedy – but first we must pass through the infamously shocking moment when Proteus tries to force himself on Silvia. Clark has perhaps the toughest role of all; she must convince us that Proteus sees the error of his ways and is back to being a good person, and she doesn’t have long to do it.

Two servants, Speed (Wendy Lehr) and Launce (George Keller), add repartee and comic relief. And there’s a dog – a large, black, ruff-wearing dog – who pretty much steals every scene he’s in. Bear (playing Crab) knows just when to yawn, lie down, look bored and wander to the side of the stage, where some audience members are seated, and get his head scratched. Is there an Ivey Award for dogs?

Typical for a Shakespeare comedy, there’s a lot of dashing about on stage (although Bear takes his time), but even on opening night, the cast seemed confident and almost relaxed. (They are all excellent actors.) When the lightboard crashed in Act 2, plunging the theater into darkness, they took it in stride, riffing and joking. As the lights came back up, Chestovich rebooted the play by asking Clark, “What were you saying?” (To Chestovich’s credit, when she masquerades as a man to check up on Proteus, we never forget that she’s a woman. Even though she’s surrounded by women dressed as men.)

So now we’ve seen Joe Haj’s “Pericles” and Sarah Rasmussen’s “The Two Gentlemen of Verona.” Even in our theater-heavy towns, you might go years without seeing live productions of either, and here they are.

It’s kind of fascinating that both new ADs have launched their Twin Cities careers with plays from the least-popular, least-performed part of Shakespeare’s canon. That both productions were originally staged at the Oregon Shakespeare Festival. That both have unusual casting: Haj brought in the out-of-towners he had worked with before in Oregon (and in Washington, D.C. at the Folger); Rasmussen stuck with the all-female approach she used in Oregon but with local actors.

Neither production is perfect, but both are absolutely worth seeing. Haj and Rasmussen took challenging plays and made them their own and memorable. True, their productions and interpretations had already been tested, refined and proven elsewhere, but now we’re the hometown crowd, and it matters what we think. It’s exciting to see new ideas, approaches and perspectives on important and influential stages. It makes us eager to see what’s next.

Fans of the classical recital look forward every year to learning who will appear in the Schubert Club’s International Artist Series. Each concert features one, two or a few great artists in a performance that seems warm and intimate no matter the size of the crowd. An orchestra concert is a splendid thing; a recital is something you can imagine taking place in your living room. 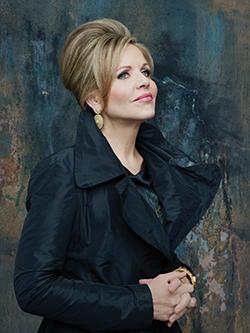 The 2016-17 series begins with the biggest possible bang: a recital by Renée Fleming, one of the world’s most celebrated opera stars. She’ll perform Oct. 5 in the Ordway Music Theater, and she will undoubtedly wear something fabulous. (This will be her fourth appearance in the series.) On Nov. 29 and Dec. 1, young German violinist Augustin Hadelich and even younger South Korean pianist Joyce Yang will demonstrate their considerable chemistry in the new Concert Hall.

Violinist Gil Shaham, who has often performed with the St. Paul Chamber Orchestra, will be here in March for a program with the SPCO that includes Mendelssohn’s violin concerto. On Jan. 8, 2017, in the Music Theater, he’ll give a single performance for the Schubert Club of solo unaccompanied Bach, which promises to be unbearably beautiful and probably heartbreaking. On March 29 and 30, Swedish soprano Miah Persson and Austrian baritone Florian Boesch, both popular on Europe’s concert stages, will be accompanied by pianist Malcolm Martineau in the Concert Hall.

Acclaimed Parisian pianist Alexandre Tharaud gave his first concert in the U.S. in January 2015, in Carnegie Hall. He’ll play twice in the Concert Hall, on April 27 and 28.

With the opening of the Ordway Concert Hall in March 2015, Schubert Club Artistic and Executive Director Barry Kempton was able to try something new: split International Artist series concerts between the bigger Music Theater and the smaller Concert Hall, and schedule Concert Hall events for evening shows (7:30 p.m.) and morning coffee concerts (10:30 a.m.). Kempton recently told the Star Tribune that the Schubert Club audience has since grown by 10-12 percent.