Electronic music can be beepy and buzzy. It can seem soulless and cold. And it’s not much to look at in live performance. Person sits at laptop, pressing keys, watching screen. Yawn.

Paris-born, Los Angeles-based composer Daniel Wohl writes music that “blurs the line between electronic and acoustic instrumentation,” strives to “close the gap” between his own classical background and the electronic music scene, and creates a “hybrid between two worlds.”

Listening to Wohl’s new album, “Holographic,” one hears the occasional beep and buzz, crackle and hiss, bonk and hum. Also violins, a vibraphone, bells, a clarinet, keyboards and human voices. The acoustic sounds are processed and manipulated, but that doesn’t remove the human touch, breath, muscle and sinew that made them. Wohl’s music has warmth.

On Thursday, Wohl brings his unique strain of 21st-century classical music to the Ordway Concert Hall for the season’s third Liquid Music concert. Presented by the St. Paul Chamber Orchestra, curated by Kate Nordstrum, Liquid Music defines “classical” in broad strokes. Basically, it’s music that’s written down by the composer and played (mostly) on instruments from the classical world.

That leaves a lot of room for experimentation and recombination. Boundaries between genres are increasingly porous, and the artists Nordstrum works with are kicking holes through them. They’re taking what they want – from classical, electronic, and world music, pop, jazz and alt-whatever – and creating what they please.

“Holographic” is an album, a series of concerts that began in Massachusetts and ends in St. Paul, and a project that involved a Dagwood sandwich of national and local commissioners, presenters and partners that includes the Massachusetts Museum of Contemporary Art (MASS MoCA), the Baryshnikov Arts Center in New York, the Indianapolis Museum of Art, the record label New Amsterdam, the Film Society of Minneapolis St. Paul, Alliance Française, McNally Smith College of Music and others, all working together for the past 12 months to create what Nordstrum calls “a world of ‘Holographic.’ ”

Why the Film Society? Wohl wants audiences at his live concerts to experience something beyond the recordings, so his concerts are multimedia events. Nordstrum approached the Film Society, which commissioned German-born, Los Angeles-based audiovisual artist Daniel Schwarz to create visuals to accompany the music. At the Ordway, Wohl will perform with a string quartet and three percussion musicians before a large-scale projection of Schwarz’s work. (A film documenting the project will be screened at this year’s Minneapolis St. Paul International Film Festival.)

The music is beautiful: layered, rhythmic, moody, and teeming with sounds, many mysterious but somehow familiar. Nordstrum considers it “next-level stuff. It moves the needle as far as classical music/composition is concerned.”

At a Monday evening meet-and-greet at Alliance Française, Wohl described “Holographic” as being for people “who like sound for sound’s sake, and like to be surprised by sound.” He also said, “I don’t think this music is hard to understand. It’s kind of entrancing at times, kind of shocking at other times.” Not jump-out-of-your-chair shocking, but “what am I hearing?” shocking. You won’t be able to tell what’s natural vs. computer-generated, acoustic vs. electronic. That’s OK. There won’t be a test. Just open your ears and eyes and let it in.

Don’t be that person who runs to the Godiva store at the last minute. Valentine’s Day is this Sunday, and while it’s too late to book a table at a fancy restaurant, you can probably squeeze into one of these. Save calories, make memories. 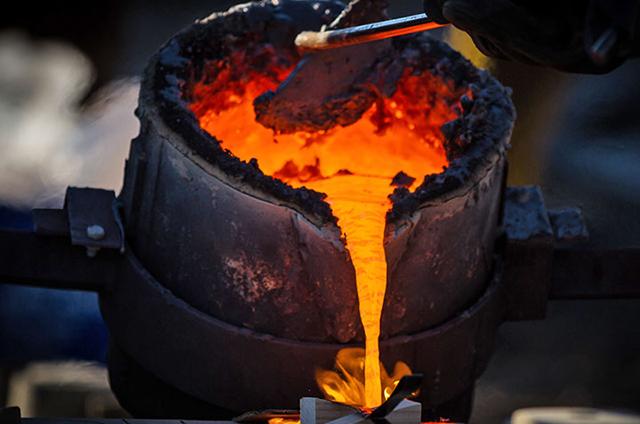 Saturday, Feb. 13, at Franconia Sculpture Park: Valentine’s Day Iron Pour. Nothing says “I think you’re hot” better than this annual event. Come to the park and watch experienced cast metal sculptors pour red-hot molten iron into molds. Bring a thermos of something hot to drink, warm yourself by the bonfire, and look around at the other crazy people there. Noon – 5 p.m. Free.

Saturday afternoon through early Sunday morning at the Walker: Winter of Love. We don’t know why it’s so great to be at the Walker after midnight. It just is. They’re throwing a big, bad party for V-Day weekend and it’s silly not to go for at least a while. It’s jam-packed with things to see and do: DJs spinning tunes, bartenders pouring cocktails, planetarium projections, films from the 1960s and ’70s (including “Apocalypse Now” at 11 p.m.), an Ecosexual Walking Tour, group meditations and the chance to hang out in the “Hippie Modernism” show until the wee hours. 2 p.m. Saturday – 2 a.m. Sunday. FMI. Free.

Saturday and Sunday, Feb. 13 and 14, at the Capri Theater: “Fancy Meeting You Here: The Crosby Clooney Story.” Maude Hixson and Arne Fogel team up for one of their song-filled, story-filled shows, this time spotlighting the long vocal partnership between Bing Crosby and Rosemary Clooney (George’s aunt, in case you don’t already know). With the Wolverines Jazz Trio. 7 p.m. Saturday, 3 p.m. Sunday. FMI and tickets ($25). Part of the Capri’s Legends series, curated by Dennis Spears.

Sunday at Orchestra Hall: “Fly Me to the Moon: Love Songs from the Big Band Era and Beyond.” Fresh takes on “Embraceable You,” “Stardust,” and other old faves performed by the Minnesota Orchestra led by Sarah Hicks and a jazz quartet featuring trumpeter Charles Lazarus. With vocalists Tonia Hughes and Carin Vagle. Classy. 2 p.m. This concert is sold out, but turnbacks might be available ($25-$60). 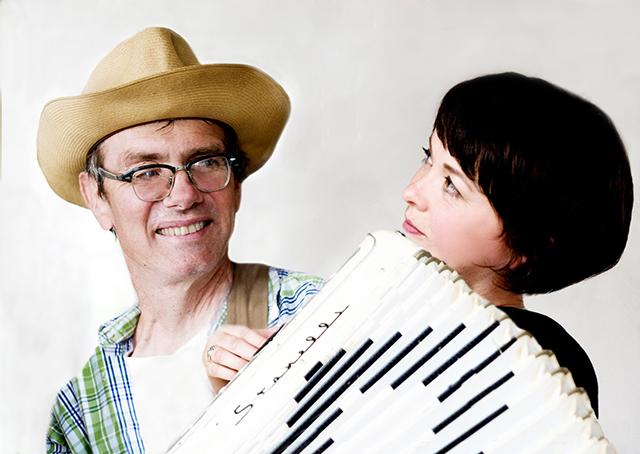 Sunday, Feb. 14 at the O’Shaughnessy: Kevin Kling and Friends: “The Love Show: Deluxe Edition.” An all-new variety show, full of music and songs and stories as only Kevin Kling can tell them. With Dan Chouinard, Bradley Greenwald, Prudence Johnson, Simone Perrin, Claudia Schmidt and Dane Stauffer. Kling defines the secret of love as finding the divine in the everyday. This will be entertaining, funny, tender-hearted and sincere. 3 p.m. FMI and tickets ($28/$22).

Props to the Minnesota Zoo for the most out-there V-Day gift idea. From now through Feb. 14, for $10, you can name a Madagascar hissing cockroach after someone you love. He or she will receive an electronic certificate, a personalized note and a poem. They’re calling it the “Roaches Are Red” promotion. FMI. Roaches last longer than roses anyway.