The big new show at Mia, “State of the Art: Discovering American Art Now,” is both exhilarating and exasperating. Exhilarating because everything in it is truly new: art we haven’t seen before, created within the last 5 years by artists we don’t know. Exasperating because there’s no theme or thesis to hold it together.

It’s a lot to take in: 134 works by 52 artists from all over the United States, including paintings, photographs, sculptures, works on paper, installations and videos, spread through the several Target Galleries on the museum’s second floor.

Mia’s “State of the Art” is part of a larger show organized by Crystal Bridges Museum of American Art in Bentonville, Arkansas, where 175,000 people came to see the original version. Knowing how it took shape is one way to get a handle on it.

From July 2013 to March 2014, Crystal Bridges curators logged some 100,000 miles visiting nearly 1,000 artists in their studios. They looked in communities large and small for art that satisfied three criteria: virtuosity, engagement and appeal. Did a particular work show a mastery of materials, techniques and ideas? Did it address issues relevant to our times? Did it grab the viewer? Everything in “State of the Art” checked all three of the curators’ boxes.

The artists are in mid-career, with connections to their communities but little or no national recognition. They are diverse in age, gender, race, geography, subject matter, media and approach. They are concerned with inequity, identity, the environment, power, pride, oppression, justice, perceptions of beauty, the passage of time.

In Laurel Roth Hope’s “Flight of the Dodo,” an elaborately carved medallion in walnut, gold leaf and silver leaf, the flightless dodo is airborne at last, on the wings of extinct pigeons. Pam Longobardi’s “Ghosts of Consumption (for Piet M.)” is a wall installation of plastic that washed up on beaches around the world. Adonna Khare’s drawing “Rhinos” references the decimation of the wild rhinoceros population.

In a performance piece represented by three large photographs, Wilmer Wilson IV challenges the “brown paper bag test” once used to grant or deny access to privileges. If your skin was lighter than a brown paper bag, you were in; darker, you were out. Wilson covers his nude body in inflated brown paper bags, then destroys them. Angela Drakeford, bullied for being “too white” in her largely African American neighborhood and “too black” in the mostly white schools to which she was bussed, crafts elegant flowers from black tar paper. Vanessa German transforms found objects into “power figures” to protect the children of her Philadelphia neighborhood.

Mia describes “State of the Art” as a “snapshot of what contemporary American art looks like today.” It’s a snapshot of what two curators think it looks like, which makes us wonder how many more artists have yet to be spotlit by an exhibition like this one. A visit from Crystal Bridges – or Mia, or the Walker – can be life-changing.

Artist Khare, who came to Minneapolis for the opening, didn’t think much of it when the Crystal Bridges crew visited her studio in Santa Monica, California. Then she got into the show. Her first solo museum exhibition opened in Boise last weekend. She calls the experience “a dream come true.” Almost all of the pieces in “State of the Art” were acquired by Crystal Bridges for its collection. Mia curator Dennis Michael Jon noted that Mia might be looking at work by some of the artists featured.

There’s good, maybe great art in “State of the Art,” but you almost have to stumble on it. Jon pointed out the incredible technical virtuosity of Tim Liddy’s enamel on copper work (“The Horror,” “Pistolet,” and “Circa 1953”). We loved Mequitta Ahuja’s drawings, and Sonja Clark’s fiber-wrapped combs, and Alison Ruttan’s ceramic maquettes of buildings destroyed by war. We wish we’d had more time to spend on Chris Larson’s “Heavy Rotation” video, and Jonathan Monaghan’s woozy “Rainbow Narcosis.” (Larson is one of three Minnesota artists in the show, along with Andy DuCett and Cameron Keith Gainer.)

It’s not that the art is hard; as Jon said, “there aren’t a lot of head-scratching pieces.” But it’s hard to know where to look and how to spend your time. Maybe the best way to see “State of the Art” is on a guided tour. Member tours and public tours are available from now into May. 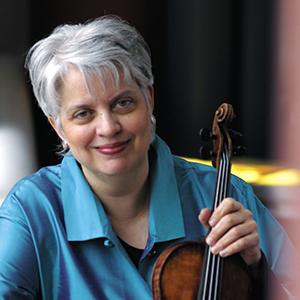 Saturday and Sunday in MacPhail’s Antonello Hall: Minneapolis Bach Ensemble: Jorja Fleezanis Dazzles with Bach. The former concertmaster of the Minnesota Orchestra returns to perform Bach’s E Major Violin Concerto and Brandenburg Concerto No. 4 with the Bach Ensemble, led by Andrew Altenbach. Also on the program: Bach’s Cantata 127 and C.P.E. Bach’s Symphony in A Major. 3 p.m. both days. FMI and tickets ($25 adults/$10 under 18).

Sunday afternoon at the Hennepin History Museum: Ernest Batchelder: American Tilemaker and Innovator. When the 100-year-old Handicraft Guild Building is “rehabbed and repurposed,” will its Batchelder tiles be saved? Ernest Batchelder (1875-1957) was one of the world’s premier Arts & Crafts tilemakers; his work can be found in many Twin Cities buildings and south Minneapolis homes. Keith Bieneman of the Chicago-based Heritage Tile Company will lead an illustrated talk about Batchelder in the museum’s cozy fireplace room. Sponsored by the Twin Cities Bungalow Club. 2 p.m. Free to members, $3 for non-members.

Monday at Icehouse: Ches Smith Trio. We would never discourage anyone from going to Icehouse or any other Twin Cities club, but we respectfully request that you show up for this ready to listen. With Smith on drums, vibraphone and timpani, Golden Valley native Craig Taborn on piano and Mat Maneri on viola, this is brooding, narcotic, often delicate chamber music/contemporary jazz. The trio is touring behind their just-released “The Bell” on ECM. 9:30 p.m. FMI and tickets ($15 in advance or at the door). 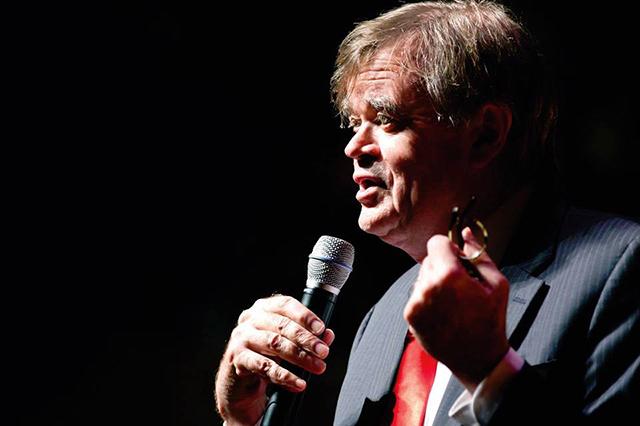 Monday at Plymouth Congregational Church: Hymnsing with Garrison Keillor. Hear stories from Keillor and sing along with the old revivalist hymns. 7 p.m. in the sanctuary. Free.

Tuesday at TPT: “The Human Face of Big Data.” Everything we do leaves a digital trace. All of this data can be used, and is being used, to improve our quality of life – and to violate our right to privacy. You can watch this PBS documentary Wednesday on your teevee, or you can see it a day early at TPT’s new digs and stay around for a panel discussion moderated by MinnPost’s Briana Bierschbach. The panel includes producer/director Sandy Smolan. 7 p.m. Free, but reserve your spot.

Thursday (Feb. 25) at the Walker: Rez Abbasi’s Invocation. On the topic of phenomenal jazz artists coming to town (see Ches Smith Trio above), we can hardly believe that tickets are still available for this gathering of greats: guitarist Abbasi, saxophonist Rudresh Mahanthappa, pianist Vijay Iyer, acoustic bassist Johannes Weidenmueller, drummer Dan Weiss and cellist Elizabeth Means. The concert opens with a set by Mahanthappa’s Indo-Pak Coalition, his trio with Abbasi and Weiss. 8 p.m. FMI and tickets ($28/$24).