Walking Shadow asks you to spend two hours behind a coffee shop in Shirley, Vermont, hanging out at a picnic table near the trash bins with a couple of slackers and a nerdy, awkward teenager. In Annie Baker’s play “The Aliens,” part of a three-play cycle set in Shirley, nothing much happens on the surface. There’s a lot of sitting around, desultory conversation and silence, punctuated by small sounds: birds, crickets, a bit of traffic, an occasional burst of coffee shop chatter. (Baker’s stage directions specify that at least a third of the play should be silent – “uncomfortably so.”) There’s no plot, just dialogue, and no action besides the comings and goings of the characters and the swinging of the shop’s back door.

And yet, what a play. A 2010 Obie winner, this minimalist gem hooks you gently and makes you care for Jasper, the high-school dropout and would-be novelist whose girlfriend has just dumped him; KJ, the college dropout with a drinking problem (among other issues, gradually revealed and/or alluded to) who’s back living with his mother; and Evan, the kid who works in the coffee shop and worries he’ll get in trouble for letting Jasper and KJ stick around.

Longtime friends Jasper and KJ were once in a band called the Aliens, hence the play’s name, but “The Aliens” here is also about alienation (when KJ asks Evan, “Do you have any friends at school?” Evan says, “Not really”), and the human need to make some sort of connection with others, however slight or fragile. In other hands, Jasper, KJ and Evan could have been silly stereotypes, played for mocking laughs. Baker treats them tenderly, with compassion.

Everything about this production feels solid and right, from the casting – Paul Rutledge as Jasper, Paul LaNave as KJ, Spencer H. Levin as Evan – to Erica Zaffarano’s utterly convincing set and Katharine Horowitz’s delicate sound design. Putting “The Aliens” in the tiny Red Eye Theater draws us close to every look, gesture and attempt at communication. There’s a surprise in the second act we’ve been asked not to write about, so we won’t, but at least now you know that something happens in this play, which compels you to pay attention even when nothing happens, and rewards you for it.

At the Children’s Theatre, “The Snowy Day and Other Stories by Ezra Jack Keats” is the antidote to most of what’s aimed at children these days. There are no friendly monsters, animated yellow hordes or superheroes. It’s not fast or noisy. Adapted by Jerome Hairston from four picture books written and illustrated in the 1960s by Keats, the son of Polish Jews, this world premiere production is about simple things in the life of a child growing up in a city, viewed through a child’s eyes: playing in a new snowfall, learning to whistle, finding an unexpected treasure, inviting a friend to a birthday party. 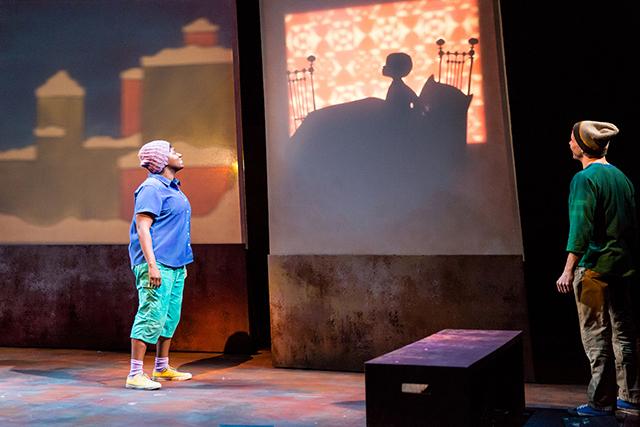 Published in 1962, “The Snowy Day” broke the color barrier in mainstream children’s books by featuring a black child, Peter, and his parents. At CTC, Mikell Sapp, winner of the Emerging Artist Ivey award in 2015, is the irrepressible Peter, with company member Dean Holt and St. Paul actor Joy Dolo (in her CTC debut) playing all the other roles. Other cast members include Fabrizio Montecchi’s shadow puppets of Peter, his family and friends, and his wiener dog, Willie. Sometimes the puppets are small, sometimes large, sometimes projected as shadows from behind a screen, sometimes openly manipulated by the actors on stage.

While “The Snowy Day” can get a little too slow for grownups, the hourlong production (no intermission) seemed perfectly paced for the children in attendance on Sunday afternoon. They bounced on the edges of their seats, called out the characters’ names, asked questions and wondered out loud where Peter was going and where Willie was. As Peter tried to whistle – at first, all he could do was sputter and blow – many children in the audience showed they knew how, and for a moment, the theater was filled with soft piping, like birdsong.

Now at the Children’s Theatre: “The Snowy Day and Other Stories by Ezra Jack Keats.” Directed by Peter Brosius. FMI and tickets ($10-$58). Ends March 20.

If you haven’t heard, the late St. Paul composer Stephen Paulus finally won his first Grammy, for “Prayers and Remembrances.” His wife, Patty Paulus, and their two sons, Greg and Andrew, accepted the award on Monday. Paulus died in 2014 from complications of a stroke he suffered in 2013.

Windom native Maria Schneider won two Grammys, one for her last album, “The Thompson Fields,” and one for her work with David Bowie on the song “Sue (Or in a Season of Crime),” part of Bowie’s last album “Blackstar.” The latest awards bring Schneider’s Grammys count to five, and she’s now one of the very few artists who have won for work in the classical, jazz and rock genres. 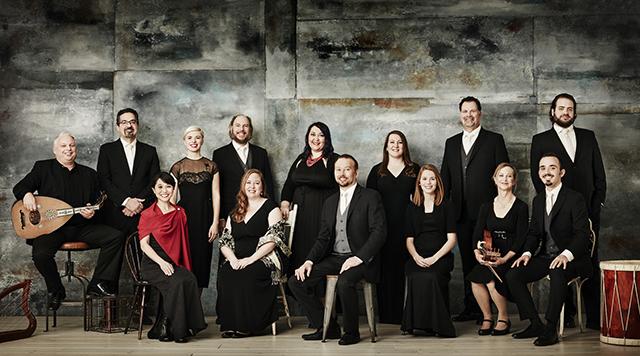 Tonight through Sunday, various locations: The Rose Ensemble: “Sainte-Chapelle de Paris: A King’s Quest for the True Cross.” Still in our ears: the exquisite singing of the Rose at the “Christmas in Baroque Malta” concert last December. They’re back with another thoroughly researched program of music old and new, performed in beautiful spaces. The theme this time is the 13th-century royal gothic chapel in Paris built by King Louis IX as a reliquary; the program is medieval and Renaissance music that hasn’t been heard in hundreds of years, plus the world premiere of a newly commissioned work by Minnesota composer Linda Kachelmeier. 8 p.m. tonight at Church of the Holy Cross in Minneapolis; 8 p.m. Friday at Church of the Incarnation in Minneapolis; 8 p.m. Saturday at St. Paul Seminary Chapel in St. Paul; 7 p.m. Sunday at Mary of the Angels Chapel in La Crosse, Wisconsin. FMI and tickets (prices vary).

Friday at the Parkway: “We Can Be Heroes: The Bowie Tribute.” A local line-up of luminaries presents a “circus-like” night of art, music, fashion and androgyny in honor of David Bowie. With former members of Prince’s band and musicians from the Suburbs, Soul Asylum, the Rembrandts and more, led by Julius Collins. Dressing up is encouraged. Doors at 7:30 p.m., show at 9. FMI and tickets ($35). A 21+ event.

Friday and Saturday at Orchestra Hall: Hilary Hahn Plays Sibelius. This is the concert the Orchestra will play on March 3 at Carnegie Hall. 8 p.m. FMI and tickets ($34-$96). Best bet: Friday night.

Friday through Sunday at Studio Z: Zeitgeist: Playing It Close to Home. The new music quartet’s annual celebration of music made here features the winning songs from its annual Eric Stokes Song Contest and three works by Janika Vandervelde: the world premiere of “This World Is Maya” plus “Getting Some Zzzzs” and “Genesis VII,” written for Zeitgeist in 1989. Friday and Saturday at 7:30 p.m., Sunday at 2 p.m. FMI and tickets ($15/$10).

Sunday afternoon at Hamline’s Sundin Music Hall: The Musical Offering: Salon Parisien. TMO’s annual Schubertiade – an event born in Vienna in Schubert’s day that combines music with food, drink and socializing – takes a French turn. Hear music by Debussy, Ravel, Poulenc and Jean-Michael Damase; feast on a repast of quiches, croquettes, crepes, cheeses and more prepared by Hamline’s Chef Emmet Fennessey; chat with the musicians, who include members of the Minnesota Orchestra and the Minnesota Opera Orchestra. It sounds like a perfect way to spend a Sunday afternoon. 3 p.m. FMI and tickets ($50 all-inclusive).