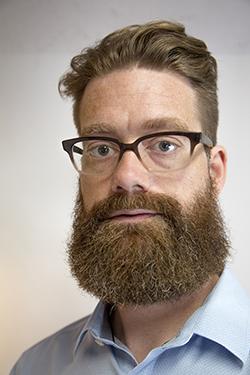 Begun in 2005, the City Artist program has redefined the role of the artist working within city government, becoming a national model. Projects conceived and created by City Artists include Everyday Poems for City Sidewalk, which turned routine sidewalk maintenance into poetry underfoot, and Urban Flower Field, which transformed an abandoned lot (the future Pedro Park at the corner of Robert and 10th streets) into temporary public art.

Dysart brings 14 years of experience in visual art focused on environmental preservation, civic engagement, and exposing and simplifying hidden infrastructure and systems. Most recently, he was one of four artists involved with District Energy St. Paul on the Plume Project, funded by a Knight Arts Challenge grant, which sent colorful, glowing steam plumes into the city’s night sky.

The Walker has hired two new curators: one from Milan, whose start date depends on his visa, and one from New York City, who will split her time between here and there.

Vincenzo de Bellis, named Curator, Visual Arts, was director of the Peep-Hole Art Center in Milan, which he cofounded in 2009. He brings a history of producing global exhibitions and will take a lead role in grant-driven and campuswide initiatives, including the Walker campus and Minneapolis Sculpture Garden redevelopment. He will also help steward acquisitions within the permanent collection. De Bellis has led the International Fair of Modern and Contemporary Art in Milan as artistic director; he formerly held curatorial roles at galleries and museums in Rome, Bolzano and Bergamo.

Adrienne Edwards will be Curator at Large, Visual Arts for the Walker while continuing as curator at Performa in New York, a nonprofit incubator for artists’ projects. Her work has focused on artists of the African Diaspora and the Global South. She brings experience in contemporary performance-based practice within visual arts and will work with the Walker’s visual arts department to develop and implement artist projects and exhibitions, expand interdisciplinary scholarship and research and contribute to the Walker’s acquisitions planning. Edwards is also a Ph.D. candidate in performance studies at NYU. 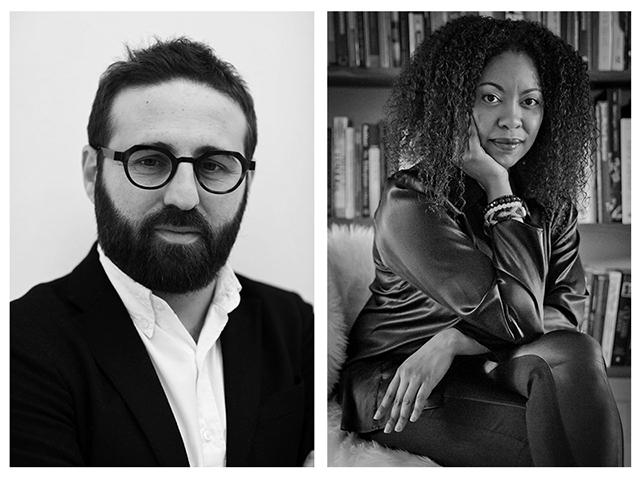 The Walker’s artistic director, Fionn Meade, called Edwards and de Bellis “two of the most exciting and dynamic curators in contemporary interdisciplinary practice.” Executive Director Olga Viso said, “They will bring great energy as we seek to activate gallery, stage, and garden with newly commissioned artworks inside and out.” The Sculpture Garden will reopen in June 2017.

Andy Froemke of Lindstrom has won the first $10,000 IFP MN Screenwriting Residency, a new competition for Minnesota screenwriters. Funded by the Knight Foundation’s Knight Arts Challenge with matching funds from IFP MN, the residency is the only one of its kind. The competition drew 99 applicants in its first year, and all submissions were blind submissions. 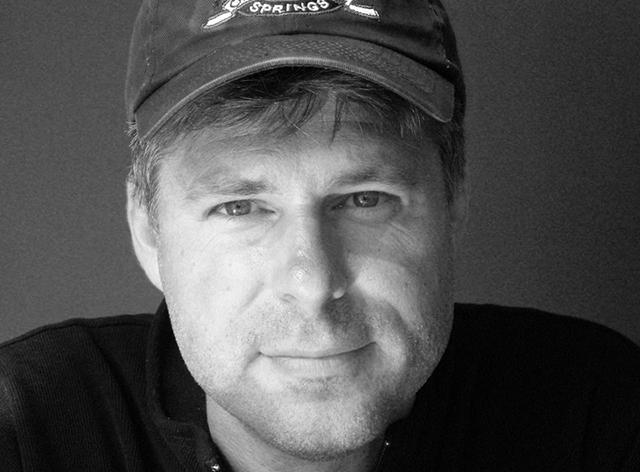 Courtesy of the artist
Andy Froemke

Froemke’s winning screenplay, “The Lowrie Gang,” tells the true story of Henry Berry Lowrie, a “Native American cross between Jesse James and Robin Hood” who made national headlines when he rallied a mixed-race band of outlaws to stand up to the Ku Klux Klan in post-Civil War North Carolina after they gunned down his father and brothers.

Along with the cash prize, Froemke will receive support in connecting with industry advisers and production companies, free classes at IFP MN and a staged reading of his screenplay at a later date. Nine other finalists will also receive guided mentorships and free classes.

Carlson-Wee is a 2015 NEA Creative Writing Fellow and the author of the award-winning chapbook “Dynamite.” Jackson is a poet, playwright, dancer, musician and alumnus of Cave Canem, the esteemed writing fellowship for black writers. Mura has written four books of poetry and two memoirs; this is his fifth McKnight. Naca’s first collection, “Bird Eating Bird,” was selected for the National Poetry Series. Van Hoven previously worked for Creative Kidstuff and has written two Minnesota-themed children’s books.

The Rain Taxi Readings series gets to put a sticker on its next guest, Brian Blanchfield.  The Arizona-based poet and essayist just won a 2016 Whiting Award in Nonfiction, a prestigious – and liberating – honor with a $50,000 prize. He’ll appear in the Club Room at the Red Stag Supperclub on Friday, April 15, to discuss his new book, “Proxies: Essays Never Knowing.” Joining Blanchfield will be Minnesota poets Juliet Patterson and Paula Cisewski. One thing they’ll talk about: why poets are creating some of the best nonfiction of our time. 7 p.m. Free and open to the public.

Tonight (Wednesday, March 30) at the U’s Elmer L. Andersen Library: Peter Brown. The award-winning author and illustrator of “My Teacher is a Monster! (No, I Am Not),” “Creepy Carrots!” and “Children Make Terrible Pets” will give the annual Chase Lecture in Children’s Literature and sign books after. Free and open to the public. 5:30 p.m. FMI. 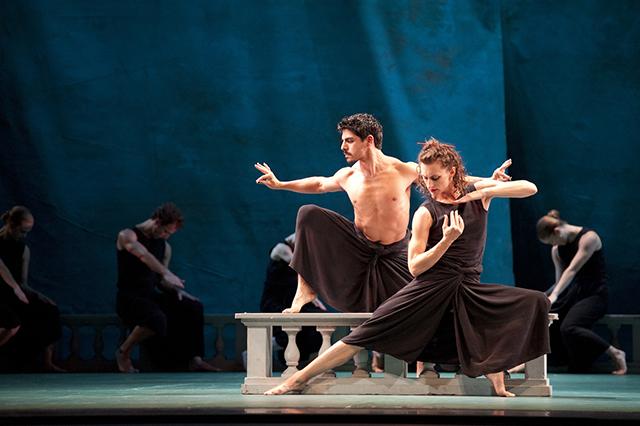 Tonight at Northrop: Mark Morris Dance Company and Music Ensemble. Tickets are still available to this one-night-only performance by the only modern dance company committed to having live music accompany each performance. Artistic director Mark Morris has created nearly 130 works for his company; here they’ll dance his evening-length “Dido and Aeneas,” which premiered in 1987 and is considered “a tour-de-force of late 20th-century artistic storytelling.” Morris will direct and conduct the orchestra. 7:30 p.m. FMI and tickets ($54/$64/$74). Free performance preview at 6:15 p.m. in the Best Buy Theater.

Thursday at the Landmark Center: Opening reception for “In the Eye of the Lens: The Very Best of the Saint Paul Camera Club.” Formed in 1893, the Saint Paul Camera Club has operated continuously ever since, its members snapping away. Meet members, peruse their beautiful images and view vintage cameras from photography’s pre-smartphone days. 5:30-8 p.m. Free and open to the public. Ends May 12. Coming up: three free public workshops led by club members. April 9: Tips for Crafting a Beautiful Photo Book. April 23: The Perfect Vacation Photos. April 20: The Basics of Photographic Composition. All 10 a.m. – 12 p.m., also at Landmark Center. 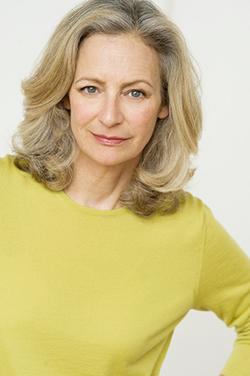 Courtesy of the artist
Sally Wingert

Sunday at MacPhail: The Bakken Trio and Sally Wingert: “Whimsy.” An afternoon of musical jokes, games and spoofs in MacPhail’s lovely Antonello Hall. The program includes Rodion Shchedrin’s “Three Funny Pieces for Piano Trio,” Haydn’s string quartet “The Joke,” Jeffrey Brooks’ “What Bird Am I Thinking Of?” and Aaron Jay Kernis’ “Le Quattro Stagioni Della Cucina Futurismo” (The Four Seasons of Futurist Cuisine), narrated by  Sally Wingert. The concert is followed by a wine and cheese reception with the artists. 4 p.m. FMI and tickets ($25).

Sunday and Monday at the Dakota: SFJAZZ Collective: The Music of Michael Jackson. An all-star, award-winning jazz supergroup, the Collective is unique among jazz ensembles. Launched in 2004 by SFJAZZ, the San Francisco jazz organization, the Collective focuses on a different composer each year, performing, recording and touring with music by that composer and new pieces by Collective members. This year it’s Michael Jackson, the King of Pop. Here’s their take on “Thriller.” How cool is that? The current Collective line-up is Miguel Zenón (alto sax), David Sánchez (tenor sax), Sean Jones (trumpet), Robin Eubanks (trombone), Warren Wolf (vibes), Edward Simon (piano), Matt Penman (bass) and Obed Clavaire (drums). For the Dakota shows, Jones (much loved around these parts) has another engagement and Avishai Cohen will step in. Two sets, both nights: 7 and 9 p.m. FMI and tickets ($25-$45).