One of the greatest operas of all time, Puccini’s “Tosca,” in a new production by Minnesota Opera, is nearing the end of a longer-than-usual three-weekend run at the Ordway. Tickets are still available for the final two nights, Thursday and Saturday (March 24 and 26). The three main roles – the tender-hearted but jealousy-prone opera singer, Floria Tosca; her lover, the idealistic artist Mario Cavaradossi; and the cruel, lecherous chief of police, Baron Scarpia – have been double cast, and both remaining performances are led by soprano Kelly Kaduce, who stepped into the title role less than a week before opening night, after Hungarian soprano Csilla Boross dropped out for personal reasons.

The time: the Napoleonic wars. The place: Rome. The body count by final curtain: four. Two suicides, a stabbing and a firing squad. Only one death takes place off stage. So do a couple of torture scenes. If you like happy endings, this is not for you.

The “Tosca” we saw – Kaduce’s second performance – was a big, glorious night at the opera.  The orchestra (under conductor Ann Manson) sounded the first few notes, the curtain rose and we were dazzled by a giant golden sunburst, framed by curving staircases and encircling a massive Madonna. Sets matter a lot in opera, and all three by Lorenzo Cutùli (one for each act) have wow power: the first inside the church where we meet the cast including Angelotti, an escaped political prisoner (Andrew Lovato), Cavaradossi, Tosca, and Scarpia; Scarpia’s palatial headquarters, its gilded table set for dinner with a dozen tall, flickering candles against a luscious backdrop; and the ramparts of Castel Sant’Angelo, below a statue of a fearsome warrior angel with drawn sword. Cutùli also designed the costumes, including a long, glittering wrap perfect for dragging up the stairs.

Kaduce sounded – and acted – as if she had been rehearsing for weeks. (She returns in May for “The Shining,” lucky us.) Her pairing with tenor Leonardo Capalbo (last seen here in “The Manchurian Candidate”) as Cavaradossi generated real heat. As Scarpia, baritone Stephen Powell oozed malevolence. Some of his lines were shocking, the words of a sadist who prefers his conquests to be angry and afraid. One scene between Scarpia and Tosca was closer to “Game of Thrones” than most of us have probably seen in opera. It’s questionable whether director Andrea Cigni needed to take it that far.

On the night we were there, Minnesota Opera’s music director Michael Christie gave a brief welcome and introduction, telling us a bit about how the sunburst and the Madonna were made (fun to know) and urging us to buy our tickets to “The Shining” while we can. Seriously; opening night (Saturday, May 7) has already sold out and the following Saturday (May 14) is close. There will only be four performances of this world premiere Minnesota Opera commission.

Theater Latté Da seems poised to get a home of its own after 10 years of bouncing among venues including the Lab, the Pantages and increasingly the Ritz Theater in Northeast, where the company moved its offices in September 2014. As announced at Latté Da’s annual gala over the weekend and reported by the Star Tribune, the theater has entered into an “exclusive negotiating arrangement” with the Ritz Foundation, the building’s owners. As of Tuesday afternoon, “negotiations are ongoing and we are moving towards a purchase agreement,” Latté Da spokesperson Seena Hodges said.

Latté Da’s last home was the Loring Playhouse on Hennepin Ave., which it left in 2006. The Ritz’s last resident company was Ballet of the Dolls, which went on hiatus in 2014. Myron Johnson, the Dolls’ artistic director, weathered a health crisis and has since worked with the James Sewell Ballet, which last year staged a revival of his “Nutcracker (Not So) Suite.”

Latté Da seems like a very good fit for the Ritz. The theater’s “Sweeney Todd” was a huge hit there last fall; “C.,” a musical retelling of the Cyrano de Bergerac tale, opens soon. Renovated in 2006, the 245-seat theater is in a hot Northeast neighborhood of restaurants, galleries and bars. Fingers crossed that the deal goes through.

And fingers crossed for Patrick’s Cabaret, which yesterday announced that its home for 16 years, an old firehouse at the corner of Lake St. and Minnehaha Ave. topped with a rainbow flag, has been sold. The Cabaret must move out by May 31, which is not a long time from right now.

In a statement sent Tuesday morning and also available on the website, Scott Artley, who was named executive director in January, was straightforward and sanguine. “While we are disappointed,” he wrote, “we embrace this development as an opportunity to refresh and restructure how we operate … Since Patrick’s Cabaret began in 1986, thirty years ago this April, it has existed in several locations. At our core, the Cabaret is a concept and a community, not necessarily a place. … Let’s mark this as moment to remember what’s come, and to dream about what’s next.”

It won’t be easy. As Artley noted, “Losing the firehouse is a significant challenge to our funding, as we lose essential rental income that supported our programming. … Our change in circumstances requires us to further reduce overhead by shifting responsibilities and not refilling vacant positions.”

Meanwhile, scheduled shows and events will go on, including “Cabaret Cabaret: The 30th Anniversary Show” on April 29 and 30 and the annual Roots, Rock & Deep Blues music festival on July 16.

Artists are already speaking out. Black Label Movement’s Carl Flink left this Facebook post: “The Cabaret is quite simply one of the most important incubators of the performing arts in the Twin Cities and this is a tectonic shift to our arts community. BLM regularly rehearses at the Cabaret. We love it and I can’t say how sad this news is.”

The Cabaret’s support for artists “working on the edge of culture” – artists of color, with disabilities and on the LBGTQ spectrum – is legendary. Let’s hope it finds a new home soon. 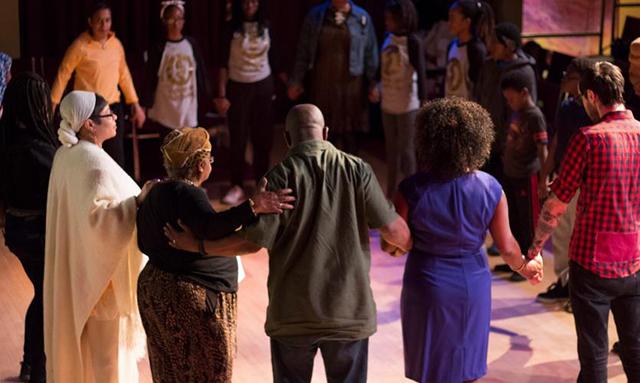 Photo by Ari Newman
“I Am Woman,” a guest-curated cabaret by Danielle Daniel (March 2016)

Tonight (Wednesday, March 23) at SubText Books: Annual Preseason Baseball Reading. With Frank White, author of “They Played for the Love of the Game: Untold Stories of Black Baseball in Minnesota”; Rita Moe, author of “Findley Place: A Street, a Ballpark, a Neighborhood”; Margot Galt Fortunato, author of “Up to the Plate: The All American Girls Baseball League”; and David Anderson, author of “Johnny Baseball Seed.” 7 p.m. Free.

Tonight at a movieplex near you: “The Ten Commandments.” According to a national survey (of movie ticket buyers, not Netflix subscribers), Cecil B. DeMille’s 60-year-old epic is the top-ranked biblical blockbuster of all time. Maybe it’s the all-star cast, led by Charlton Heston as Moses and Yul Brynner as Pharoah. Maybe it’s that parting-of-the-Red-Sea scene. When this legendary epic opened in 1956, it played in many theaters for more than a year. We’re guessing you’ve never seen it on the big screen (we haven’t), and here’s your chance, with new commentary before and after from TCM host Ben Mankiewicz. 2 p.m. and 7 p.m. FMI and tickets (prices vary). Click “Buy Tickets” and enter your ZIP. 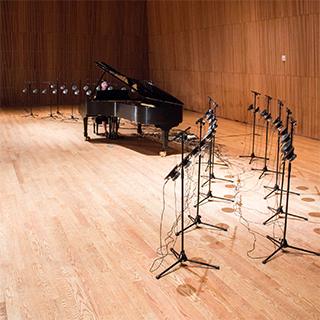 Thursday at the Walker: Vicky Chow and Tristan Perich: “Surface Images and Observations.” More and more, acoustic and electronic music are dancing together. When it works, it’s thrilling. In two sets at the Walker, Chow’s virtuosic acoustic pianism blends with composer Perich’s electronics in what Liquid Music curator Kate Nordstrum calls “a wave of music and sound.” Copresented by Liquid Music and the Walker. Two different, complementary programs at 6 p.m. and 7 p.m. in the galleries. FMI. It’s a Target Free Thursday Night, so the music and admission are free.

Daily (except Mondays) at the Science Museum: “National Parks Adventure.” The National Park Service turns 100 this year, and this film is both birthday card and irresistible invitation to places like Yosemite, the Everglades, Arches, Yellowstone, Glacier, Moab and Denali. Narrated by Robert Redford (who notes that one reason he still lives in Utah is because it has so many national parks), it’s full of spectacular scenery, made even more dizzying on the Omnitheater’s 90-foot giant dome screen. With glimpses of more than 30 national parks across the country, it made us dream of selling everything but a couple of plates and mugs and moving into an Airstream. And reading John Muir. On the Saturday when we visited, an actor costumed as Teddy Roosevelt in pith helmet and khakis greeted visitors in the lobby. FMI, showtimes and tickets ($8/$7).