The Cedar Cultural Center, located in North America’s largest Somali diaspora community, has received a trifecta of national grants totaling $439,000 to support its work with Somali artists. All are being awarded by the New York-based Doris Duke Charitable Foundation (DDCF).

The largest, $300,000, comes from the Building Bridges program of the Doris Duke Foundation for Islamic Art (DDFIA), which works to advance relationships, increase understanding and reduce bias between Muslim and non-Muslim communities. The grant will help fund the continuation of the Cedar’s Midnimo (Somali for “unity”) program, launched in partnership with Augsburg College in 2014. Midnimo features Somali artists from around the world in public concerts, workshops and activities for Somali and non-Somali audiences.

The second grant, $115,000, from the DDCF Building Demand for the Arts program, will be used to promote live jazz-influenced music among Somali groups and fund residencies at the Cedar for two Minnesota-based Somali artists. The third, $24,000, will go toward ways to measure the mental, social and emotional health impact of Midnimo on program participants, particularly young children.

Last October, the Cedar received a $150,000, two-year grant for Midnimo from the Blue Cross and Blue Shield of Minnesota Foundation.

Skylark Opera is in financial trouble and has postponed (read: canceled) its 2016 season. It’s tough being a company that performs just one brief summer season each year, especially when those performances are as complex and costly as operas, operettas and musical theater.

Friends and supporters learned the news on Friday morning in an email from company President Carrie Wasley that said, in part, “Thoughtful and immediate action needs to take place in order to ensure the organization can continue. Skylark is at a crossroads: while we are in a challenging and serious financial situation, we hope that you will stand by our side during this time of discovery so we emerge reinvigorated.” Skylark’s management team will spend the next six months meeting with artistic and administrative experts in the community and figuring out next steps.

Skylark was founded in 1980 as Opera St. Paul, changing its name to North Star Opera in 1986 and then to Skylark Opera in 2006. Its 2015 season included Stephen Sondheim’s “Putting It Together” and Puccini’s “La Rondine.”

Put down that wine glass, because these days, Minnesota is all about beer. If there’s no brewpub, taproom or craft beer bar in your neighborhood, it’s only a matter of time. Most restaurants with any sense offer beer flights, and tap takeovers are common. It’s our duty as citizens to know a little something about beer. Like, for example, the difference between a pilsner and a pale ale. The Better Beer Society University can help. For nine Wednesdays starting March 30, they’ll teach you the basics of the beverage and the industry, with tasting flights, in a class called Beer 101. Meetings are held at the Republic Seven Corners at 7 p.m. and last about an hour. 21+. FMI and registration ($99).

Or maybe you’d rather do your part for our imperiled little pollinators. United Theological Seminary is offering a three-session Hands-on Beekeeping course starting April 28. You’ll work with live bees at United (the same bees responsible for the seminary’s Holy Honey), practice extracting honey from the hive, and learn about bee biology, hive management, pest control, the history of beekeeping and sustainable practices. Upon completion, you’ll receive a Qualified Beekeepers Certificate, which you’ll need if you want to start your own apiary in St. Paul, New Brighton, Columbia Heights or surrounding suburbs (and probably in Minneapolis as well; that was in the works when we wrote this). The class meets on two Thursday evenings, April 28 and May 5, from 6 to 8:30 p.m. and one Saturday, May 7, from 1 to 4 p.m. FMI and registration ($80). UPDATE: The buzz: As of March 30, Hands-on Beekeeping has been officially approved for Minneapolis.

Or let’s say you’re someone who loves to sing. Not just in the shower but with other people, preferably led by a brilliant conductor who could probably make a knot of toads sound like the Mormon Tabernacle Choir. Sign up now for Classical MPR’s “Bring the Sing,” a community event scheduled for Saturday, May 21, at Central Presby Church in St. Paul. Registration for each voice part will be capped on a first-come, first-served basis. Your fearless leader: Tesfa Wondemagegnehu, who promises “a ton of fun” with “all kinds of music – African folk songs, traditional classical, gospel, even some familiar pop tunes.” The St. Paul event happens Saturday, May 21, from 10 a.m. – 1 p.m. FMI and registration (open as of yesterday, Monday, March 21). Up North? A “Bring the Sing Duluth” is scheduled for Saturday, April 30, at the College of St. Scholastica.

Tonight (Tuesday, March 22) at Common Good Books: Dana Gioia reads from “99 Poems: New & Selected.” An award-winning poet, essayist, translator and librettist, Gioia chaired the National Endowment for the Arts from 2003-09. He now serves as California’s poet laureate. “99 Poems,” out this month from Graywolf, gathers work from throughout his career including many new poems. We don’t know if “Cruising with the Beachboys” made it in, but we like it. Gioia’s language is refreshingly clear and direct – ordinary speech, only better, with a rhythm and flow and a way of waking you up. 7 p.m. Free. 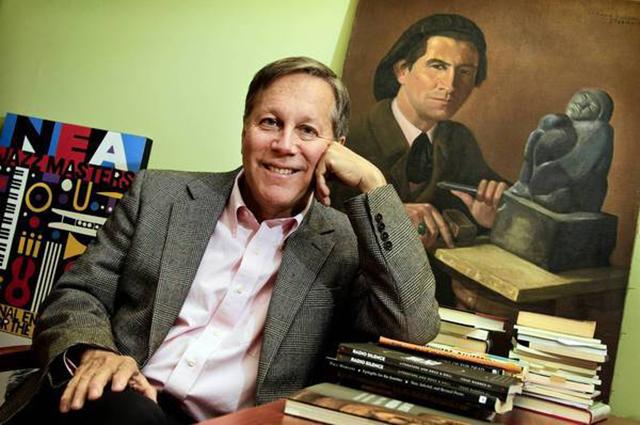 Tonight at the Landmark Center: Strong Women Telling Stories of Strong Women. Women’s History Month (March) and World Storytelling Day (March 20) come together (almost) in an evening of stories about women in history. Peacemaking, veterans’ and women’s groups will share their work at information tables. In the Weyerhaeuser Auditorium on the lower level. 7 p.m. A suggested donation of $10 supports Veteran Resilience Project.

Tonight at the Film Society’s St. Anthony Main Theatre: Science on Screen: “The Birds.” We’ll take any excuse to see an Alfred Hitchcock film on the big screen, but this is a really good one: pair “The Birds” (Tippi Hedren! Rod Taylor!) with a talk on “Bird Brains” by U of M ornithologist F. Keith Barker, who’ll tell us why and how birds are smarter than we think. Are they smart enough to gang up on us? You’ll have to ask him. 7 p.m. FMI and tickets ($8.50/$6 students/$5 Film Society members). 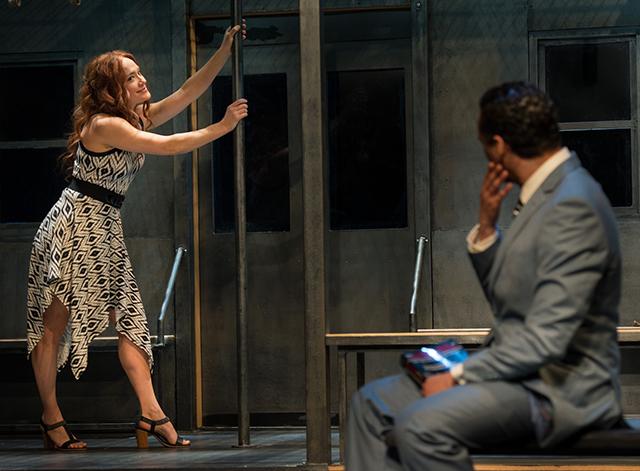 Wednesday through Sunday at Penumbra Theatre: “Dutchman” and “The Owl Answers.” No theater has ever put Amira Baraka’s incendiary “Dutchman” and Adrienne Kennedy’s expressionistic “The Owl Answers” on the same bill. Penumbra asks us to see the two Obie-winning, avant-garde one-act plays – both written in the mid-1960s, products of the Black Arts Movement – in conversation with each other. Co-Artistic Director Sarah Bellamy urges us to “regard these plays in the context of their time.” Lou Bellamy directs “Dutchman,” Talvin Wilks “Owl” (Wilks directed the heartbreaking “The Ballad of Emmett Till” here in 2014). Both use the same cast of eight actors and the same magically mutable subway set by Maruti Evans. Neither play is easy to watch; Baraka’s because you know that things will end badly when a sexually aggressive white woman (Kate Guentzel) targets a young black man (Nathan Barlow), Kennedy’s because you’re never quite sure where or when you are as the mixed-race daughter of “the Richest White Man in Town” and his black servant (Austene Van) descends into madness. Each is a lot to think about and feel and wrestle with, during and after. FMI and tickets ($5-$40). Ends Sunday.