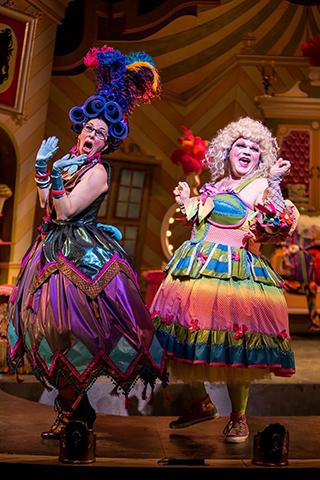 More Seuss, more musicals, two world premieres and three revivals of popular hits will keep audiences coming to the Children’s Theatre for its 51st season, announced earlier this week. Of the six plays slated for 2016-17, four are musicals and three were developed at CTC. If anyone needs reminding that CTC is an important creator of new works for theater, there it is.

This fall, preschoolers will enjoy the Kennedy Center Theater’s “Elephant & Piggie’s We Are in a Play!” based on the “Elephant & Piggie” books by Mo Willems, with script and lyrics by the author – a vaudevillian romp of a musical on CTC’s smaller stage (Sept. 13-Oct. 23). Overlapping in the main room will be “The Last Firefly,” the world premiere of a brand-new play by Naomi Iizuka based on Japanese folktales about the natural world, directed by Brosius (Sept. 27-Nov. 13).

CTC knows how to do Seuss, so we can expect great things from its world premiere of “Dr. Seuss’ The Sneetches,” a new musical by Philip Dawkins based on Seuss’ story about differences, prejudice and discrimination (Feb. 7 – March 26).

Who says there’s no money in poetry? For the fourth year in a row, Garrison Keillor is handing out cash prizes — $5,000 in all – to the winners of his Common Good Books Poetry Contest. This year’s theme is “Poems of Gratitude.” Three poets will each receive grand prizes of $1,000, and four will receive $500 for poems of particular merit.

Entries must be postmarked by Friday, April 15. (Yes, they must be snail mailed. Not emailed, texted, Facebook messengered or Instagrammed.) Here are the rules. Surely you’re grateful for something, or someone. Winners will be announced Sunday, May 1. 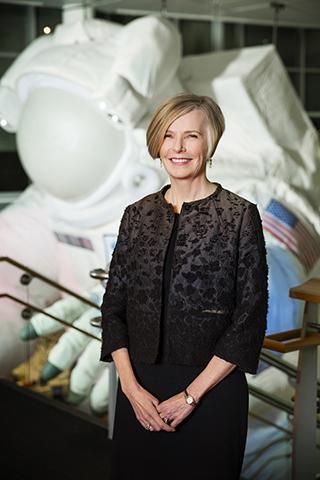 The Science Museum has named Alison Rempel Brown its 16th president and CEO. The first woman to occupy the top chair, Brown comes to Minnesota from the California Academy of Sciences in San Francisco, where she spent 17 years as chief of staff and, before then, chief finance and operations officer.

The Academy of Sciences is home to an aquarium, a planetarium and a natural history museum – the only place in the world with all three. During Brown’s time there, attendance doubled, membership tripled, the Academy underwent an extensive rebuilding project and a new facility opened in Golden Gate Park.

“I’m incredibly honored,” Brown said in a statement. “As science and technology continue to rapidly evolve and shape our lives, places like the Science Museum will play a larger and more important role in preparing our next generation of learners … I’m eager to combine my passion for science and education to advance the critical mission of one of Minnesota’s, and our nation’s, greatest institutions.” She’ll start here in May.

Brown may be the first woman president and CEO of the Science Museum, but she won’t be alone in Minnesota, where the Minneapolis Institute of Art, the Walker Art Center, the Weisman Art Museum, the Minnesota Museum of American Art, the Minnesota Children’s Museum and the Hennepin History Museum are all headed by women.

Tonight (Friday, March 4) at Studio Z: Athena Kildegaard Book Launch. Morris, Minnesota-based poet Kildegaard sends her fourth book, “Ventriloquy,” into the world with music and song. (Her second, “Bodies of Light,” was a finalist for the 2011 Minnesota Book Award; poems from her third, “Cloves & Honey,” were featured on Garrison Keillor’s “The Writer’s Almanac.”) Settings of poems composed by Mitch Grussing will be sung by Anika Kildegaard; others will be read by Athena, with improvisational bass accompaniment by Sam Milligan. 7 p.m. Free. 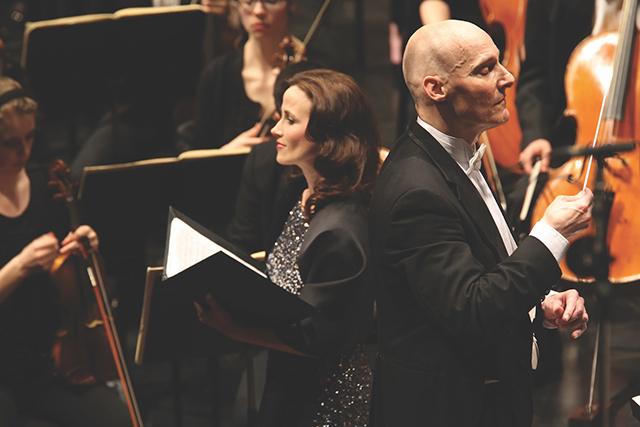 Tonight and Saturday at the Ted Mann: Bach’s “St. Matthew Passion.” Two years in the making, this rare staged production of Bach’s masterpiece is a collaboration between the University of Minnesota School of Music and Germany’s Hochschule für Musik Detmold. Performers include soloists and members of the University Singers and University Symphony Orchestra, students and faculty from the German music school, and the Minnesota Boychoir. Soloists include U of M School of Music faculty members Adriana Zabala and Philip Zawisza. Following these performances, U of M School of Music ensembles will travel to Germany for concerts there. Kathy Saltzman Romey and Mark Russell Smith conduct. 7:30 p.m. FMI and tickets ($21-$35; $11 U of M students).

Saturday and Sunday at the Walker: “Aging Magician.” Sometimes it can be hard to know what to expect from an event in the Walker’s Performing Arts season. Especially when the event is a Walker commission and a world premiere, meaning no one has yet seen the final-final. In development for five years, workshopped at places like the Krannert Center for Performing Arts and (most recently) Mass MoCa, generating waves of excitement along the way, “Aging Magician” sounds like a risk worth taking, with a high probability of lavish rewards. The co-creators are classical composer Paola Prestini (who also serves as executive and creative director for New York’s hottest new music space, National Sawdust); Obie winning composer/vocalist Rinde Eckert; and director/stage designer Julian Crouch of Improbable Theatre. There’s a string quartet, the 40-member Brooklyn Youth Chorus, a playable set/instrument by Mark Stewart of Bang on a Can, puppetry and projections. The story, loosely: A man near the end of his life (Eckert) journeys to Coney Island, musing on time, mortality and past loves lost and imagined. 8 p.m. Saturday, 2 p.m. Sunday. FMI and tickets ($28/$24). Here’s a trailer. 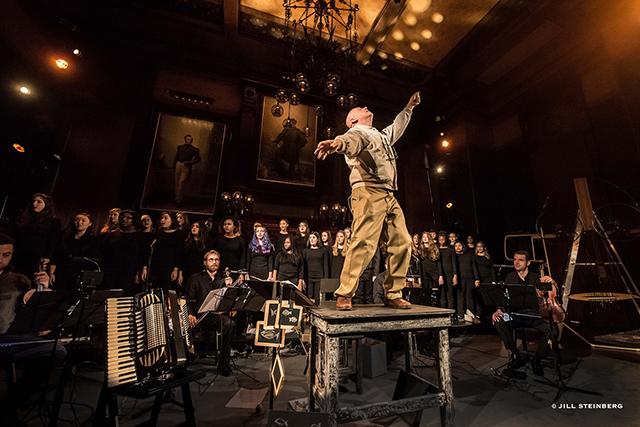 Saturday and Sunday at Minnesota Center for Book Arts: Little Boxes. This isn’t cheap. Sorry about that. But by the end of this two-day class, you’ll know how to make small, beautiful boxes – to put tiny things in; to display and admire; to give as gifts people will actually like and use. Instructor Jody Williams has spent much of her career as an artist making little things. (You can learn more about her here and here.) You’ll make four different boxes out of bookbinders’ board and paper: a cube with a detachable lid, a cigar-style box with a hinged lid, a double match box, and a portfolio box. Williams will also share ideas for tiny things to put in boxes. FMI and registration ($200/$180 members, plus $40 fee for supplies).

Sunday afternoon at Hamline’s Sundin Music Hall: SPCO Youth Chamber Music Competition Finals. Now in its fifth year, this competition gives precollege musicians the chance to shine. Any combination of instruments may compete: strings, brass, winds, percussion and piano. Hear the hopefuls and the winners – four to six ensembles, depending on Saturday’s semifinals – at this free event, to be followed by a reception and awards ceremony. Classical MPR’s Alison Young emcees. 2 p.m. Free.

Sunday at St. Olaf Catholic Church: Brahms Requiem Sing. How would you like to sing the glorious Brahms “Requiem” with pros: the mighty Minnesota Chorale, led by artistic director Kathy Saltzman Romey, with Dr. Lynn Trapp at the pipe organ? You can do that. Or, if you want to just listen, you can do that, too. Music available to borrow or purchase. Free parking in the upper levels of the Energy Center ramp across 3rd Ave. No tickets or reservations needed; just show up. A free-will offering will be collected. 6:30 p.m. 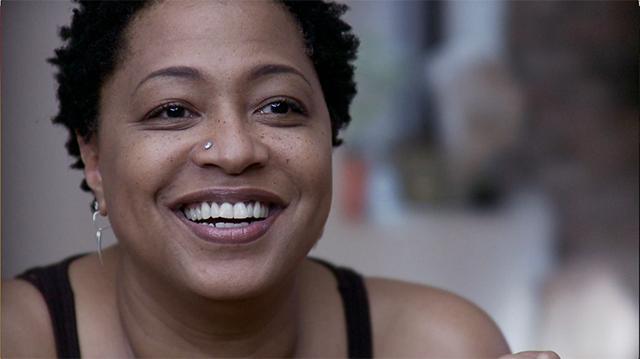 Courtesy of the artist
Lisa Fischer

Monday at the Dakota: Lisa Fischer & Grand Baton. The fabulous Fischer really likes the Dakota; this will be her fourth time here. A long-time backup singer for the Stones, Tina Turner, Chaka Khan and Nine Inch Nails and the breakout star of the Oscar-winning docu “Twenty Feet from Stardom,” Fischer is a powerhouse on stage, fearless, impossibly talented, and totally spellbinding. She sings all kinds of music, including her own takes on Stones tunes, which will raise the hair on the back of your neck. 7 and 9 p.m. FMI and tickets ($30-$60).