Turns out there was room for one more headliner. Someone they could squeeze in, and not just because he’s on the small side. His name is Joey Alexander, he plays piano, and he’s only 12 years old. (OK, he’ll be 13 on June 25, but still.)

A true prodigy whose skill and understanding of the music belie his tender years, Alexander performed at the 2016 Grammys as a two-time nominee and received a standing ovation. His first album, “My Favorite Things,” debuted at #2 on the Billboard jazz chart. His guest performance at a Jazz at Lincoln Center gala at age 10 won raves. Wynton Marsalis has called him “my hero.” Herbie Hancock is a fan.

Alexander was born in Bali, not a place one usually looks for brilliant young jazz musicians. He grew up listening to his father’s old-school jazz records and taught himself to play piano. Some call this proof that jazz is now genuinely global. Maybe that, or maybe it’s just the lightning strike of genius. Hearing Alexander play makes the hair stand up on the back of your neck; you don’t expect such musicianship, maturity and command of the instrument from a child, and you have to convince yourself to believe your own ears. And then he takes the mic to announce his next song and you’re reminded once more that this is a kid playing Monk or Strayhorn or John Coltrane. (Here he is, performing for a TED crowd.)

So congratulations to the Twin Cities Jazz Festival. What a coup. Alexander should bring serious crowds to Mears Park, and even if some people come to see a young celebrity, someone who’s been on “Ellen” and “60 Minutes” and the “Today Show,” they’ll still hear the real thing.

On the topic of jazz festivals, many Twin Cities metro jazz fans make the annual trek south through cornfields and wind farms to the Iowa City Jazz Festival. Held over every Fourth of July weekend on the big green lawn of the Old Capitol and in the city’s pleasant streets, it’s a small but mighty jazz event that books top talent. This year’s schedule just went public. Here are the highlights:

Saturday, July 2: Our own Phil Hey Quartet, led by the esteemed drummer we know and love. (The Twin Cities Jazz Fest and the Iowa City Jazz Fest are swapping musicians, which is a good thing.) • Marquis Hill Blacktet, led by trumpeter Hill, winner of the 2014 Thelonious Monk International Jazz Competition. This group was a big hit at last year’s TCJF. • Vijay Iyer Trio. We recently saw pianist and composer Iyer at the Walker with Rez Abbasi’s Invocation. He’s a restless, protean force in jazz, a MacArthur fellow and Harvard music professor who’s currently in residence at the new Met Breuer, playing concerts in the lobby gallery. His longstanding, highly acclaimed trio includes Marcus Gilmore on drums and Stephen Crump on bass. • Poncho Sanchez and His Latin Jazz Band. The great conguero always starts a party.

Sunday, July 3: Edmar Castaneda Trio. A Colombian-born, New York-based jazz musician who plays … the harp. What’s that like? Oh. Well. Wow. • Miguel Zenón Quartet. A MacArthur fellow and multiple Grammy nominee, San Juan-born saxophonist Zenón is flavoring jazz with the music of Puerto Rico. He was last in Minneapolis with the JazzMN Orchestra in 2014; he’ll return in early April to play the Dakota with the SFJAZZ Collective. (Here’s more about that.) • David Berkman Sextet. Jeremy Walker brought the excellent New York-based pianist Berkman here in January to perform at Orchestra Hall’s Jazz in the Target Atrium series. In Iowa City, he’ll perform with Gerald Cleaver on drums and Vicente Archer on bass, plus a trio of horn players.

What a diverse and exciting lineup. If you need another reason to go, the Iowa City Jazz Festival always ends with fireworks over the river. FMI and complete schedule.

Last week we saw and heard musicians from the St. Paul Chamber Orchestra play the luminously beautiful Schubert String Quintet at Icehouse. It was like having Ruggero Allifranchini, Kyu-Young Kim, Maiya Papach, Julie Albers and Jonathan Cohen (the SPCO’s newest artistic partner) give a concert in your living room, except there were servers bringing drinks and food. It took a few moments to get used to SPCO musicians in jeans and sneakers, but once we dealt with that everything else was easy. The Ordway Concert Hall is the ideal place to hear the SPCO, but this was a rare and special opportunity.

Tonight (Thursday, March 24) at Ridgedale Library: Club Book Presents Lyndsay Faye. Her latest, “Jane Steele,” is a retelling of Jane Eyre. Which in other hands could go very badly, but this is Edgar-nominated Faye, author of “The Gods of Gotham” (one of the top 10 crime novels of 2012) and “Dust and Shadow,” the novel that pitted Sherlock Holmes against Jack the Ripper. 7 p.m. Free. 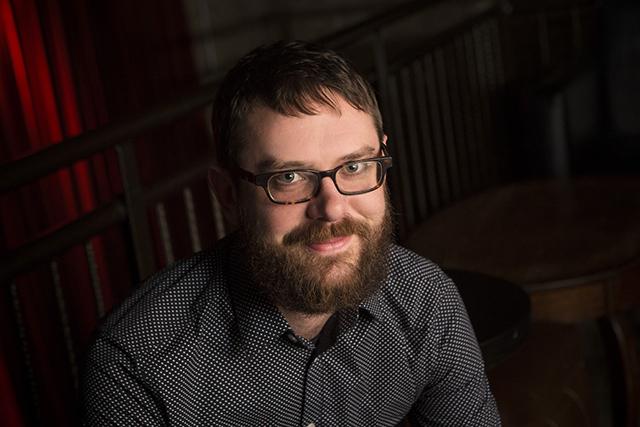 Tonight at Vieux Carré: Cory Healey’s Beautiful Sunshine Band CD Release. This is the second CD release in a week for Shifting Paradigm Records, the Minneapolis-based collective label with several more new recordings in the pipeline. Independence, Iowa-born composer and drummer Healey has performed with Kenny Wheeler, Dr. Lonnie Smith, John Abercrombie and other jazz stars; moving to Minneapolis in 2013, he soon started working with busy (and interesting) area artists. His band includes Erik Fratzke on bass, Jake Baldwin on trumpet, Brandon Wozniak on tenor sax and Zacc Harris on guitar; reflecting his many and varied interests, his music is shaped by bebop, ambient music, free jazz and doom metal. It’s personal and full of surprises. 9 p.m. $10 cover, cash only at the door.

Friday at the Weinstein Gallery: Opening reception for “Gordon Parks: Invisible Man and Segregation Story.”  The second exhibition of Parks’ work at the Weinstein includes two series of photographs Parks created for Life Magazine in the 1950s: the first for an essay promoting Ralph Ellison’s newly released novel “Invisible Man” and the second documenting life in the Jim Crow South through the experience of a multi-generational family. 6 to 8 p.m. Free. If you’ve never been to an opening reception at the intimate, influential gallery on West 46th St. in Minneapolis, this would be a good start. The exhibition closes May 14. 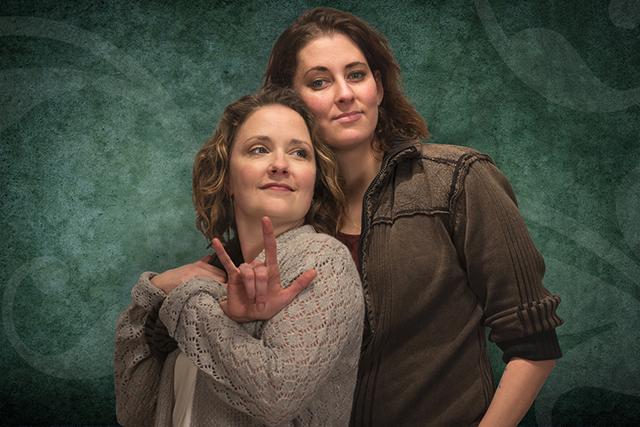 Opens Friday at the Park Square: “Love Person.” We’ve heard the saying “love is blind,” but what if love is deaf? What if it speaks Sanskrit or teaches poetry or sends an email to the wrong person by mistake? In Aditi Kapil’s new play, told in ASL, Sanskrit and English, four people struggle to communicate in ways they can all understand. Adult language, sexual references and adult situations. With Elizabeth Efteland, Erin Anderson Gardner, Imram Sheikh and Canae Weiss; directed by Kapil. 7:30 p.m. on the proscenium stage. FMI and tickets ($40/$60). Ends April 10. Here’s a trailer.

Events at The Museum of Russian Art seem to sell out faster than we can mention them. On Monday, April 18, Tom Hanson – diplomat in residence at UMD’s Alsworth Institute, former State Department foreign service officer who served in U.S. embassies in the Soviet Union, East Germany, France, Norway, Sweden and Georgia, most recently Director for NATO and European Affairs at the Atlantic Council of the United States in Washington, D.C. (whew) – will lead a conversation called “Current Trends in Europe.” 5:30 p.m. Registration required ($20/$15 members). Arrive early (TMORA is one museum that’s open on Mondays) and enjoy the exhibitions “Masterpieces of the 20th Century: Russian Realistic Tradition” and “Olexa Bulavitsky: Immigrant Experiences and Ukrainian-American Art.”