There must have been at least one meltdown at the Minnesota Opera last weekend. That’s when they learned that Csilla Boross, the Hungarian soprano everyone was dying to see in the title role of the opera’s new “Tosca,” which opens this Saturday, had to withdraw from the production “for personal reasons.” Fortunately, the opera knew whom to call.

Kelly Kaduce, the Minnesota-born, St. Olaf-educated soprano we know and love from her many appearances here – she last sang the title role in “Rusalka” in January – will step into Floria Tosca’s shoes. She sang “Tosca” last November with Houston Grand Opera, and she knows Puccini well, having sung “Manon Lescaut” here in 2013. Plus “La Bohème,” “Gianni Schicchi,” “Madama Butterfly” and “Suor Angelica” are also in her repertoire.

Singing “Tosca” makes this season a Minnesota Opera triple-header for Kaduce. She’ll return in May to create the role of Wendy Torrance in “The Shining,” based on the novel by Stephen King.

“Tosca” will have eight performances and two casts. American soprano Alexandra LoBianco will alternate with Kaduce as the fiery prima donna. Go here and scroll down to learn who’s singing each major role in every performance. FMI and tickets ($25-$200).

Why did Boross drop out at the last minute? The opera is “choosing to respect her privacy on the matter.” Which, honestly, is fine. Do we have to know the absolute last detail about public figures’ lives? We vote no. We wish Boross well and hope she makes it back to Minnesota someday. 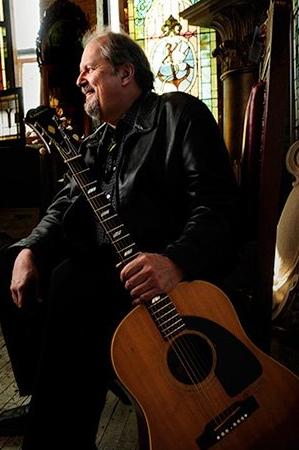 Sometimes a piece of important arts-and-culture news is lost in the daily email drift, or we’re distracted by another shiny thing and get behind. But we’d be totally remiss if we failed to thank Eric Peltoniemi for his many years at Red House Records, the esteemed, Grammy-winning St. Paul folk/roots/Americana label that stays true to itself and keeps turning out great records in a time when most other labels are sinking ships, or mayflies, or just confused.

Peltoniemi is stepping down after 10 years as Red House president. Before then, he served as VP of production for most of 20 years, until the death of his long-time friend and company founder Bob Feldman. To date, Peltoniemi has spent 50 years in the music industry. Since the 1980s, he has had a parallel career writing original music and lyrics for the music theater. He plans to devote more energy to writing and creative endeavors now that he’s leaving his day job. Red House owner (and Feldman’s widow) Beth Friend will take over the title and role of president/CEO; Peltoniemi will stay on as a consultant. 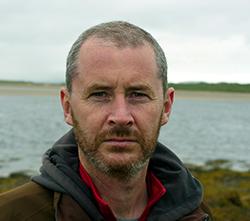 Born in Kilkenny, raised in Tipperary, now living near the coast of County Meath, French is the author of three poetry collections: “Touching the Bones” (2001), “The Fire Step” (2009) and “Midnightstown” (2014), all published by the Gallery Press in Dublin. A fourth, “The Way to Work,” is due out this year.

French will read from his work at 7:30 p.m. Friday, April 22, in the first-floor auditorium of the John R. Roach Center for the Liberal Arts on the university’s St. Paul campus. Two days earlier, on Wednesday, April 20, French and Minnesota poet and playwright Ed Bok Lee will hold a public conversation called “The Intimate Other: Poets and the Family” at the Merriam Park Library starting at 7 p.m. Both events are free and open to the public.

Tonight (Wednesday, March 9) at the American Swedish Institute: “Trespassing Bergman.” Wes Anderson describes Swedish auteur Ingmar Bergman as “one of those directors who can do movies where there is not a single joke in the whole movie.” This film travels to Bergman’s home on remote Faro Island and explores his legacy in interviews with some of the filmmakers he influenced, including Anderson, Martin Scorsese, John Landis, Alejandro Gonzalez Inarritu, Wes Craven and Ang Lee. 7 p.m. The screening is free, but seating is limited. Call 612-871-4907. 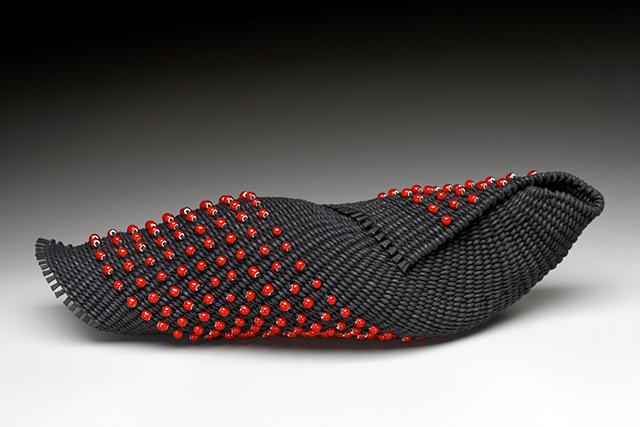 Thursday at the Textile Center: Tressa Sularz’s “Dancing My Way Home” opening reception. We first met Sularz at a small arts-and-crafts show in Cannon Falls, where we admired her meticulously made, perfectly shaped rattan baskets, each showing total control of her ideas and her materials. That was many years ago, and time is a river. In the mid-2000s, Sularz began constructing three-dimensional forms that hinted of water, movement and journeys. In 2013, she was diagnosed with cancer. Surgeries, chemo and radiation left her cancer-free but physically unable to work with the materials and techniques she had used for decades. So she switched from stiff rattan to waxed black cotton, from a continuous twill weave to twining. And she let the work decide where it wanted to go. Some pieces became vessels, others shells. Some hold hand-painted silk cocoons; others are encrusted with beads – inside or out. Some stand up while others recline, their sensuous curves tempting to the hand. This is a show about being an artist for real and for certain, surviving, adapting and “dancing towards the top of life again,” in Sularz’s words. 6 to 8 p.m. in the studio gallery. Free. Also opening Thursday night: “Inside Out Outside In: Domestic Commitments,” an installation by Minnesota-based mixed media artist Sandra Menefee Taylor in the Joan Mondale Gallery, and “Breaking the Surface: Creating Digital Fiber Art,” work by New Hampshire-based artist Wen Redmond in the library and community galleries. All shows close April 30.

Thursday and Friday at Hopkins Center for the Arts: Pen Pals with Jon Meacham. Meacham won the Pulitzer Prize for “American Lion,” his bestselling biography of Andrew Jackson. His latest is “Destiny and Power: The American Odyssey of George Herbert Walker Bush,” a No. 1 New York Times best-seller and one of the best books of 2015, according to NPR, the New York Times Book Review and more. He’ll talk about his fascination with the lives of American presidents and founding fathers, and you’ll leave with a complimentary copy of “Destiny and Power.” Thursday at 7:30 p.m., Friday at 11 a.m. FMI and tickets ($40-$50).

Friday through Sunday at the Walker: “Songs My Brothers Taught Me.” Director Chloé Zhao’s lyrical film takes us to the Pine Ridge Indian Reservation in South Dakota, where a cast of local actors presents an intimate family drama that explores the bond between siblings and the concept of home. An Independent Spirit Awards Best First Feature nominee, seen at Sundance and Cannes. 7:30 p.m. Friday and Saturday, 2 p.m. Saturday and Sunday. FMI and tickets ($9).

Because he really is a rock star, R.T. Rybak will launch his new memoir, “Pothole Confidential: My Life as Mayor of Minneapolis” at First Avenue on April 13 with a night of local music (Big Trouble + dVRG, Lucy Michelle, the World’s Most Dangerous Polka Band and more), highlights from the book, a signing, and free scoops of Sebastian Joe’s Nicollet Avenue Pothole ice cream. 7 p.m. 18+. FMI and tickets ($10). Ticket sales support the City of Minneapolis STEP-UP youth employment program.