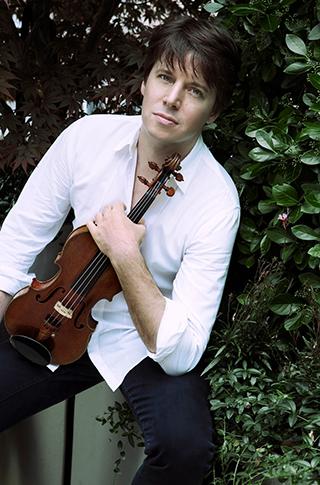 Anthony Ross, the Minnesota Orchestra’s principal cello and co-chair of its artistic advisory committee, equates learning about the orchestra’s upcoming season with sampling the updated menu at your favorite restaurant. We hope you’re hungry.

You can view the entire 2016-17 season online, starting with the opener on September 22-23 and ending with the final “Inside the Classics” concert on July 15, 2017. We’d need a week’s worth of Artscape columns to tell you about everything, so we’ve made a selection of events to highlight. We could easily have added many more.

Sept. 22 and 23: Season Opening: Osmo Vänskä and Joshua Bell. In which Bell plays Tchaikovsky’s Violin Concerto. Sept. 29 and 30, Oct. 1: Vänskä Conducts Paulus Mass. The orchestra honors Minnesota composer Stephen Paulus, who died in 2014, with a performance of his “Mass for a Sacred Place” featuring the Minnesota Chorale. Oct. 14 and 15: Celebrating Skrowaczewski: Bruckner Symphony No. 8. The maestro and master of Bruckner returns. Nov. 11 and 12: Vänskä Conducts Mahler’s Sixth. Along with the Mahler, which will be recorded, this concert includes Swiss clarinetist Claudio Puntin’s Clarinet Concerto, which Puntin composed at Vänskä’s request and performs here.

Nov. 26-27: Ratatouille in Concert. As the Oscar-winning animated film flickers above on a big screen, the orchestra plays the soundtrack, led by Sarah Hicks. Dec. 16-17: Jingle Bell Doc. Because Christmas isn’t Christmas without conductor-trumpeter Doc Severinsen on stage in a spangled suit. Dec. 31-Jan. 1, 2017: New Year’s Celebration Concerts. Ring in 2017 with Vänskä, the orchestra and superstar soprano Dawn Upshaw.

Jan. 13-14:  Osmo Vänskä and Alisa Weilerstein. The passionate young cellist and MacArthur fellow plays Dvorák’s Cello Concerto, and Vänskä leads Sibelius’ Symphony No. 5, the only Sibelius of the season (!). Jan. 22: Mendelssohn and Bach. The second of four Sunday-afternoon “Chamber Music in the Target Atrium” concerts performed by small ensembles of orchestra musicians. Jan. 26-27: Sir Neville Marriner Returns. Back on Orchestra Hall’s podium for the first time in a decade, former music director Marriner leads a program that includes Dvorák’s Eighth Symphony, which he famously recorded with the orchestra in the 1980s. 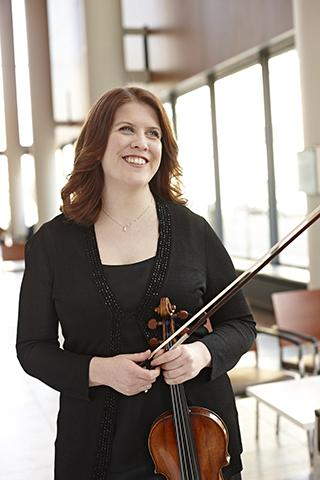 Feb. 17: Money Jungle (Revisited). Pianist Bryan Nichols and the Atrium Jazz Ensemble explore the music of a legendary jazz recording. Part of the Jazz in the Target Atrium series curated by Jeremy Walker, back for a third year. March 30: Stravinsky’s Rite of Spring. The one-hour Symphony in 60 concert is preceded by a happy hour and followed by an onstage gathering with the orchestra musicians. Vänskä conducts. March 4: Kristin Chenoweth with the Minnesota Orchestra. The Emmy- and Tony-winning actress and singer makes her Minnesota Orchestra debut.

Tonight at the U’s Regis Center for Art: Open Studio Extravaganza. What are those crazy kids (and faculty) at the U’s Art Department up to? Find out in an evening of live performances, music, theatre, dance, film/video screenings, and open studios with BFA and MFA students. 405 21st Ave. S., Minneapolis. 6-10 p.m. Free.

Friday and Saturday at the Cowles: Shapiro & Smith Dance: “Hands.” Those nimble tools at the ends of our arms can caress a cheek or slit a throat. Shapiro & Smith’s spring program features the premiere of “Hands,” a dance that examines their power and beauty; the return of “Bolero,” this time with an all-male cast; and “Wee Violence,” with Sally Rousse in the solo role originally created for Joanie Smith. 8 p.m. both nights. FMI and tickets ($29).

Friday through Sunday at the State Theatre: Riverdance. The fast-flying feet, floor-pounding rhythms, ramrod-straight arms and sheer excitement never get old. Now on its 20th anniversary tour, the international Irish dance sensation continues to thrill audiences. Even if you’ve seen it a million times, you can’t resist those long lines of dancers stamping in unison. Five performances: Friday and Saturday at 8 p.m, Saturday at 2 p.m, Sunday at 1:30 and 6:30 p.m. FMI and tickets ($42.50-$62.50). Buy at the State Theatre box office and save on fees.

Opens Saturday at the Hennepin History Museum: Hennepin County Wags Its Tail: 150 Years of People and Their Pets. Photographs, artwork and artifacts explore our local love of pets, past and present: dogs, cats, birds, fish, even a lion. On opening day, the Minnesota Companion Rabbit Society will bring 10-20 bunnies; weather permitting, we’ll see a rabbit agility course in the museum’s front yard. A pet-themed egg hunt will begin at 2 p.m. Saturday’s museum hours are 1-5 p.m. Admission $5; $3 for seniors and students. Visiting the museum at this time requires the use of stairs. Other events, including a May 22 Pet Fair, are scheduled during the exhibition, which closes Sept. 18.

Saturday at the Walker: Be Heard MN Youth Poetry Slam Series Final Competition. Through a series of seven preliminary and semifinal poetry slams, 12 young poets – from Minneapolis, St. Paul, Brooklyn Center, Mound and Buffalo – have emerged as the finalists in this year’s Be Heard series, organized by TruArtSpeaks. While sharing their poetry, they have built community. The final six, chosen Saturday, will represent Minnesota in the international Brave New Voices poetry slam festival in Washington, D.C. in July. In the McGuire Theater. Doors at 6:30 p.m., show at 7. FMI and tickets ($7 students, $10 adults).

Opens Saturday at the Lab Theater: Larry Kramer’s “The Normal Heart.” Written in 1985, at the height of the AIDS crisis, Kramer’s play remains a call to awareness and activism and an indictment of indifference. It runs in repertory with Shakespeare’s “Coriolanus,” an obscure tragedy hardly anyone stages, though its themes – the struggle for social and political power, militarism in response to a national crisis, one man’s belief in his own rightness – are still relevant. Joseph Stodola directs the same cast of eight actors in both New Epic Theater productions. 8 p.m. FMI and tickets ($29). Onstage bleacher seats ($10) available at the box office 30 minutes prior to every performance. Both plays end April 16.

Tickets are scarce but still available to these upcoming SPCO concerts: Patricia Kopatchinskaja Plays Bach (also Biber, Crumb and Enesco) in the Ordway Concert Hall (Friday and Saturday, April 15 and 16) and “The Four Seasons,” a delightful program that pairs Vivaldi with Astor Piazzolla’s “The Four Seasons of Buenos Aires” (Friday-Sunday, April 22-24, at neighborhood venues). Best bets for both: Friday mornings at 10:30.