The web page and program notes for Thursday night’s concert at Carnegie Hall in New York City are pretty much what you would expect: facts about the performers, the conductor and the duration, descriptions of the music and bios. There’s no hint of the drama that preceded the moment when Osmo Vänskä strides onto the famous stage, lifts his baton, and the Minnesota Orchestra starts to play.

Program notes are not the place to revisit a contract dispute, a historically long and nasty lockout, the departures of musicians for positions elsewhere, the cancellation of earlier Carnegie Hall concerts and recording dates, the temporary loss of a maestro and what many believed were the final days of a once great orchestra. But much of Thursday’s audience will know at least part of the story of how the Minnesota Orchestra survived and made it to where it is today: playing beautifully, powerfully connected to its audience, working in harmony with its management and board and optimistic about the future.

Some will know the story well because they helped to shape it. We don’t have an exact count of Minnesotans who are in New York (or on their way) for the concert, but orchestra spokesperson Gwen Pappas expects around 150 at the post-concert celebration. (That’s “a record number of fans traveling along, at least in recent memory,” Pappas said.) Among them are members of the grassroots citizens’ groups Save Our Symphony Minnesota (SOSMN) and Orchestrate Excellence, both born during the lockout, and two bloggers whose passionate, informed posts were widely read.

We asked several to answer one question: “What does it mean to you, personally, to see the Minnesota Orchestra play Carnegie Hall?”

Scott Chamberlain, blogger at “Mask of the Flower Prince”: “There aren’t enough column inches to fully explain how much this concert means to me, but in a nutshell: joy and pride. It’s the culmination of hard work from everyone, including the musicians, board, administration, and volunteers … but most importantly, the community. Here in Minnesota, we’ve redefined the relationship between an arts organization and the public, and the country has taken notice. I’m thrilled that so many Minnesotans are going to New York to cheer our orchestra on — to show the world not just how great our orchestra is, but how much it means to us.”

Paula DeCosse, Orchestrate Excellence co-chair and Minnesota Orchestra board member: “Carnegie Hall is the nation’s showcase and it was heartbreaking that the orchestra had to cancel concerts there during the lockout. To have the orchestra return now, playing better than ever and with the organization on a positive trajectory, is a triumph for everyone – musicians, board, staff and community. I am thrilled to be able to be there.”

Jon Eisenberg, vice chair of Save Our Symphony Minnesota (SOSMN): “Carnegie Hall is not a destination in and of itself, but is a great waypoint along the journey of recovery. It is another step, after the breakthrough Cuba trip, towards the Minnesota Orchestra being recognized as a world class orchestra that is regularly invited to perform at the finest venues in the nation and on the world stage.”

MaryAnn Goldstein, co-founder and former chair of SOSMN, Orchestrate Excellence steering committee member and Minnesota Orchestra board member: “I feel many emotions about our Minnesota Orchestra’s return to Carnegie Hall: honored and thrilled for the opportunity to play in this important, storied venue again; grateful to everyone working so hard to lead, support, and advocate for our superb orchestra; excited to hear our phenomenal musicians play their hearts out, as they always do; and incredibly proud of our organization’s remarkable resurgence, a result of perseverance, collaboration, mutual respect and trust. I’m inspired by it all – and hope that Thursday’s concert, which to me represents far more than the actual performance, will inspire the audience and entire musical world, too.”

Emily Hogstad, blogger at “Song of the Lark”: “My mother died unexpectedly last March. My best friend and I were devastated. We decided that if we were still standing in a year, our reward would be to go see the resurrected Minnesota Orchestra play Carnegie Hall. We are, and it is. Our presence there feels like a celebration of survival. This orchestra lights a way forward like a Finnish flashlight, proving again and again that beauty can emerge from grief and darkness.”

Ken Huber, Orchestrate Excellence steering committee member: “Carnegie Hall is a stage where the ghosts of every major musician over its 125-year history hover. Having performed there myself, I know well the thrill and terror of walking onto that stage. It is unlike any other performance venue. To anticipate hearing in person our Minnesota Orchestra add their glorious sounds to the Carnegie ether sends empathetic chills up my spine. I’m eternally grateful that we in the Twin Cities have an Orchestra whose artistry will enhance the luster of Carnegie Hall.”

Huber, who left Minnesota for New York a few days early, also noted that “New Yorkers are REALLY curious to hear how our band sounds.”

If you’re not at Carnegie Hall on Thursday, you can still hear the concert as it happens. New York’s classical music station WQXR will broadcast it as part of the “Carnegie Hall Live” series. We Minnesotans can listen to a live stream starting Thursday night at 7 p.m. CST at www.wqxr.org.

Circling back to musicians who left during the lockout: Peter McGuire was a member of the violin section from 2003 until 2012, when he took a leave of absence to join the Tonhalle Orchestra in Zurich. He didn’t like the way things were going even before the contract dispute erupted. He was later named the Tonhalle’s second concertmaster. The Minnesota Orchestra announced Monday that McGuire has won the position of principal second violin. The Mankato native is coming home.

Tonight (Wednesday, March 2) through Sunday at the Guthrie’s Dowling Studio: “You for Me for You.” Mia Chung’s play follows two North Korean sisters who try to escape. Separated at the Chinese border, one remains trapped in a well and the other makes it to America. Randy Reyes directs Mu Performing Arts’ production of Mia Chung’s fantastical play. With Sun Mee Chomet and Audrey Park. 7:30 p.m. tonight through Saturday, 1 p.m. Sunday. Saturday’s performance is followed by a panel discussion with Hyon Kim, founder of Freedom for North Korean Refugees Minnesota. FMI and tickets ($22-$26).

Thursday through Sunday at the Lab Theater: “SILENCE! The Musical.” It’s reasonable to say that Minneapolis Musical Theatre has a dark side. Its tag line, “Rare Musicals. Well Done” evokes a big slab of meat. Their performance history is splattered with interesting choices: “Eating Raoul” (cannibalism!), “Carrie the Musical” (mayhem!), “Evil Dead: The Musical” (horror!). So “SILENCE! The Musical,” loosely based on “The Silence of the Lambs” (more cannibalism!), makes perfect sense. It’s a comedy, with vulgarity (if that offends you, don’t go) and dancing lambs. Steven Meerdink directs. Sunday is the final performance. FMI and tickets ($30/$40). 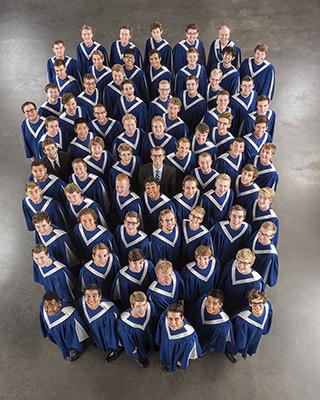 Friday at St. Olaf College in Northfield: “Brothers, Sing On!” A joint concert by the 9-member men’s vocal ensemble Cantus and St. Olaf’s 80-member, all-guys Viking Chorus celebrates brotherhood, friendship and new music. Cantus sings first (including Cantus-commissioned new works by Roger Treece and Joseph Gregorio, plus music by Beethoven, Bosch and Grieg), the Viking Chorus sings next, and the concert concludes in grand style as the two groups together sing “Songs of the Night,” a new work written by Dale Warland, commissioned by Tom Arneson in memory of his uncle, St. Olaf grad Edward A. Wicklund. In Boe Memorial Chapel. 7:30 p.m. Free.

Sunday at Lakewood Cemetery: Open House in the Garden Mausoleum. Designed by HGA Architects, winner of the 2014 American Institute of Architects Honor Award, Lakewood’s Garden Mausoleum is a haven in the city. Built into a hillside from glass and granite, trimmed with mosaic marble, mahogany, onyx and bronze, it invites contemplation. Warm up with a cup of coffee and take a guided tour at 1:15, 1:45 or 2:15 p.m. Free.