Last night wasn’t just any night, as the Ordway announced its 2016-17 season at an event that also kicked off the 16th annual Flint Hills Festival. Coming in April 2017: “West Side Story” in a new Ordway production created with Teatro del Pueblo’s artistic director, Alberto Justiniano. The Sharks and the Jets will include diverse artists from the Twin Cities community.

The season’s other Ordway production, “Irving Berlin’s White Christmas,” takes over the music theater in December with holiday-spirited songs and dance.

Two more nods to the Great White Way are the Ordway-produced Broadway Songbooks in September 2016 and May 2017: “Rebels on Broadway,” with songs of social and political subversion, and “Hollywood and Broadway,” exploring the crossover between stage and screen.

Las Cafeteras, the Afro-Mexican storytellers from East L.A., perform their signature socially conscious, emotionally moving music on March 23, 2017, followed by blues-rockers Indigenous on April 21 and St. Paul’s TU Dance on April 29, with a new piece commissioned by the Ordway.

This season’s special performances begin with the crowd-pleasing Stomp on Oct. 18-23. The Ordway will join forces with its arts partners the Schubert Club and the SPCO to present the Sphinx Virtuosi, led by the Catalyst Quartet, on Oct. 30. The Sphinx Virtuosi is comprised of 18 of the nation’s top black and Latino classical soloists. 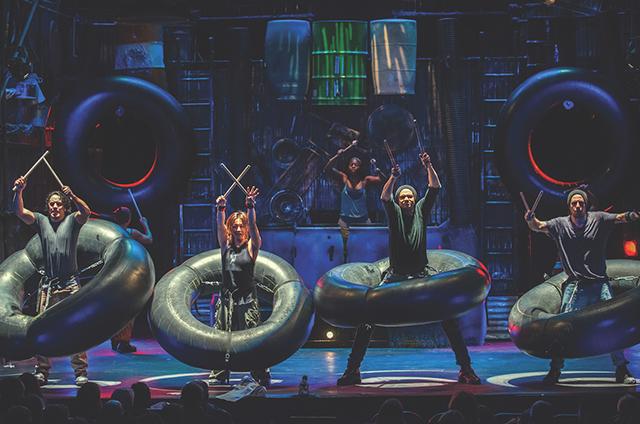 Photo by Steve McNicholas
This season’s special performances begin with the crowd-pleasing Stomp on Oct. 18-23.

On Nov. 13, NPR’s popular radio show “From the Top” with host Christopher O’Riley will do a recorded broadcast from the Ordway. The Hip Hop Nutcracker returns Nov. 22-23, with Kurtis Blow as special guest MC, and on April 21, 2017, local music legends the Steeles share their own spin on Gershwin classics.

If you loved the Illusionists when they performed at the Ordway in 2015 (we sure did), make a note that the same producers have a new show, “Circus 1903: The Golden Age of Circus,” featuring puppets created by the people who brought “Warhorse” to life. Those dates are June 27-July 2, 2017.

Subscriptions are available now. Individual tickets go on sale to the public on June 13.

Friends of the Hennepin County Library has announced its spring 2016 Talk of the Stacks season of three book-related events, all intriguing and likely very entertaining.

Tuesday, April 5: Foodies, this is for you. Five-time James Beard award-winning food writer and Minneapolis St. Paul magazine editor Dara Moskowitz Grumdahl hosts a converstion about local food, farming and sustainability with Beth Dooley, Tracy Singleton and Lucie Amundsen. Amundsen is co-owner of Locally Laid Egg Company; her book, “Locally Laid: How We Built a Plucky, Industry-Changing Egg Farm – from Scratch” (Best. Title. Ever.) came out two weeks ago. Beth Dooley is the author of six cookbooks covering the local food scene; her most recent book is a memoir, “In Winter’s Kitchen.” Tracy Singleton is co-founder of the Birchwood Café and co-author of “The Birchwood Café Cookbook: Good Real Food.” Now if only they would all invite us to dinner. 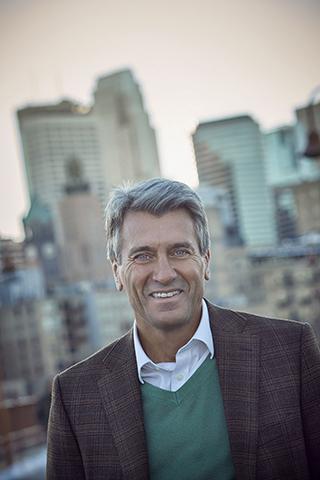 Wednesday, May 11: R.T. Rybak discusses his new memoir “Pothole Confidential – My Life as Mayor of Minneapolis.” We can’t wait to read this, due out in April from the U of M Press.

Tuesday, June 15: Emma Cline launches her debut novel “The Girls.” And who is Emma Cline? Someone whose first novel set off a bidding war between 12 big-name publishers and ultimately sold to Random House for a multimillion-dollar three-book deal. “The Girls” is due out June 14, and she’ll arrive here the day after. No word yet if she’s coming on a private jet.

All Talk of the Stacks events are at 7 p.m. in Pohlad Hall at Minneapolis Central Library. First come, first seated and free.

Tonight at Studio Z: Morton Feldman’s Clarinet & String Quartet. American composer Feldman is famous (or infamous) for composing really long pieces, sometimes up to six hours. This isn’t one of them; it clocks in around 40 minutes. Pat O’Keefe leads a performance of Feldman’s haunting, hypnotic work, then stays around to lead a discussion about it. A Lowertown Listening Session for curious listeners. Doors at 5:30 p.m., music at 6. FMI and tickets ($10).

Thursday at the University of St. Thomas’ O’Shaughnessy-Frey Library: Annual St. Patrick’s Day Open House. The civilized way to celebrate the holiday. St. Thomas has one of the 10 largest collections of Celtic materials in North America – over 9,000 volumes of history, religion, folkore, art and music of the Celtic nations. Co-hosted with St. Thomas’ Center for Irish Studies, held in the library’s Special Collections Reading Room (LL09), this event features readings and the display of new and rare Irish books. 11:30 a.m. – 1 p.m. A brief program of readings starts at 12:15. The library is just north of Summit Ave. on Cleveland.

Thursday at the Minneapolis Institute of Art: Third Thursday: St. Patrick’s Day. When Third Thursday falls on St. Patty’s, Mia goes green. This month’s party includes green libations, a shamrock photobooth, 30-minute mini-tours of the galleries, live music from Aby Wolf and things to make and do. Plus if you join as a free member, you’ll get free admission to the new “State of the Art” exhibition. 6 – 9 p.m. Free.

For Gustavus Adolphus’ third annual TEDx event on April 23, the theme is ENGAGE! Speakers include Carol Markham-Cousins, former principal of Washburn High School (“What Does It Take to Push the Racially Biased System, and Fail?”), Annika Ericksen, assistant professor of anthropology (“Making the Most of a Life on Earth”), Paul Batz, founder and president of Good Leadership Enterprises (“Sparking Goodness”), and Volunteer of the Year winner Fardousa Jama (“Knowing Your Worth”). April 23 in Wallenberg Auditorium. FMI and tickets ($25/$5 Gustavus students).

Ordway’s new season to include ‘West Side Story,’ ‘Stomp,’ the Steeles