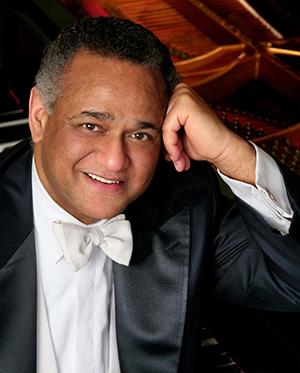 Yum, Sommerfest. Lively, inviting music inside Orchestra Hall, bratwurst and ice cream outdoors on Peavey Plaza, Andrew Litton on the podium and/or at the keyboard. This will be Litton’s 13th season as Sommerfest’s artistic director; he’s become the beaming face of the Minnesota Orchestra’s annual urban summer festival.

Welcome back, Maestro. What have you got for us this year?

Friday, July 15: Tchaikovsky’s Fourth is preceded by Brahms’ Double Concerto with guests Nicola Benedetti (violin) and Leonard Eischenbroich (cello). Saturday, July 16: Benedetti and Eischenbroich return for Beethoven’s Triple Concerto, with Litton at the piano. (This program repeats Sunday, July 17, in Winona as part of its Minnesota Beethoven Festival.) Friday, July 22: “A Night in the Tropics” spotlights trumpeter Charles Lazarus and his jazz quartet. Saturday, July 23: Sommerfest ends with the annual fave, a concert performance of an opera with stellar soloists, the Minnesota Chorale and Minnesota Boychoir. This year it’s Verdi’s “Otello.”

Sommerfest also includes three shorter events. Two “6 O’Clock Serenades” feature members of the orchestra in chamber music concerts prior to full orchestra programs at 8 p.m. (If you’re also going to the 8 p.m. show, you get in free.) Saturday, July 9: Rachmaninoff & Brahms. Saturday, July 16: (Alec) Wilder’s Wild Octets. A “Symphony in 60” concert on Thursday, July 14, plucks the Brahms’ Double Concerto (and soloists Beneditti & Eischenbroich) from the longer July 15 concert and you’re out of there in an hour.

Also on the orchestra’s summer calendar, sharing the Sommerfest glow, are four Live at Orchestra Hall concerts. “The Music of Duke Ellington and Ella Fitzgerald” with Grammy-winning vocalist Patti Austin and the Duke Ellington Orchestra is an evening of classic jazz (Friday, June 24). “The New Standards with the Minnesota Orchestra” brings Chan Poling, Steve Rohm and John Munson together with the orchestra for the first time (Saturday, July 2). “A Broadway Romance: A New York Cabaret” features Minnesota-born, Tony-nominated Broadway star Laura Osnes, U of M/Guthrie Theater BFA grad (and the voice of Prince Hans in Disney’s “Frozen”) Santino Fontana, and Tony-winning director and pianist Ted Sperling in a tribute to love, Broadway-style (Sunday, July 10). Wrapping up summer, Grammy-winning singer-songwriter Loudon Wainwright III makes his first-ever appearance in the room with the cubes (Friday, July 29).

On Tuesday, June 29, you can see the Minnesota Orchestra for free at Lake Harriet Bandshell, part of a four-concert “Symphony for the Cities” series that also takes the band to Plymouth (June 29), Winona (June 30) and Hudson, Wisconsin (June 27).’

The Minneapolis Institute of Art has a new curator of contemporary art. Gabriel Ritter leaves his post at the Dallas Museum of Art, where he has curated numerous exhibitions and projects including the long-running “Concentrations” series of work by internationally emerging and underrepresented artists and several solo shows. He previously worked at the Museum of Contemporary Art, Los Angeles and is currently completing his Ph.D. in art history at UCLA, where he earned his M.A. in art history and his B.A. in art history and Japanese. 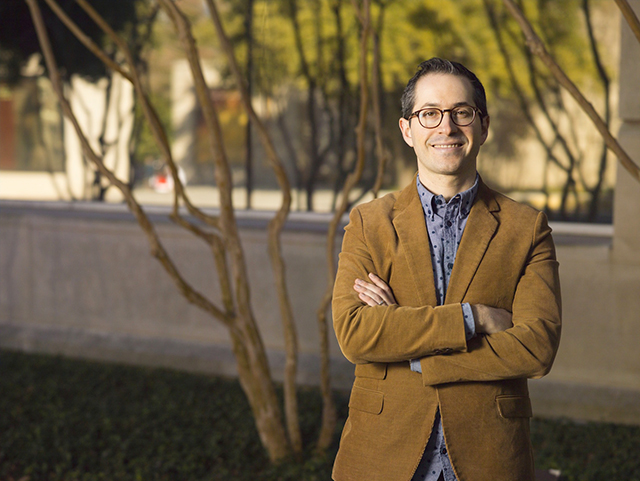 Ritter brings considerable expertise in contemporary Japanese art, which Mia director Kaywin Feldman is “particularly excited about … given our extraordinary holdings in the historic Japanese collection,” she said in a statement. Feldman also called attention to Ritter’s experience in “acting as a liaison between the artists, community organizations, and museums.”

Mia hasn’t had a contemporary art curator since Liz Armstrong left for Palm Springs in 2014. Ritter, only the second person to hold that position, will start in May.

We’re less worried about the Soap Factory now that several events have actually been scheduled there – through February, 2017.

Art(ists) on the Verge 7, presented by the the Soap and Northern.Lights.mn, features five Minnesota-based emerging artists working experimentally at the intersection of art, technology and digital culture. This year’s artists are Eric F. Avery, Torre Edahl, Jessica Henderson, Joshua McGarvey and Liza Sylvestre. AOV7 opens this Saturday (March 12) with a reception from 7-11 p.m. and ends April 17, with artist talks scheduled for April 16 from 3-5 p.m. FMI.

Yesterday’s email brought news of an Emerging Artist Residency Program. For five months (May – September), the building’s three galleries will be occupied by emerging artists, appointed and mentored by Soap Factory alumni artists and curators, making new work on the spot. And the dates for the Haunted Basement have been set: Sept. 23-Oct. 31. This year’s event – the 10th anniversary – will spread upstairs from the basement into the first floor gallery spaces.

Two submission shows will open Nov. 12 and run through Dec. 18. A Volunteer Biennial, showcasing the talents of the Soap’s volunteer force in a collaborate group show, is planned for Jan. 14-Feb. 12 of next year.

The Soap Factory announced last November that it would close its doors at the end of December and cut staff hours to part-time. We wondered if it would be replaced by a hole in the ground followed by yet another apartment building. Not yet, at least.

Starts tonight (Friday, March 11) at the Film Society’s St. Anthony Main Theatre: “Mountains May Depart.” Set in 1999, 2014 and the speculative near-future 2025, Chinese filmmaker Zhangke Jia’s film looks at the changing world through the lives of a woman and her two close male friends. Jia considers this his most emotional movie. FMI including showtimes and tickets. Ends Thursday.

Tonight through Sunday at Open Window Theatre: “Everyman.” The medieval morality play updated with an urban setting, live music and a diverse cast: the role of Everyman rotates through the play from male to female, white, black, yellow and brown. Open Window believes that art in its highest form is a “window” to the Divine, and that religious faith is something to celebrate through art. Artistic director Jeremy Stanbary draws on his own Catholicism in directing the play.  7:45 p.m. Friday and Saturday, 1:30 p.m. Sunday. FMI and tickets ($16-$26). 90 min., no intermission. Ends March 20. 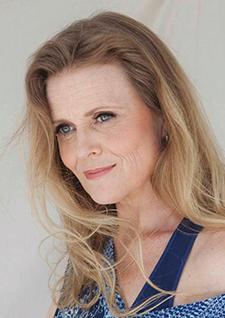 Sunday at Hopkins High School: JazzMN Orchestra with Tierney Sutton. Seven-time Grammy nominee Sutton is a consummate jazz singer with a gorgeous voice and a gift for creative improvisation. She’s sung at the Dakota many times and at major festivals, headlined Carnegie Hall, the Kennedy Center and the Hollywood Bowl, and now we can hear her in the Hopkins High School auditorium with our own excellent jazz orchestra under the direction of Doug Snapp. At 2400 Lindbergh Drive, Minnetonka, with tons of free parking. FMI and tickets ($10-$34).

The SPCO is showing up in unexpected places: at Icehouse on March 16 (oops, already sold out) and now The Museum of Russian Art on Saturday, April 9. TMORA’s main hall is beautiful (current exhibition: works by prominent Soviet artists of the post-WWII period) and the program includes music by Dvorák, Mendelssohn (String Quintet) and young Canadian composer Vivian Fung. Social hour at 7 p.m., concert at 8. FMI and tickets ($20).

On sale at 10 a.m. today: An Evening with Harry Connick Jr. at the State. Along with hosting “American Idol,” this highly accomplished pianist-vocalist-actor-NOLA native has released 30 albums, sold 28 million, won three Grammys and two Emmys, earned Tony nominations and is about to debut his own nationally syndicated daytime TV show. 7:30 p.m. Thursday, May 12. FMI and tickets (starting at $79). Buy in person at the State Theatre box office, save on fees.