What kind of opera includes lyrics like “Pigeons on the grass alas”? One with a libretto by Gertrude Stein and a score by Virgil Thomson. “Four Saints in Three Acts” (in fact, there are 20 saints, or maybe 30, and four acts) premiered in 1934, became a modernist cause célèbre and ran longer on Broadway than any opera before or since.

“Four Saints” will never be a “Carmen” or “Tosca” in terms of popularity, but it has many admirers, including VocalEssence’s Philip Brunelle, who brings the avant-garde milestone to the Cowles for two performances this weekend.

Brunelle led his singers in a concert version at the O’Shaughnessy in the late 1970s and has been itching to do a staged production ever since. “It’s been on my brain for so many years,” he said in conversation last week. “And for me, it’s really important that a VocalEssence season be very diverse and have some traditional things and then some things like ‘Four Saints’ that make people go, ‘Oh, that’s unusual.’ ”

“Unusual” is an understatement. The opera’s theme, in the words of composer Thomson, who went on to win a Pulitzer Prize, is the “working artist’s working life,” which leaves a lot of wiggle room. There’s no plot, at least not one that anybody has figured out. For Stein, language was a plaything, so the libretto is more about sounds than making sense.

The music draws from folk songs, hymns, Sunday-school songs, vaudeville and circus-like melodies. There’s a lightness and brightness to it. “The tunes are so memorable, and the musical is so accessible, so American,” Brunelle said. “It kind of sounds like Aaron Copland, or Charles Ives. It’s very tonal, a very easy-to-assimilate musical language, and then you add this wonderfully bizarre element” – Stein’s words – “on top of it.”

And then you add Carl Flink’s creativity and imagination on top of that. Brunelle tapped Flink, artistic director of Black Label Movement, to serve as director and choreographer. Flink brought in some of his movers (dancers) and went to work on the VocalEssence singers, who are not allowed to just stand there and sing.

Flink was new to “Four Saints” but felt “immediately drawn to it, because it had this sense of quirkiness and playfulness that was really intriguing. It’s light, it’s whimsical, yet it has this wonderful biting undertone.” It’s also a blank slate for any director because the opera is rarely produced, there’s no one way to approach it and the interpretations are endless. Flink saw that as a challenge and an opportunity.

He reached out to Michal Kobialka, a theater historiographer at the U of M, where Flink teaches dance. “We sat down and roamed around ‘What is this opera?’ and ‘What do you do with it?’ One of the things he said was, ‘You need to avoid trying to put it in the box of a narrative. There is story, there is meaning, but if you start making it a linear narrative you’ll lose the serious play of it.’

“It’s a fascinating back-and-forth between allowing meaning to manifest and not holding on to it too hard,” Flink said. “The way our minds digress when we talk, we’re not always laser-focused on what we’re saying. Other things are crackling in our heads. I feel like in some way [Stein] writes that inner mind – that inner world of the mind, and how we don’t just plow through the world in one linear direction.”

Not only do the VocalEssence singers have to move among Flink’s movers, they also have to sing the libretto from memory. For that alone they should get big blue ribbons, because it can’t be easy to memorize language like “How many saints can be and land be and sand be and on a high plateau there is no sand there is snow and there is made to be so and very much can be what there is to see when there is a wind to have it dry and be what they can understand to undertake to let it be to send it well as much as none to be to be behind.”

That’s a direct quote from Act I. The key, Brunelle said, was “repetition. Every singer said to me, ‘I just had to keep going over and over to get this.’” They started in the fall, and once Flink added movement, it got easier.

Brunelle’s tips for enjoying “Four Saints”? “Throw the usual way of conversing out the window and just listen. … It will be great. It’s gonna be fun.” Brunelle noted that “Virgil just accepted Gertrude’s words.” He also created beautiful tunes to carry them.

Along with the singers and movers, “Four Saints” will feature a 23-piece orchestra (including an accordion and a harmonium), costumes, set design by Paul Herwig and lighting design by Marcus Dilliard. Performances are Saturday at 8 p.m. and Sunday at 4 p.m. in the Goodale Theater at the Cowles Center. Each is preceded by a concert conversation with Brunelle, Flink, Randall Davidson and James Kendrick, head of the New York-based Virgil Thomson Foundation. FMI and tickets ($20/$30). You won’t have many chances in your lifetime to see and hear this live, so you might want to grab the ring. 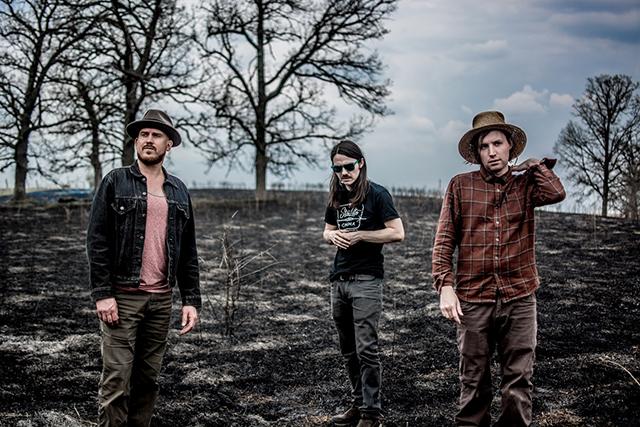 Courtesy of the artist
The Pines

Friday at First Avenue: The Pines “Above the Prairie” CD Release. Their unique brand of indie-roots music has been called “dark folk,” “country noir” and “a dusty and often ghostly take on Americana.” Imagine Brian Eno on the Great Plains and you have some idea of the Pines: dreamy, ethereal voices and acoustic instruments layered with ambient sound. “Above the Prairie” is the fourth Red House album for Dave Huckfelt, Benson Ramsey and Alex Ramsey. Their First Ave show will include Michael Lewis on bass and JT Bates on drums, with special guests Phil Cook and Stolyette. 8 p.m. in the mainroom. FMI and tickets ($18). Listen here to “Aerial Ocean.”

Saturday on and around St. Paul’s Summit Avenue: Before Bach’s Birthday Bash. Monday is J.S. Bach’s 331st birthday, and his music is more popular than ever. How’s that for longevity? Classical MPR, the Bach Society of Minnesota and the Twin Cities chapter of the American Guild of Organists are co-sponsoring a whole day’s worth of free concerts, starting with a live MPR broadcast from St. Mary’s Chapel of the St. Paul Seminary at 9 a.m. The day’s events will also include a sampler of works by German late-romantic composer Max Reger, who, like countless others, was inspired by Bach. Do the day and you’ll bop around from St. Mary’s Chapel to the University of St. Thomas Chapel, the Episcopal Church of St. Clement and Unity Unitarian Church, ending up at House of Hope Presbyterian Church. Or just drop in at one or more. Here’s the schedule and what you’ll hear at each concert, played by whom on what kinds of instruments. 9 a.m. – 5 p.m.

Saturday at the Minnesota Museum of American Art Project Space: Gallery Talk: “Material Mythologies” and Contemporary Craft. MMAA’s current show, “Material Mythologies,” features artists working at the edge of contemporary craft and sculpture, using textiles, beading, metal, ceramic and glass to tell stories, communicate personal histories and decode assumptions about craft. Monica Moses, editor in chief of American Craft magazine, and MMAA curator Christopher Atkins will consider the exhibition and touch on topics including the history and impact of the American Craft Council (ACC) and the future of craft in the Twin Cities. The 2016 ACC show opens April 8 at St. Paul’s RiverCentre; this event is a good lead-in to that. 3 p.m. 141 E. 4th St., St. Paul. Free and open to the public; no registration required.

Sunday at the Ordway Concert Hall: 93rd Annual Bruce P. Carlson Scholarship Competition Winners Recital. Each spring, the Schubert Club awards some $50,000 to young musicians who live and/or study in Minnesota, Wisconsin, South Dakota, North Dakota or Iowa. Past winners have gone on to positions in the Minnesota Orchestra, LA Philharmonic and Cleveland Orchestra, to name a few. Come hear this year’s winners in the piano, strings, voice, guitar, brass and woodwinds categories. 1 p.m. Free and general admission; no tickets required.

We didn’t see this one coming. Jon Anderson, the original singer/songwriter for the supergroup YES, and Jean-Luc Ponty, the international violin superstar whose albums sold millions, have formed the AndersonPonty Band, and they’re playing Burnsville’s Ames Center on Tuesday, May 10. FMI and tickets ($32.50-$79.50). Buy at the box office, save on fees. 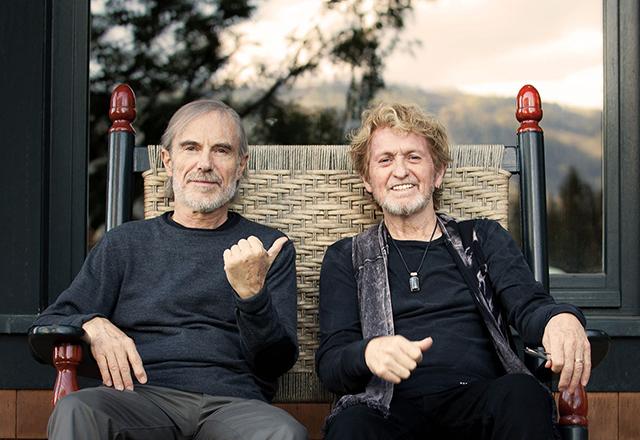 Courtesy of the artists
Jean-Luc Ponty and Jon Anderson.