After 10 years and 25 new plays, Workhaus Collective is calling it quits, voluntarily and without debt. At its founding in 2006, the Collective was a radical new model for playmaking. Playwrights not only wrote the plays, they led their own productions, acting as artistic directors, taking complete administrative responsibility and creative control. Other company members did the marketing, development and house management in service to the playwright’s vision.

Workhaus plays enjoyed success locally, nationally and internationally. Member plays were produced in Pittsburgh, New York, Tokyo and Chile, earned a Drama Desk nomination and became finalists for the O’Neill Playwrights Conference and the Yale Drama Prize. Current member work can be seen all over the Twin Cities this spring. Christina Ham’s “Nina Simone: Four Women” just ended a sold-out run at the Park Square; her “Scapegoat” opens at Pillsbury House in May. Alan Berks has two plays opening in April: his adaptation of Pirandello’s “Six Characters in Search of an Author” at the Park Square and “Complicated Fun,” about Minnesota’s music history, at the History Theatre. Jeannine Coulombe’s adaptation of “I Love You, Stinky Face” premieres in April at Stages Theater Company.

Workhaus showed “what can happen when a group of artists come together to support one another’s idiosyncratic processes, as much as their own,” Playwright’s Center Artistic Director Jeremy Cohen said in a statement. Member playwright Alan Berks called this “an ideal time to celebrate our successes and move on to the next chapter in all of our careers.”

The company’s final activities will be the production of Carson Kreitzer’s “Lasso of Truth,” about Wonder Woman’s origin story, at the Playwrights’ Center in April. Winter 2016 will see the publication of an anthology of selected works from the Collective’s 25 new play productions, with essays on learning from this unique model. “This is a viable model that other people and other playwrights can do,” Coulombe said. “Because it worked for us.”

A cinephile’s dream come true, the 35th annual Minneapolis St. Paul International Film Festival starts April 7, and this year it’s in more places than ever. Along with its home base, the St. Anthony Main Theatre, MSPIFF is moving into the Uptown, Metro State University and McNally Smith in St. Paul and Rochester’s Galaxy 14 Cine. Tickets are now on sale to everyone, including members and the general public.

The easy-to-use website, which includes the full lineup of films, invites browsing and lots of trailer-watching. Get an overview on the home page. Check out the Voices, nine groups of films organized by taste (drama, romance, comedy), and the Programs, which points you toward Asian films, documentaries, LGBTQ films, Nordic films (“Midnight Sun”), high-profile films (“Special Presentations”) and more.

On the Films & Events page, pick a tab and start exploring. We find the “Tags” tab especially helpful in searching for specific kinds of movies (for example, movies about music or food). Even in an election year, “Party” under “Type” isn’t political. It tells you when and where the parties are. Many directors will attend screenings of their films; to find them, click “Yes” under “Guest Attending.” Tip: To narrow your search, choose more tabs. If you see “No matching items found. Please adjust your search criteria and try again,” you can always click “Reset” and start over. 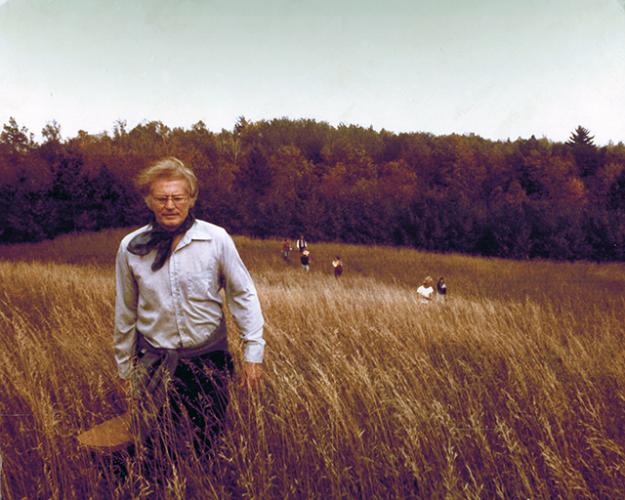 Courtesy of the Minneapolis St. Paul International Film Festival
A still from “Robert Bly: A Thousand Years of Joy,” which screens at MSPIFF on April 14 and 17.

Page through the printed program online or pick up a hard copy beginning April 4 at these three metro locations: the St. Anthony Main, the Uptown and Metro State’s Founder’s Hall.

This year’s count includes more than 250 films (160+ features and 90+ shorts) representing 71 countries. Most films have more than one screening. Go see a few or a dozen; the festival runs through April 23. That’s 17 days of movie madness.

Tonight (Tuesday, March 29) at the University Club of St. Paul: Eugene McCarthy Reading. We mentioned this event in last Friday’s column – it’s a reading honoring the late Minnesota senator and former presidential candidate Eugene McCarthy on his 100th birthday – and named a few guests. Now it seems all kinds of people will likely show up, including St. Paul Mayor Chris Coleman. Filmmaker Mike Hazard (who once made a film with Sen. McCarthy and will also be there) tells us on Facebook that Danny Klecko (of St. Agnes Baking Co.) has baked a cake. 7 p.m. Free.

Thursday at Magers & Quinn: Daniel Clowes presents his new graphic novel “Patience.” Winner of a PEN Award for Outstanding Body of Work in Graphic Literature, author of “Ghost World” (among many others) and a frequent cover artist for the New Yorker, Clowes has something new for us: a psychedelic science-fiction love story that graphic novel fans are dying to read. 7 p.m. Free. Seating begins at 6 p.m. and they’re expecting a large crowd, so plan to go early.

Friday at the Ordway Concert Hall: Happy Hour Concert with Pekka Kuusisto. Leave work a little early on Friday, if you can. The SPCO and one of its new artistic partners, the exciting (and internationally renowned) Finnish violinist Pekka Kuusisto, will play a special Happy Hour concert of music by Nico Muhly, Bryce Dessner (of the National), Estonian composer Erkki-Sven Tuur and Mozart (Violin Concerto No. 5). Arrive early for complimentary beer and cider, happy hour prices on wine and cocktails, and food trucks (Hot Indian, Fork in the Road). Happy Hour at 4:30 p.m., music at 6. FMI and tickets ($15 general admission). 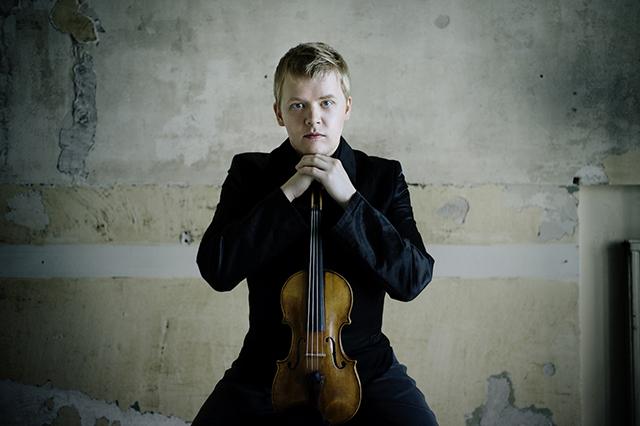 Opens Saturday at the Ritz: Theater Latté Da’s “C.”  Kristina Gorder of Theoroi, a young professionals group sponsored by the Schubert Club (and now in its fifth year), wrote this preview for MinnPost: “The new musical ‘C.’ is based on the play ‘Cyrano de Bergerac’ by Edmond Rostand, a fictionalized account of the life of a 17th-century novelist and playwright. In the play, Cyrano is a cadet in the French army as well as a brilliantly talented poet and musician. Sadly, he is riddled with self-doubt as a result of his abnormally large nose, which he believes makes him unworthy of love. (Even if your nose is a perfectly reasonable size, we are all occasionally felled by our insecurities.) ‘C.’ is the second world premiere in Theater Latté Da’s new work initiative, NEXT 20/20, a plan to develop 20 new musicals or plays with music within five years. One of the things I love most about the Twin Cities arts community is how it not only embraces but also supports and makes space for new works. I recently heard a new work by local composer Abbie Bettinis in the Ordway Concert Hall and have seen five operas brought to life by Minnesota Opera. I can’t wait to see what Theater Latté Da will bring to the musical theater scene!” Book and lyrics by Bradley Greenwald, music by Robert Elhai; directed by Peter Rothstein. 7:30 p.m. Through April 24, with performances Wednesdays-Saturdays at 7:30 p.m. and Sundays at 2 p.m. 345 13th Ave. NE. FMI and tickets ($45/$35). Here’s a behind-the-scenes video.

Workhaus Collective is calling it quits; get ready for 17 days of movie madness