Eyal and Behar will be here for almost two weeks starting Sept. 29, working with the JSB dancers, offering classes and taking part in community events. They’ll return Oct. 31 for performances at the O’Shaughnessy Nov. 4-6 of their acclaimed work “Killer Pig.”

The former house choreographer for Batsheva Dance Company in Tel Aviv, which was founded in 1964 by Baroness Batsheva de Rothschild (with artistic adviser Martha Graham), Eyal has won numerous honors including the 2009 Landau Prize for Performing Arts. In 2013, Eyal and Behar launched L-E-V Dance Company, which the New York Times promptly hailed as having “a defined style that it takes most troupes years to develop.”

Forecast: a week of Purple Rain

Grieving Prince fans keep gathering to honor and remember the musical genius whose sudden, unexpected death last Thursday was felt around the world. Watching “Purple Rain” in a crowd is a favorite thing to do. See it Friday at midnight at the Uptown (better hurry if you want tickets to that one).

It’s kind of hard to find a theater that’s not screening “Purple Rain” this week. Secrets of the City, which keeps us cool, let us know that Sabathani Community Center is hosting a whole week of free 6 p.m. “Purple Rain” showings (with free popcorn) daily through Friday and will throw a free, family-friendly Prince Block Party on Saturday from 1-6 p.m.

Sheila E. hinted to the Strib’s Jon Bream that a future public music celebration for Prince she’s in charge of organizing might take place at U.S. Bank Stadium.

Theatre Pro Rata, whose production at the Park Square in January of “The Beauty Queen of Leenane” won raves, has announced its next season, a comedic mix of plays old and new.

For fall: Shakespeare’s “Henry V,” a blend of political intrigue and on-stage battle. For election season: Pro Rata remounts Andy Bayiates’ “44 Plays for 44 Presidents,” a survey in vignettes of the 44 men (so far; 43 if you don’t count Grover Cleveland twice) who have held our highest political office. Yes, there will be an Election Night performance, which sounds like the place to be.

For winter: Robert Ross Parker’s “Goodbye Cruel World,” based on a satire banned by Stalin. May 25-June 11 (firm dates already, because this one brings Pro Rata back to Park Square): Bridget Carpenter’s “Up: The Man in the Flying Chair,” about a man, a lawn chair and 45 helium-filled weather balloons.

Now at the St. Anthony Main Theatre: Best of Fest. If you couldn’t decide which of the Minneapolis St. Paul International Film Festival’s many film screenings to attend because you didn’t know which films were the best, this is for you. The judging is over, the winners are in and here’s what to see and when, through Friday. 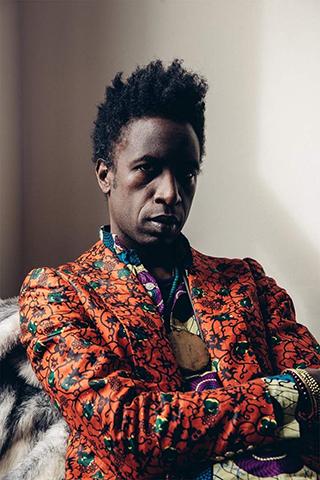 Courtesy of the artist
Saul Williams

Tonight at the James J. Hill Center: Saul Williams and Mivos Quartet: “No One Ever Does.” Co-presented by the SPCO’s Liquid Music and the Givens Foundation for African American Literature (after all, it’s National Poetry Month), this once-in-a-lifetime event features two world premieres by composers Ted Hearne and Jace Clayton (a.k.a. DJ/rupture) and a Minnesota premiere of a collaboration with composer Thomas Kessler. Poet and performer Williams has been dubbed “hip hop’s poet laureate,” the Mivos “one of America’s most daring and ferocious new-music ensembles.” This promises to be stellar – in terms of music, wordplay and setting, the stately and beautiful Hill Reference Library. 7:30 p.m. Sold out, but some people won’t make it or their plans will change, so give a call (651-291-1144) and ask about turnbacks or just show up.

Tonight at Crooners in the Dunsmore Room: John Raymond Quartet. If you missed Minnesota-born, New York-based trumpeter/flugelhornist/ composer/bandleader Raymond at Vieux Carré in January, you can catch him in the intimate listening room at Crooners starting at 7, where he’ll be joined by Graydon Peterson on bass, newly crowned (by City Pages) Best Jazz Artist JT Bates on drums and Bryan Nichols at the Dunsmore’s glorious Bösendorfer grand. 7 p.m. FMI and tickets ($15 show, $40 dinner and show). 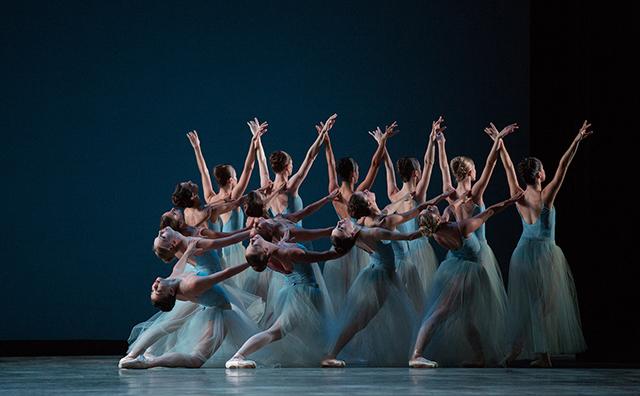 Wednesday at Northrop: Miami City Ballet. Northrop’s 2015-16 season ends with a bang as a company steeped in the Balanchine tradition performs two works by Balanchine and one by 28-year-old wunderkind choreographer Justin Peck. All the music – by Tchaikovsky, Stravinsky and Czech composer Bohuslav Martinu – is performed by a 55-member live orchestra. The program includes Balanchine’s “Serenade” (1934) the first original ballet he choreographed in America (the Wall Street Journal has called it “the ballet that changed everything”), Balanchine’s “Symphony in Three Movements” (1972) and 28-year-old wunderkind composer Justin Peck’s “Heatscape” (2015), with art design by Shephard Fairey (whom most of us know for his Obama “HOPE” image). 7:30 p.m. FMI and tickets ($54-$74). Arrive early (6:15) for a performance preview in the Best Buy Theater. Stay after to hear Northrop director Christine Tschida announce the 2016/17 season.

Thursday at Orchestra Hall: Jazz in the Target Atrium Season Finale: “The Wild Midwest.” There’s a bit of a kerfuffle in Congress lately about a proposed resolution that would designate Kansas City, Missouri, as the official “Home of Jazz.” Meanwhile, New Orleans would be designated the “Birthplace of Jazz.” So where does that leave us Midwesterners? Jeremy Walker will demonstrate our role as experimenters and innovators with the largest Atrium Jazz Ensemble to date, with Walker and Bryan Nichols on piano, John Raymond (staying around after his Crooners gig) on trumpet, Chris Thompson and Brandon Wozniak on saxophones, Jeff Bailey on bass and that Best Jazz Artist JT Bates on drums. What will they play? All originals by Walker and Nichols. 7:30 p.m. FMI and tickets ($25 adult/$12 student).

Saturday and Sunday: Minneapolis-St. Paul Home Tour. Our annual chance to see how other people in the Twin Towns are updating their kitchens and bathrooms, finishing their basements or surviving additions. Meet the homeowners, the professionals they worked with and other curious people who think this kind of thing is fun and illuminating (we sure do). Wear comfy, easily removable shoes, because you’ll be leaving them at a lot of doors. The self-guided tour of 50 residences includes old homes, new homes and a collection of multifamily properties along the Green Line. Saturday 10 a.m. to 5 p.m., Sunday 1-5 p.m. Pick up a guide on the tour or at a St. Paul, Hennepin or Ramsey County public library. Go online to download the guide and tour maps. New this year: Topic Talks and a few guided tours.