On Tuesday evening at the Cowles Center, at what’s being called the first annual Star Tribune Arts Forum, four Twin Cities arts leaders joined longtime Star Tribune critic Graydon Royce for a free public conversation about building and engaging audiences, which these days mostly means younger audiences. Kaywin Feldman, director and president of the Minneapolis Institute of Art; Kyu-Young Kim, artistic director of the St. Paul Chamber Orchestra; Olga Viso, executive director of the Walker; and Joseph Haj, artistic director of the Guthrie, joined Royce on stage in the Goodale Theater for a panel discussion followed by a Q&A. (Sarah Bellamy, Penumbra’s co-artistic director, was on the program but was unable to attend.)

It’s not every day you see Feldman, Kim, Viso and Haj in the same room, so a sizable crowd turned out of other arts leaders, board members, donors, reporters and supporters.

For nearly 90 minutes, Royce and the panel ranged across a variety of hot topics in the arts: ways to bring more (young) people in to museums and art centers, theaters and concert halls; the pluses and minuses of the digital age; how fast audiences are changing; the need for multiple access points and experiences; raising money; the importance of reaching school-age kids; what might lie ahead. No one dropped a bombshell or went out on a limb, and for those who’ve been paying attention to the local arts scene over the past few years, not much was new. But it was interesting to hear the panel talk as peers about their organizations, all flagships within our community, and the challenges of keeping them afloat, vibrant and relevant.

Kim, who is also the SPCO’s principal violin, was passionate about giving audiences rich experiences and getting them to show up often. “That’s a big part of why we lowered our [ticket] prices,” he said. “We want them to come a lot, not just save up to come one time.” Viso was the most cerebral; when asked whether art should be provocative, she said she would use the word “catalytic.” Rather than look at audience demographics, she prefers psychographics – “the motivations and interests that bring people together.” The Walker of the future, Viso said, will be “much more fluid inside and out.”

Feldman seemed the most relaxed and at ease, mixing thoughtfully detailed responses to Royce’s questions with mention of her cats and the suggestion that if we really want to help the arts, we should “vote for a president who’s a known arts supporter.” The way Mia’s collections are installed, she said, will look very different in years to come.

Haj, a former actor, was the most inspiring. As the new guy in town, he couldn’t number-drop with the others, who offered facts and figures about attendance, membership and millennials. But he made everyone in the house think that tweet seats are dumb (“In a society where we’re all on our electronics all the time, when 1,100 people come into the [theater] and they all turn off their electronics and sit for 2½ hours in somebody else’s story, that’s a radical act in contemporary society”). He shifted the focus briefly away from young audiences (“One of the prevailing myths of the American theater is that audiences were ever young”). And he probably surprised everybody with these words in response to a question from the crowd:

“Pretty much every year I’ve been a professional artist … every single year we hear how it’s the worst it’s ever been. I go to conferences and hear, ‘It has never been this hard!’ Like, really? When you say ‘never’ – when Zelda [Fichandler] and Margot [Jones] and Tyrone [Guthrie] all went into towns around the country and put a shovel in the dirt and built a theater where there wasn’t one anywhere in sight, it’s harder than that?

“We may look back at this period as one of the golden times. Not because we don’t have worries, but we have to be careful that we’re not cringing. … There’s so much potential, so much possibility, we should all be doing brave things. We should be doing big things. … Arts organizations are the most fragile of things. But looking across the history of the not-for-profit American theater, I think it’s a golden age. I really do.”

No one could top that, so the evening ended there.

Mia has a new curator 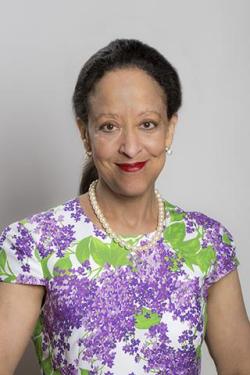 In a statement, Mia Director Kaywin Feldman called Zelleke “a talented and insightful curator, as well as a consummate storyteller. … [Her] vision to bring the decorative arts of centuries past to life for the contemporary visitor makes her a natural fit.” Zelleke will assume her new role in August.

Mia’s decorative arts collection includes more than 18,000 works in all mediums, from a Paul Revere tea service to the Purcell-Cutts House near Lake of the Isles.

The Singers’ 2016-17 season begins with Baroque

Oct. 22-23: “A Baroque Feast,” with music by Handel and Bach (“Singet dem Herr nein neues Lied”). Dec. 4, 10, 11: “What Sweeter Music: Christmas with the Singers,” with Britten’s “A Ceremony of Carols” (in its original treble version, sung by the women of the choir) and world premiere carols by Culloton and Tesfa Wondemagegnehu.

April 1-2, 2017: “My Soul’s Repose,” featuring Frank Martin’s Mass for Double Choir and spiritual, reflective works by Brahms and Frank Ferko. May 20-21: “An American Pastiche,” a program of American choral music from the middle of the 20th century by Stephen Paulus, Dominick Argento, Ned Rorem, Samuel Barber (“Reincarnations”) and others.

A fan says, “I sobbed like it was a relative.” Minnesota History Center Senior Curator Adam Scher talks about the “Purple Rain” suit and how the History Center got it. (It’s now on display.) Producer Jimmy Jam recalls his last conversation with Prince, when they talked about the possibility of a new album. The Dakota’s Lowell Pickett is sorry he didn’t say hi to Prince the last time the Purple One visited the club, just two nights before he died. MPR spoke with mostly local people who shared their memories of Prince, and you can hear them on a “Prince Remembered” podcast on iTunes.

Tonight (Wednesday, April 27) at the Riverview Theater: LUNAFEST Women’s Film Festival. The annual national touring festival of short films by, for and about women is also a fundraiser. This year, proceeds benefit the Minnesota Peacebuilding Leadership Institute and the Breast Cancer Fund. Films range from animation to fictional drama and cover topics including women’s health, motherhood, body image, aging, cultural diversity and breaking barriers. Learn more and view the trailer here. Now in its 15th year, LUNAFEST has raised almost $3 million. 7 p.m. FMI and advance tickets ($25 films and festivities; $40 films, festivities and VIP after party). General admission at the door $35 starting at 6:30 p.m. 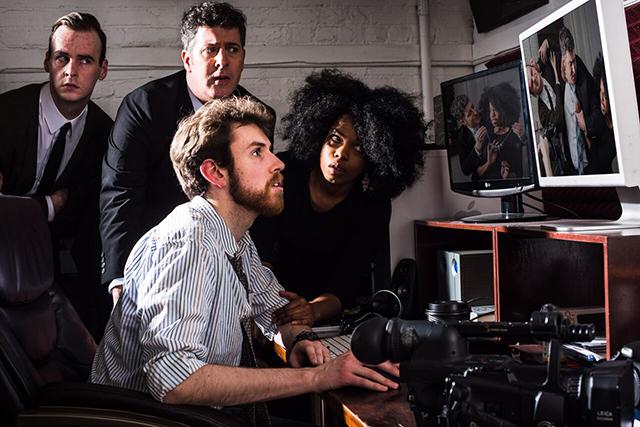 Thursday at Park Square Theatre: “Six Characters in Search of an Author.” Like Nick Payne’s “Constellations,” now at the Jungle, Luigi Pirandello’s “Six Characters” asks you to pay attention and exercise your gray matter. Payne toys with time, Pirandello with reality; his “Six Characters” of the title are literally in search of an author. They are all fictional, the author who created them never finished their story, and until someone does they’re stuck in nowhere land. Playwright and director Alan Berks stages his adaptation of this 94-year-old play as a modern reality TV show. (If you saw an earlier version at the Gremlin in 2013, this has evolved further, thanks to a fall residency with nearly 200 students at the University of St. Thomas. Among their ideas: include social media.) The reality show is live and we’re the in-studio audience. Questions of real vs. fake are heightened, because what’s more fake than reality TV? 7:30 p.m. on the Boss Stage. FMI and tickets ($40/$60, with discounts for students, seniors and under-30s). Ends May 8.

Friday at Public Functionary: Minneapolis Art Lending Library Lending Hours. Browse a selection of more than 90 contemporary original artworks – paintings, drawings, prints, photographs, ceramics, sculptures – by mostly local and some national artists. Pick one to display at home or in your workplace for three months. The Minneapolis Art Lending Library (MALL) hopes that living with art will inspire people to buy art, but meanwhile there’s no obligation, except taking care of your artsy guest and eventually bringing it back. The current collection includes plenty of pieces we’d be happy to show off. Artist fellow Teresa Audet will speak and DJ Josh Dibley will provide the music. 5-8 p.m. Free.

Friday at Open Book: National Poetry Month Party and Reading. Three-time Minnesota Book Award winner Ray Gonzalez will be there. And Michael Bassett, Todd Boss, Amy McCann, Matt Rasmussen, Anders Nilsen, Jennifer Willoughby and more. Milkweed Editions and Motionpoems are throwing a shindig in honor of poetry and our local practitioners of the fine wordy art. An open house in Milkweed’s office start at 5:30 p.m., followed by a poetry reading at 7 p.m. in the Target Performance Hall. The party will cost you, the reading is free, and you’ll need tickets to either/both ($10/$25). 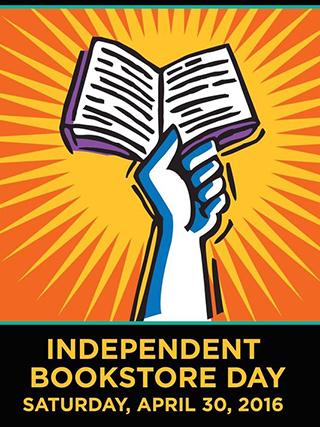 Saturday: Independent Bookstore Day. Because, as Goat said in Monday’s “Pearls Before Swine,” the daily comic strip by Stephan Pastis: “A ‘book’ book. The kind with @#$%& pages … that I bought at a local bookstore … because it’d be pretty @#$%& sad if our last remaining bookstore had to shut its doors.” Participating Twin Cities stores include Birchbark (where Louise and Heid Erdrich, R.T. Ryak and Beth Dooley will make appearances; here’s the schedule), Magers & Quinn (temporary tattoos, plus Babes in Toyland’s Michelle Leon at 7 p.m.; FMI), Wild Rumpus (games, face painting, prizes, and autographed copies of Kate DiCamillo’s newest book, “Raymie Nightengale,” squeal!), Common Good (DiCamillo is there from 9-10 a.m. for a sold-out event, but anyone can say hi to her starting at 10), and SubText (coffee and donuts in the a.m., live music in the early p.m., refreshments later in the day, a Neil Gaiman coloring book, etc.). This is only the second annual Independent Bookstore Day and it’s already becoming a pretty big thing. Look for exclusive books and art pieces.