In the 10 years since the new Guthrie Theater opened, we’ve seen several shows in the small Dowling Studio on the ninth floor. But we still meet people who have never heard of, much less visited, the 200-seat black box with spectacular views of the river and city and a big amber window in the floor. It seemed that the thrust and proscenium stages were the “real” Guthrie, the Dowling more of an afterthought. 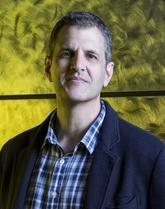 In March, when Artistic Director Joe Haj announced the 2016-17 season, his first fully curated lineup, he hinted at “a big initiative we’re looking at with Level Nine and the Dowling studio.” On Wednesday at the Guthrie, with Managing Director Jennifer Bielstein and Associate Artistic Director Jeff Meanza seated to his right and left, Haj revealed the details of an ambitious plan to put the Dowling in the spotlight – and the news of a $1 million, three-year grant from the Andrew W. Mellon Foundation that will help support it.

Several things will happen – some in the works before the Mellon money, others made possible by it.

In September, the ticket price for all performances on Level Nine will fall to $9 – “lower than the price of a movie ticket,” Haj said. A new director of community engagement will work to connect the Guthrie with its underserved communities. (So far, there are 80 applicants for the position.) The goal: to bring more diverse audiences to all three stages. Haj admitted that “if anybody knew how to do this, it would have been done long ago.” But the Guthrie is committed to trying.

Changes (“physical upgrades”) will be made to the Level Nine lobby so it’s better suited for conversations and salon-style gatherings. Because of its retractable wall, “the whole ninth floor can open into a community space, a town hall space, a public space where we can have real dialogue and conversation around pressing issues,” Haj said. “We don’t have many of these places in our world anymore.”

The programming of the Dowling Studio will be more focused. The Guthrie will program three or four plays each season, some produced by the Guthrie, others presented by national or international companies. The plays for 2016-17 are Jeanne Sakata’s “Hold These Truths,” about the life of a Japanese internment camp survivor and posthumous Medal of Honor winner (Oct. 7-23); Jackie Sibblies Drury’s “We Are Proud to Present a Presentation About the Hero of Namibia, Formerly Known as South West Africa, from the German Sudwestafrika, Between the Years 1884-1915,” about actors trying to create a play about genocide (Feb. 21-March 12, 2017); and Frank Boyd’s “The Holler Sessions,” about a DJ and jazz (Aug. 4-20, 2017).

Each performance will begin or end with an audience engagement event. Meanza said that these won’t be the usual Q&A or panel-of-expert formats. Using the Dowling as a lab for ideas, they’ll test different ways to make communication and conversation happen. This part of the Level Nine initiative had a trial run in 2015-16 with the Singular Voices/Plural Perspectives series that included Aaron Davidson’s “Wrestling Jerusalem” and Jessica Dickey’s “The Amish Project.”

Each season, the Guthrie will commission a new work. For 2016-17, playwright KJ Sanchez of the theater company American Records will create a documentary play about the experiences of refugees and immigrants resettling in the Twin Cities. “The Guthrie has to be a new play space,” Haj said. “But I don’t want to have a new play program just to have a new play program.” Haj took inspiration from something former Guthrie artistic director Liviu Ciulei once said: “A community can be measured by the questions its theater asks.” Plays will be commissioned around ideas and issues.

Each season, the Guthrie will host a devised theater ensemble – an industry term for a group that starts work with no script. “Devising companies really struggle,” Haj said, “and they’re often our bravest artists. They’re often the ones on the edge that 20 years out become the center of what we do.” When Haj and Meanza were at PlayMakers in North Carolina, Mellon supported their work with devising companies. The two men brought to the Guthrie a pre-existing relationship with Mellon and an invitation to stay in touch.

This year’s devised ensemble: The Moving Company, whose “Refugia,” was previously announced, will have its world premiere on the proscenium stage (May 13-June 11, 2017). The Level Nine initiative is also about new work filtering down onto the larger stages and eventually making their way out the door and into the world.

The Dowling Studio will still present work by local and regional companies, but companies will be chosen by how well they ask questions that inspire community conversation.

Using a term borrowed from the ’60s, Level Nine will host “happenings” – periodic events in response to what’s going on here and in the world. Haj gave an example: “If we’re in a Ferguson moment, what if we bring [the New York-based spoken word ensemble] Universes in for a piece and create a safe place for our community to have a meaningful dialogue where we can heal and grow and understand?”

Haj described the new initiative as “a big organizational shift in focus” and “a change in identity.” It’s certainly a change in the Dowling Studio, and not without risk. “There’s no sense in falling off the lowest rung of the ladder,” Haj said. “Let’s really be ambitious. Let’s be brave. Let’s be courageous.” 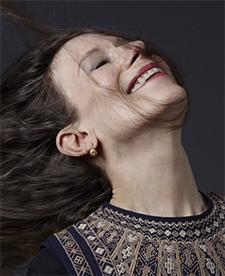 Tonight through Saturday at Macalester’s Janet Wallace Fine Arts Center: “The Glass Menagerie.” Not just any old production of the Tennessee Williams play. Macalester has a research alliance with the Harry Ransom Center at the University of Texas at Austin, which has a Williams archive. Director Beth Cleary spent time there; actors read scenes Williams cut from the final play and saw his cross-outs and scribbles, learning more about his process. The Macalester production is staging Williams’ preferred version of the script, which imagines projections and live music. 7:30 p.m. Thursday-Saturday, also 2 p.m. Saturday. FMI. Tickets $7-$4. 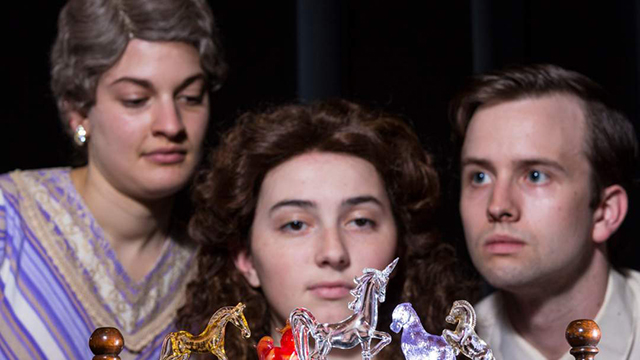 Tonight through Sunday at the Ted Mann: “Lady in the Dark.” The U’s semester-long Weill/Brecht Celebration wraps up with a fully staged performance of the 1941 Broadway hit by Moss Hart, with music by Kurt Weill and lyrics by … Ira Gershwin? And the lead character is the editor of a fashion magazine? And it’s being presented for the first time in its critical edition? (That’s for you scholars.) 7:30 p.m. Thursday-Saturday, 1:30 p.m. Sunday. FMI and tickets ($20/$5).

Friday at the Cathedral of St. Paul: Voices of Light/The Passion of Joan of Arc. As Carl Dreyer’s 1928 silent film masterpiece “The Passion of Joan of Arc” flickers on a big screen, the 90-voice Oratorio Society Chorus and a 26-piece orchestra perform the glorious score American composer Richard Einhorn wrote to accompany it. This combination of film and live performance has been a smash hit in places like Avery Fischer Hall, the Disney Concert Hall and the Sydney Opera House. 8 p.m. FMI and tickets ($25-$45). Also next Friday, April 22 at the Basilica of St. Mary. Want to hear the music?

Sunday at the Sheridan Room: The Listening Room: Fripp and Friends. An evening of music – on vinyl – by King Crimson guitarist Robert Fripp. Ramping up the coolness, it’s at Jon Oulman’s place in Northeast Minneapolis (his other places include the Amsterdam and Como Dockside), and the drink special is the Frippertronic. We dunno, it just sounds like the place to be. 6 – 9 p.m. “Bring your ears and a friend.”