Announced last night after a riveting and gorgeous performance by the Miami City Ballet, Northrop’s 2016-17 dance season features an international parade of 11 dance companies – from Brazil, Canada, France, Israel, Russia, Scotland and South Korea, as well as the United States. More than half will be new to the Northrop stage. Three will perform to live music. Two events, including a celebration of Merce Cunningham, are collaborations with the Walker. There’s a ballet with a beast, and a ballet with a vampire. For two, Northrop asks that you not bring the kids. And if you’re under 30, they have a deal for you.

The season begins Oct. 1 with the return of a Northrop favorite, the contemporary Brazilian dance company Grupo Corpo, whose “Dança Sinfônica” will revisit the group’s repertoire from the last 40 years. On Oct. 20, just days from Halloween, Canada’s Royal Winnipeg Ballet will dance its full-length fantasy “Dracula,” set to music by Mahler performed here by a live orchestra.

On Nov. 12, making her Twin Cities debut, Brooklyn-based Canadian choreographer Aszure Barton and her dancers present her evening-length work “Awáa.” Baryshnikov calls Barton one of the most innovative choreographers of this generation.” Jan. 24, 2017, brings Tel Aviv’s Batsheva Dance Company back to Northrop in a Walker co-presentation of the retrospective “Decadance 2017.”

For more than three months in May 2017, starting Feb. 11, the Walker will devote several galleries to a large-scale Merce Cunningham exhibition. On Feb. 16, France’s CCN-Ballet de Lorraine, making its Northrop debut, will perform Cunningham’s personal favorite “Sounddance” and the Walker-commissioned “Fabrications,” which had its world premiere at Northrop 30 years ago. “Fabrications” will use the original backdrop from the Walker’s Cunningham collection.

Acclaimed young choreographer Brian Brooks and his Moving Company make their Northrop debut April 22 in “Torrent,” which will feature U of M dance students. The 2016-17 season ends with St. Petersburg’s Eifman Ballet, who were here last April dancing “Rodin” and return with “Red Giselle,” the story of a Russian prima ballerina, with music by Tchaikovsky and Bizet.

Season tickets are available now. Singles go on sale June 1. New this season: “30 Under 30.” Anyone 18-30 can buy two $30 tickets to any dance season show 30 days before the performance date. Plus there’s a free drink involved.

After five years at the acoustically lovely, architecturally significant Christ Church Lutheran, the chamber group Accordo is moving to Plymouth Congregational Church for its eighth season.

The 2015-16 Accordo season was three concerts; 2016-17 will be five. Four will take place at Plymouth and one at the Ordway Concert Hall. The Plymouth concerts are Nov. 7 (music by Wolf, Beethoven and Schoenberg), March 13, 2017 (Beethoven, Shostakovich, Schumann), May 15 (Schumann, Hindemuth, Brahms) and June 5 (Mozart, Bach/Sitkovetsky).

The Ordway Concert Hall event takes place Jan. 24, and it reprises (sort of) a concert Accordo performed in January of this year with pianist/composer Stephen Prutsman, where they performed Prutsman’s original scores to two silent films, which flickered on a screen at the back of the stage. (That, BTW, was a fascinating and enjoyable night.) Prutsman returns with his original music for “Sherlock, Jr.” plus a newly commissioned work. 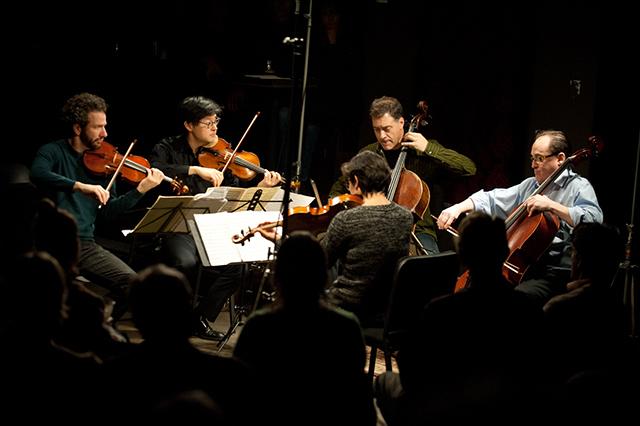 Courtesy of the Schubert Club
Accordo

Accordo’s final concert for 2015-16 (and its last at Christ Church Lutheran) takes place Monday, May 9 at 7:30 p.m., with music by Dvorak and Brahms. Limited availability. They perform the following night at Icehouse, and those tickets sold out ages ago.

Mixed Blood gala to go on at Paisley Park

While mourning the loss of Prince, like the rest of us, Mixed Blood Theatre also wondered what would happen to its 40th anniversary gala. In March, the company announced that it would take place at Paisley Park.

Mixed Blood Managing Director Amanda White Thietje said in a statement, “Since Prince’s tragic loss, the team has struggled with how to respectfully proceed. After working closely with the team at Paisley Park, it is clear to all parties that the event supports the ideals of both Mixed Blood and Prince: a commitment to illuminating and celebrating pluralism, the pursuit of social justice and equity where it cannot be found, and the lifting up of Minnesota artists of color. Mixed Blood is honored to celebrate turning 40 at Paisley Park.”

The party is in three parts: a VIP cocktail reception from 5-6 p.m., with silent auction; Revelry: A Red-Tie Affair from 6-9 p.m., with food stations, drinks, live entertainment and silent and live auctions; and a Late Night Revel after-party from 9:30-11:30 p.m. with dancing to a DJ spinning a Prince tribute, snacks, drinks, and games. FMI and tickets ( $275/$175/$40 after party).

Zoo-ey mama! Children’s Theatre Company’s “Diary of a Wimpy Kid” is such a hit (and deservedly so) that CTC is extending it by a week. Originally set to end June 5, it now runs through June 12. Six performances have been added. Catch it if you can. Here’s what your MinnPost arts columnist thought.

Tonight (Thursday, April 28) at the Loft: Writers in Conversation: On Craft. Award-winning New York Times best-selling author Benjamin Percy (“The Dead Lands,” “Red Moon,” “The Wilding”) and memoirist/novelist Lidia Yuknavitch spill the beans on how they do what they do. Percy will read from his forthcoming book on craft, “Thrill Me,” which Graywolf will publish in the fall. 7-9 p.m. in the performance hall. FMI and tickets ($10). 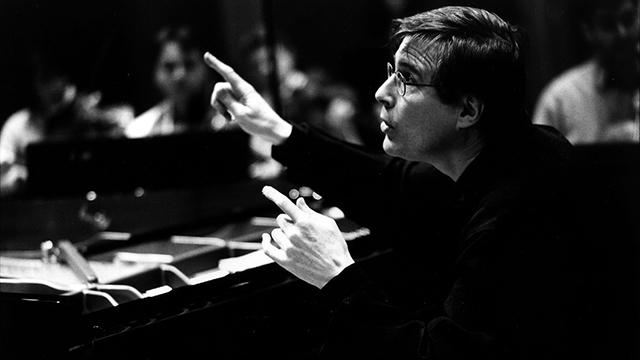 Friday through Sunday: Piano Concerto Festival: Celebrating Christian Zacharias. The celebrated pianist and conductor has been an artistic partner of the St. Paul Chamber Orchestra since 2009. As he winds down his tenure, the SPCO is holding a three-week festival in his honor. In three distinct programs, Zacharias leads the SPCO in music from the Baroque and Classical eras and works by award-winning contemporary composers. Each program ends with a piano concerto. This weekend, he plays Beethoven’s Piano Concerto No. 4; next weekend, Mozart’s Piano Concerto No. 9, “Jeunehomme”; the final weekend, Chopin’s Piano Concerto No. 2. This weekend’s concerts are 8 p.m. Friday and Saturday at the Ordway Concert Hall, 2 p.m. Sunday at the Ted Mann. FMI and tickets (starting at $10).

Saturday at the A-Mill Artist Lofts: Jazz Central Studios Spring Fundraiser/International Jazz Day. In 2011 UNESCO designated April 30 as International Jazz Day, acknowledging the power of jazz to unite people all over the world. A year earlier, in 2010, area jazz musicians Mac Santiago and Tanner Taylor established Jazz Central Studios in Northeast Minneapolis as a rehearsal, recording and performance space for Twin Cities jazz musicians. Taylor has since moved to Iowa and Santiago has continued to hold down the fort, running what became the only full-time, five-nights-a-week jazz club in the Twin Cities when the Artists’ Quarter closed on New Year’s Day 2014. Mac could use a little help and that’s what this benefit is for, so if you’re not going to the International Jazz Day concert at the White House, consider dropping by the A-Mill Artist Lofts to hear a full afternoon of performances by artists including Grammy winner Brian Lynch. 1-6 p.m. FMI and tickets ($25-$30, $50 VIP). 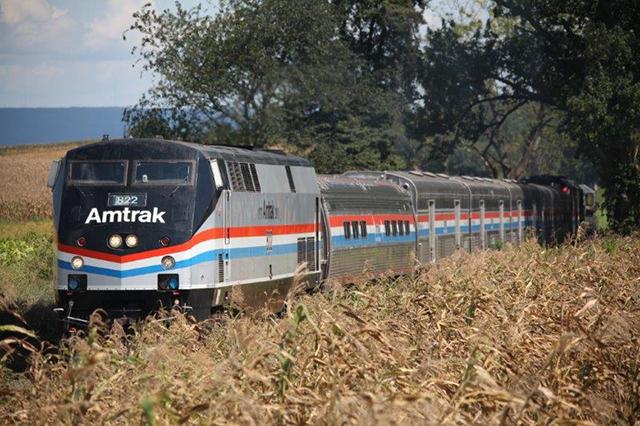 Saturday and Sunday at Union Depot: Train Days. We went last year and still have bright orange memories of vintage trains pulling into the station. This is a jam-packed, fun event for all ages, with exhibits, activities, live music and more. Railroad equipment on display includes the Amtrak Exhibit Train, here (for the first time) for Amtrak’s 45th anniversary. Some events are ticketed, including a Friday night photo shoot on the platform and a yoga class on board the historic Golden Valley Baggage Car, but there are plenty of free things to see and do. Saturday 10 a.m. – 4 p.m., Sunday 11 a.m. – 3 p.m. FMI including advice on avoiding road-closure hell.