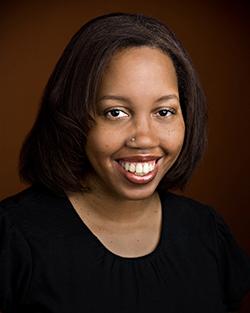 Anyone who recently saw the powerful (and sold-out) play “Nina Simone: Four Women” at the Park Square will be thrilled to hear that playwright Christina M. Ham has been awarded a three-year, $197,000 playwriting residency at the Pillsbury House Theatre, supported by a grant from the Andrew Mellon Foundation.

What started as a pilot program in 2013, putting playwrights on staff in 14 theaters in 11 cities around the country, just named its second cohort of 18 playwright-theater pairs. Nine were repeats from the first time around, including Aditi Brennan Kapil, who will stay on at Mixed Blood, and Kira Obolensky, who will remain at Ten Thousand Things.

How has the first cohort done so far? Speaking locally, since 2013 Mixed Blood has produced four plays by Kapil and two more have been written for coming seasons. Current plans are for three more scripts by Kapil in the second phase of her residency. At TTT, we’ve seen three plays by Obolensky and will see three more; her next, “The Changelings,” opens May 13, to be followed by “Park and Lake,” a devised work with a group of TTT comedic actors, and “a nonmusical musical.”

The playwrights aren’t only writing plays. As staff members, they’re involved with the everyday life of their host theaters. They’re working on communications strategies, social media, audience building and new initiatives. And they’re paid a salary, with benefits, almost unheard of for playwrights today.

In a statement issued by Mellon, Pillsbury House Artistic Director Faye Price said, “It’s important to be able to provide playwrights with a place they can call home, a place where they can practice their craft and feel that artistically, someone has their back.”

During her residency, Ham will write two new plays that Pillsbury House will produce. Her new drama “Scapegoat,” directed by Marion McClinton, opens there on May 27.

Not to toot our own horn or anything – that would be so un-Minnesotan – but we can’t help noticing that Minneapolis has more Mellon playwrights-in-residence than any other city in the nation.

As mentioned above, a Mellon residency is about more than writing plays. For Kira Obolensky, it’s also about exploring new plays with interested playgoers. She’s starting something called “Play Local!” as a way to make that easy and fun, with a taste of insider. Beginning in May, she’ll plan excursions and serve as “tour guide” to the local playwriting scene.

On Sunday, May 15, you’ll meet for coffee and treats at Kira’s house, then attend the 4 p.m. performance of her new play “The Changelings” at Bedlam Lowertown. On Friday, June 17, you’ll meet with playwright Christina Ham at 6 p.m. for a happy hour and discussion at Pillsbury House, then see her new play “Scapegoat” at 7:30.

The size of the party is limited to 15. First come, first served. You pay for your ticket and, at Pillsbury Center, your happy hour drinks. Interested? Email Amy Tang (atang@tenthousandthings.org). 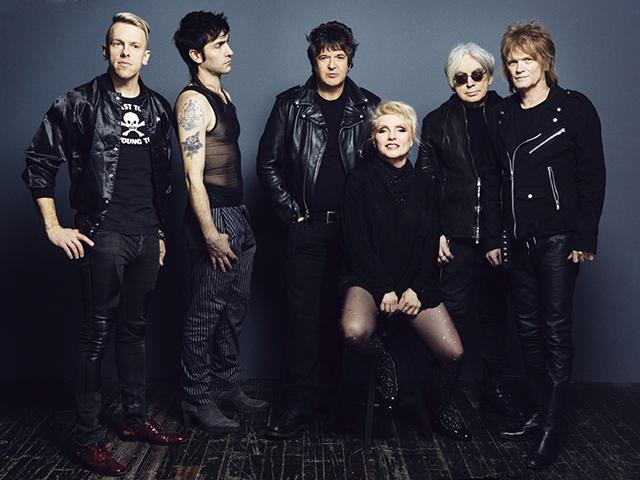 Courtesy of the artist
Blondie

Blondie at the Zoo? Yes, on June 11. Announced Monday, this year’s Music in the Zoo lineup is the usual blend of genres and temptations. There’s something for almost everyone in the series’ 24th year in the Weesner Family Amphitheater, the outdoor stage among the tigers and monkeys and bears.

Along with Morris Day, local stars Soul Asylum, the Jayhawks and Har Mar Superstar will get their nights under the stars on June 18, July 1 and and Aug. 20, respectively.

If you haven’t yet checked out a concert at the Zoo, you might give it a try this summer. The whole experience – the crowd, the concrete bleachers, night slowly falling around you – is a Minnesota pleasure. Tickets go on sale Saturday, April 23, at 10 a.m. online here or here, in person at Electric Fetus in Minneapolis or by phone at 1-800-514-3849 (Etix).

Tonight (Tuesday, April 12) at Nautilus Music-Theater: “The Fantasticks.” We fell madly in love with Ben Krywosz’s unorthodox take on this chestnut of a musical. Casting long-married couple Gary Briggle and Wendy Lehr as young lovers Matt and Luisa (ages 20 and 16 in the play), sisters Jennifer Baldwin Pedin and Christina Baldwin as the fathers, William Gilness as the seductive, sinister El Gallo and Brian Sostek as “The Actor Who Dies,” a delightful and truly hilarious role, Nautilus’ artistic director made us pay attention differently. Was it weird when Wendy Lehr sang “I’d like to swim in a clear blue stream … just once before I’m old”? And when the lovely Baldwin sisters acted like interfering dads? A little, but only briefly. They had us at “Try to Remember,” the opening song, performed here by the cast (not only El Gallo) as an invitation to join them on this unique adventure. The intimacy of the theater (a black box in Lowertown), the simplicity of the set and costumes, the presence of live musicians (pianist and harpist, on a platform to one side of the stage), the poignancy of the play, and the evident affection, conviction and joy everyone brings to this production – informed by their real-life loving relationships – combine to create a tender magic. This one is special, and it ends very soon. FMI and tickets ($35-$40). Closes April 19. 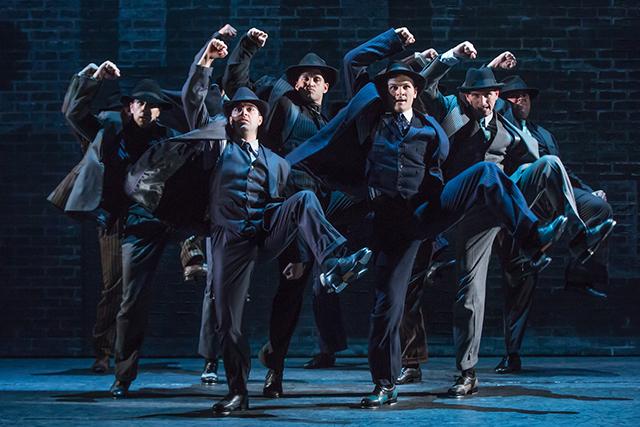 Photo by Matthew Murphy
The cast of “Bullets Over Broadway”

Opens tonight at the Ordway: “Bullets Over Broadway.” Written by Woody Allen, based on the screenplay for his 1994 film, this witty musical comedy won critical raves and six Tony nominations during its original Broadway run. Jeff Whiting, director for the touring production, worked on the Broadway show, and we’ll see the original Broadway costumes. The music – songs from the 1920s – is right up trad jazzer Allen’s alley. This is the Midwest premiere, and Emma Stratton (diva Helen Sinclair in the show) is a Minnesota native. 7:30 p.m. FMI and tickets ($37-$111). Through Sunday, April 17.

Tonight and tomorrow at the Dakota: Taj Mahal. The legendary artist moves into the Dakota for two nights with his own blend of blues and roots – music drawn from America, West Africa, the Caribbean, Latin America, Europe, the Hawaiian Islands and wherever he roams. 7 and 9 p.m. FMI and tickets ($35-$65).

Wednesday at the American Craft Council: In the Outdoors with Duluth Pack. You’d think the the ACC would take a little time off after hosting last weekend’s big craft show at RiverCentre, but nooo. Its Library Salon Series continues in its Northeast Minneapolis HQ with a public conversation with Ryan Hanson of Minnesota makers Duluth Pack, whose U.S. made, guaranteed-for-life gear is part of our state’s outdoor experience. Doors at 6:30, program at 7. Social hour after at the Community Keg House nearby. 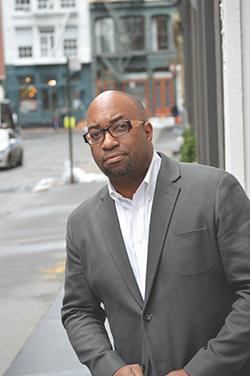 Saturday at the U’s Elmer L. Andersen Library: Kwame Alexander Book Launch Event. Poet, author of 18 books, winner of the 2015 Newbery Medal (for “The Crossover”), founder of the student-run publishing program Book-in-a-Day and the international literacy project LEAP for Ghana, literary powerhouse Alexander will launch his new title, “Booked,” and sign copies. This event is free, open to the public – and at capacity for advance registration. But some people might not show up (which often happens at free events) so it’s worth taking a chance. Room 120. Doors at 9:30 a.m., reading from 10-11, signing from 11-noon.