Shakespeare’s “Pericles” will never be as popular as “A Midsummer Night’s Dream,” but we’re about to see the second Twin Cities production in the same calendar year. Less than nine months after Joe Haj made his Guthrie directorial debut with this (usually) rarely performed play, Ten Thousand Things will launch its 2016-17 season in October with its own take on the Prince of Tyre.

“When we applied for our National Endowment for the Arts grant to do ‘Pericles’ well over a year ago, we obviously didn’t know Joe Haj would be bringing his wonderful production to the Guthrie,” TTT’s artistic director Michelle Hensley said in a statement. Her version, with Ansa Akyea as Pericles, “will bring particular attention to the plight of women in this play, whose misogyny often goes unexamined.”

February brings “Fiddler on the Roof” to TTT’s several stages – prisons, housing projects, homeless shelters and other nontraditional spaces, along with public performances at Open Book and possibly other venues still TBD. Steven Epp will star as Tevye, Thomasina Petrus as his wife, Golde. Epp last appeared with TTT in “Man of La Mancha.”  A racially diverse cast will give this classic musical a new look and feel, as will TTT’s stripped-down staging.

The final play of the season begins in May, when guest director Austene Van directs Lynn Nottage’s “Intimate Apparel,” about an African-American seamstress in the early 1900s. Aimee Bryant stars.

Tickets to the season will go on sale in August.

P.S. It’s actually really interesting to see the same play done by two different theaters within a fairly short period of time. In early 2013, the Guthrie staged Eugene O’Neill’s “Long Day’s Journey into Night.” Soon after, so did the short-lived Gonzo Group Theatre. The Guthrie’s play was on its big thrust stage; Gonzo Group’s was in the main hall of the James J. Hill House. The Guthrie’s cast was led by Helen Carey and Peter Michael Goetz, Gonzo’s by real-life married couple Claudia Wilkins and Richard Ooms, with their son, Michael Ooms, playing the role of Jamie. It was a lot of O’Neill to sit through but we’re glad we did.

If you missed Nautilus Music-Theater’s unusual and wonderful staging of “The Fantasticks,” which was supposed to end Tuesday night, you can stop kicking yourself. Two performances have been added: this Friday, April 22 and Sunday, April 24, both at 7:30 p.m.

And both during the St. Paul Art Crawl, so if you start looking for parking now, you might get lucky. Take public transportation if you can.

We loved it. Here’s background. Tickets here ($40). It’s a small, intimate space so you might want to jump on this. The theater added standing room to Tuesday’s show.

Things haven’t looked good for the Minnesota Centennial Showboat for some time. Flooding forced the cancellation of much of the 2014 season. The resulting financial shortfall, plus deferred maintenance issues, led to the whole 2015 season being canceled. On Sept. 30, the 15-year agreement between the University of Minnesota and the City of St. Paul for docking the Showboat at Harriet Island will end.

So will a 57-year summer tradition of 19th-century melodramas presented by U of M students. The final curtain will fall on Aug. 27 after 60 performances of Augustin Daly’s “Under the Gaslight,” a runaway hit in the Showboat’s inaugural summer of 1958, being brought back for a nostalgic farewell.

John Miller-Stephany will direct and Vern Sutton will helm the olios, the popular between-acts songs, skits and dances. Sixteen Centennial Showboat Players will bring the play to life in a theater where time stands still: styled after a vaudeville house, with painted scenery, footlights and live piano accompaniment.

In recent years, ticket sales, which funded production costs, repairs and improvements, have declined dramatically; the U does not provide support for the Showboat’s maintenance and operating costs. Meanwhile, the theater department wants to move away from old-fashioned plays and their problematic conventions – like damsels in distress and the heroes who rescue them. The U and the City of St. Paul are working together on alternatives for use of the Showboat, and the College of Liberal Arts has begun the process of transferring ownership to another entity.

New music and the SPCO

Monday’s announcement that composer Timo Andres’ “The Blind Banister” had been named a Pulitzer Prize finalist was a good excuse to ring Kyu-Young Kim, artistic director and principal violin for the St. Paul Chamber Orchestra.

Andres’ work was co-commissioned by the SPCO and heard here first in November in a world premiere performance. Kim is responsible for the orchestra’s artistic vision and works with its Artistic Vision Committee on programming.

The SPCO is deeply committed to presenting new music. “Our mission is advocating for the art form,” Kim said. “If you believe that the art form is alive, you can’t only play music by people who are dead.” Each year, the orchestra commissions three to six new works. Many of its concerts include commissions, co-commissions and contemporary music in among the Bach and Beethoven, Mozart and Mendelssohn. “What we offer to the community is great music over a huge span of time, from late Renaissance and Baroque all the way to music of living composers.” 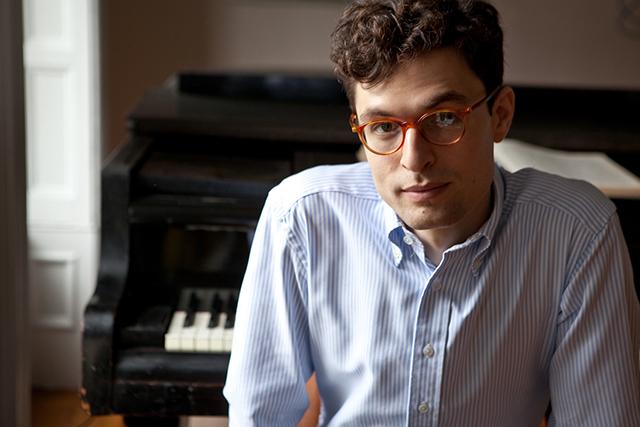 Not all audience members are thrilled. Before the start of a concert that included works by Haydn, Beethoven and contemporary composer Michael Hersch, we overheard someone say, “Well, two out of three isn’t bad.” Full of grief, pain and fury, the Hersch violin concerto was not an easy listen. Kim called it “one of the most challenging pieces we’ve ever done. It’s not for everybody. But you can say that about a lot of great works of art.”

Kim also pointed out that some SPCO audience members “crave new experiences. Artists who can be controversial, and music that can be controversial, really appeal to certain people. If you present an overture, a concerto and a symphony, they’re going to have no interest in coming to see that.”

It’s been interesting to see how the SPCO programs new music. From 2005-2012, its “Engine 408” series, held in the Hamm Building, featured only new music, mostly from the European avant-garde. Ultimately, the audience was too small for the series to continue, and the decision was made to incorporate new music more broadly into the full concert series. These days, new music is most often part of a concert sandwich or mille-feuille – a cake of many layers.

Andres’ “The Blind Banister,” inspired by Beethoven’s Piano Concerto No. 2, came after a Mozart quintet and before the Beethoven. (The Andres was the first of five co-commissions in a multiyear project with pianist Jonathan Biss exploring Beethoven’s piano concertos. Four more composers from around the world have been commissioned to write new works.) The Hersch, written for violinist and SPCO artistic partner Patricia Kopatchinskaja, was between a Haydn symphony and Beethoven’s violin concerto.

For concerts last weekend, Kopatchinskaja alternated movements from Baroque composer Heinrich Biber’s “Battalia,” about life at an army camp, with movements from American avant-gardist George Crumb’s “Black Angels,” inspired by the war in Vietnam. Massaged during rehearsals with the orchestra, the two works, almost four centuries apart, illuminated each other, creating what Kim described as “a world premiere performance on the theme of war.” The new arrangement was exciting and profound and listenable, even if you’d never heard a note of Crumb in your life. The Biber – rhythmic and melodic, with that familiar Baroque sound – made the shrieks and buzzes of the Crumb less intimidating.

Don’t worry; the SPCO will continue to play the classics we know and love. “Sometimes you want to hear a Beethoven symphony and enjoy it for what it is – a great work of art that should be heard in a live, exciting performance,” Kim said. And let’s not forget that older works were once new and untried.