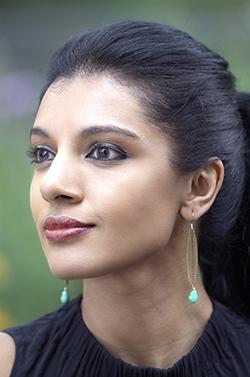 In February, Ramaswamy, a first-generation Indian-American whose work marries the aesthetics of both nations, presented her latest solo dance, “They Rose at Dawn,” at the Cowles after wowing critics and audiences in New York City. Coming to the Cowles in January: “Written in Water,” a large-scale, multidisciplinary work by Ranee and Aparna, inspired by a second-century Indian board game and a 12th-century Sufi text, featuring an original music score performed live. Ramaswamy’s creative practice is rooted in Bharatanatyam, an art form and a living tradition that reaches back two millennia. 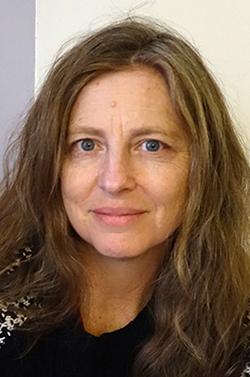 Experimental dancemaker Morgan Thorson creates original works that combine movement, light, sound and objects while considering the performance site, the representation of the body and the history of the field. She searches simultaneously for the edges and center of dance. In “Faker” (2006), she used mimicry, narrative and song to demystify practices within dance; her ongoing installation “Still Life” uses time as a subject. Last summer at the Weisman, “Still Life” was presented as a series of five-hour marathons at the Weisman.

Since 2011, the Doris Duke Performing Artists Awards (DDPA) program has awarded more than $27 million in direct funding to 101 artists, changing lives, opening doors and providing a measure of security for the future. The foundation will continue to support individual artists through other programs, including, starting in 2017, the United States Artists Doris Duke Fellows awards. Like the Artist Awards, they will go to artists in jazz, dance and theater.

CORRECTION: We’ve heard from Janie Geiser (theater). She has indeed been here, performing at the Walker and serving on a panel at Open Eye Figure Theatre. Her films have screened in both places.

Following the announcement in April of its new Level Nine initiative – a plan to put the 200-seat Dowling Studio in the spotlight, with help from a $1 million Mellon grant – the Guthrie has revealed its 2016-17 lineup of six shows by local theater companies.

The season begins Sept. 16-25 with zAmya Theater Project’s “Home Street Home: Minneapolis,” a hyper-local conversation on housing and homelessness, written with playwright Josef Evans and inspired by interviews with people who live, work, play and pray downtown. zAmya is a program of St. Stephen’s Human Services. Nov. 18 – Dec. 4: 7th House Theater presents the world premiere of a yet-to-be-named new musical about a young woman confronting her past and mortality. 7th House was previously at the Dowling with “Jonah and the Whale: A New Musical” and “The Great Work.”

From Jan. 27-Feb. 12, 2017, the physical theater ensemble Transatlantic Love Affair will present a yet-to-be-named new work in the Dowling that re-imagines the story of Hansel and Gretel as a tale of immigration. Transatlantic’s earlier original works include “Ballad of the Pale Fisherman” and “Ash Land.” March 17-April 2 brings The Telling Project back to Level Nine with “Echo War,” a play about veteran suicide and the value of life. The Telling Project puts military veterans and family members on stages in communities across the country to tell their stories.

From May 12-28, Mu Performing Arts gives the regional premiere of Lloyd Suh’s “Charles Francis Chan Jr.’s Exotic Oriental Murder Mystery,” a look at how Asian-Americans are characterized and caricatured in popular culture. Closing the season, the New Griots Festival, July 6-16, will highlight, celebrate and advance the careers of emerging black artists in the Twin Cities. Programming will be chosen by director/playwright Jamil Jude, actress Jamaica Meyer and playwright Josh Wilder; participating artists will receive two performance slots over two weekends.

Single tickets to everything are $9, the Dowling’s new pricing plan. They go on sale July 20. Season passes are available now to 2016-17 Guthrie season ticket holders, and to new patrons starting May 19. FMI.

Tonight (Wednesday, May 4) at Gallery 71: Opening reception for “Would.” Gallery 71 is a new exhibition space in an unexpected location: the 71 France building of upscale apartments in Edina, near Lunds & Byerlys. This is its third exhibition since opening, with work by Jenny Nellis, Jim Sannerud and Beth Dow. Mary Bergs is curator. 6:30-9 p.m. Free and open to the public. 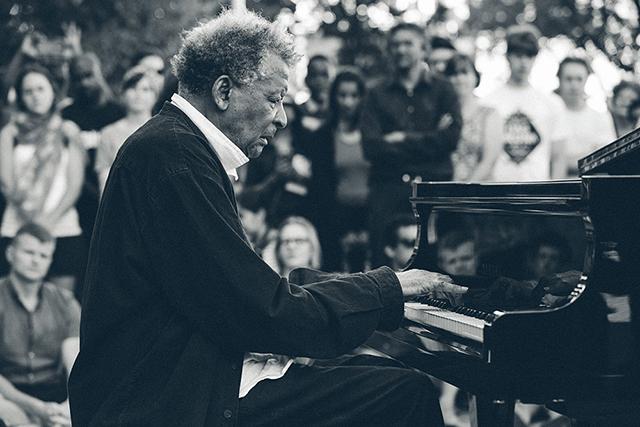 Courtesy of the artist
Abdullah Ibrahim

Tonight at the Dakota: Abdullah Ibrahim. The great South African pianist and composer, now 81, has a sublime and expressive touch and a spirit that fills the room. And he hardly ever, almost never performs here. We’re trying to remember the last time we saw him live; was it really at the Bandana Square Dakota in 2003? It might have been. He made us weep. He’s bringing his group Ekaya, with Beldon Bullock on bass, George Gray on drums and a four-person horn section. Nelson Mandela once called him “South Africa’s Mozart,” which sounds about right. One night, two sets. 7 and 9 p.m. FMI and tickets ($30-$50).

Thursday at the U’s Continuing Education and Conference Center: Headliners: “The Anti-Campaign.”  Award-winning Humphrey School political scientist Larry Jacobs weighs in on the 2016 U.S. presidential election, the rise of Donald Trump and the success of Bernie Sanders. Maybe he’ll also talk about how we woke up one day and found ourselves living on Mars. On the St. Paul campus. 7 p.m. FMI and tickets ($20). Register here.

Friday at the Loft: Book Talk: A Dialogue with Andrea Davis Pinkney. Anyone who’s interested in writing for children and young adults should run, not walk to this conversation between Lisa Von Drasek, curator of the U’s Children’s Literature Research Collections (including the Kerlan Collection), and Pinkney, an award-winning, New York Times best-selling author of more than 30 books for kids, editor at Scholastic and one of the “25 Most Influential Black Women in Business,” according to the Network Journal. 6:30 p.m. Free.

Friday at St. Andrew’s Lutheran Church in Mahtomedi: Max Reger Centenary Festival Concert and Reception. A free concert by Twin Cities American Guild of Organists members, performed on St. Andrew’s four-manual, 108-rank 1927 Casavant/2007 Schantz organ. Reger (1873-1916) was one of the most influential and prolific German composers of his time; Arnold Schönberg considered him a genius. Along with the organ, you’ll hear some piano, clarinet and voice. 7:30 p.m.

At “Five Fifths of Titanic,” a May 9 benefit for the Minnesota Fringe, five local performance groups will each have a go at reinterpreting James Cameron’s blockbuster film, then come together on the Illusion Theater stage for a final mash-up. As of Tuesday, only 50 tickets remained; at $40 instead of $50, they’re four-fifths the original price. With Ethel-Ready Productions, Sparkle Theatricals, LandmanLand, Comedy Suitcase and Ben San Del Presents. Post-show party follows in the Titanic Lounge of Kieran’s Irish Pub. FMI and tickets.