There’s a painting in a bar in Northeast Minneapolis that writer Andy Sturdevant calls the city’s “most beloved artwork.” In his book “Potluck Supper with Meeting to Follow,” he makes a convincing case for putting it above “Spoonbridge and Cherry” in the Sculpture Garden, Rembrandt’s “Lucretia” at Mia, and other popular bar art including the Black Forest’s bullet-ridden Richard Avedon photograph.

What makes New York-based artist John Bowman’s “Crossings,” which hangs on a wall at the 331 Club, so special? It’s dark, it’s mysterious, it’s painted on a door turned sideways – and nobody who sees it forgets it, even if they don’t know its title or the artist’s name.

Starting tonight, spanning Art-A-Whirl and continuing into the summer, Jon Oulman is showing us more of Bowman’s work in a sprawling multivenue exhibition titled “After Crossings.” You’ll find Bowman’s paintings in the 331 Club and its next-door neighbor, the Sheridan Room; the Amsterdam in St. Paul; Como Dockside at the Como pavilion; and pop-up galleries that will appear when and where TBA (including an old bus).

Oulman is co-owner of all those places, but he hasn’t always been (and has never only been) what he calls a “restaurant guy.” He’s been on the Twin Cities arts scene long enough to remember when the Minneapolis Warehouse District had art crawls instead of sports bars, when there were dozens of galleries, including his, in and around the Wyman Building.

Oulman first met Bowman and showed his work in the 1980s. Today he hangs paintings instead of TVs in his music clubs, bars and restaurants, and he’s on to something there. Studies have shown that a museum visitor typically spends 28 seconds in front of a masterpiece before moving on. (At the Louvre, the average is 15 seconds before the “Mona Lisa.”) Almost anyone who has stopped into the 331 Club for a beer has spent more time looking at “Crossings,” which has been there since the club opened in 2005, and how many thousands – tens of thousands – of people have seen it?

You probably won’t get too close to “Crossings” this weekend, in the crush of Art-A-Whirl (with live bands nonstop on indoor and outdoor stages, the 331 has become the festival’s Music Central), but you can catch glimpses and return for more another time; Bowman’s works will be on view (and for sale) for a few weeks more.

Before the whirl, there’s an opening and welcome with Bowman tonight (Thursday, May 19) at the Sheridan Room from 6 to 9 p.m.; away from the whirl, there’s a farewell with the artist from 4-6 p.m. Sunday at Como Dockside. A limited-edition booklet with Sturdevant’s “Potluck Supper” essay, new interviews with Oulman and Bowman, and images of several Bowman paintings has been created for the exhibition and will be available at all the venues for $5. FMI.

Robert Redford. At the Walker. In November.

We’re officially star-struck. The next installment in the Walker’s ongoing Dialogue and Retrospective series features Robert Redford, filmmaker, actor, activist, Sundance founder and still with those amazing blue eyes. (Well, they are.) Starting this fall, the Walker will show a selection of his films; in November, Redford will be here for an on-stage conversation. Tickets for the films go on sale in August, for the dialogue sometime in September. We’ll let you know the details as we hear them. 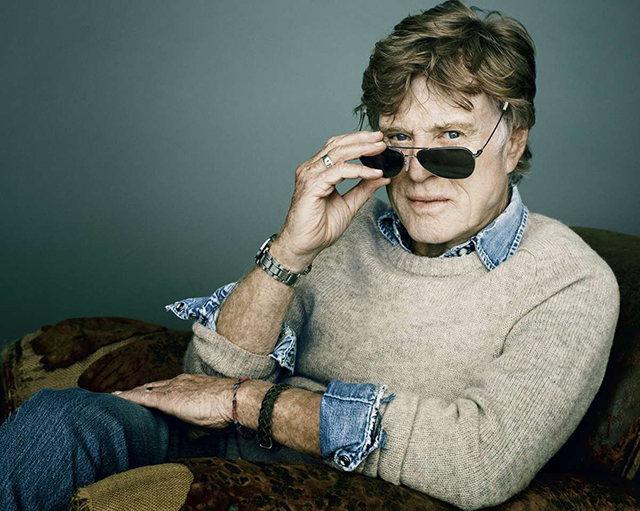 Cantus and Chanticleer, together at last

In other big news – in the choral world, admittedly a bit different from the Hollywood blockbuster movies world – our own exquisite male vocal ensemble Cantus will perform its first-ever concert with Chanticleer, the world-famous, Grammy-winning “orchestra of voices,” right here in Minneapolis.

It all started with a chance meeting in a bar in Newport News, Virginia, and an impromptu performance of Biebl’s “Ave Maria” (something we should all be ready to sing at a moment’s notice), and now they’re meeting at Orchestra Hall on Monday, Oct. 3, for a one-night-only concert.

Tickets ($30-$250) are on sale today. If your eyebrows shot up at $250, this is one of two sponsor-level ticket prices, and a portion of each is a tax-deductible donation to Cantus. The $250 level includes premiere seating, free parking, complimentary drinks during an intermission and an invitation to the post-concert celebration with Cantus and Chanticleer. The $125 level includes preferred seating, complimentary drinks and the post-concert bash.

OK, one more: the Barefoot Contessa

Ina Garten, a.k.a. the Barefoot Contessa – a former Washington, D.C., budget analyst under Presidents Ford and Carter, now a New York Times bestselling cookbook author and Emmy-winning star of her own cooking show on the Food Network – is about to release her 10th cookbook, “Cooking for Jeffrey.”

Jeffrey is her husband, who doesn’t seem to love being on camera but tolerates it to support her and, of course, continue being cooked for. He’d be a fool not to.

A book tour this fall will bring Garten to the State Theatre on Thursday, Nov. 10, for an onstage interview. Signed books will be available. Tickets ($40-$80) go on sale next Friday, May 20, at 11 a.m., but a presale is happening now, through 10 p.m. today; use the offer code INA. How easy is that? (P.S. You can also use the presale code at the State Theater box office today and save on fees.)

Friday at Summit Beer Hall & Patio: Cantus sings excerpts from its upcoming “Covers” concert. Whet your appetite for its June performances of the Beach Boys’ “Pet Sounds” (and maybe get inspired to order those Cantus/Chanticleer tix for October). 6-8 p.m. Free.

Friday at Jazz Central Studios: Michael O’Brien & Latin Jazz Quartet. New York-based, Minnesota-born bassist O’Brien is back in the Cities, visiting and playing several gigs with his many friends. On Friday he’s the featured artist with the Latin Jazz Quartet, with Geoff Sen on trumpet, Mac Santiago on drums, Joe Strachan on piano and Babatunde Lea on congas. 8-10 p.m. $10/$5 with student ID.

Friday through Sunday in Northeast Minneapolis: Art-A-Whirl. For its 21st year, the nation’s largest open studio tour expects 50,000 people to visit its more than 50 locations (including homes, storefronts, and whole buildings full of artists’ studios), view art by over 600 artists working in 20+ mediums including painting, printmaking, photography, glass, sculpture and clay, and maybe even buy some art. Art-A-Whirl has become such a party, with live music everywhere at restaurants and brewhouses, and amazing people-watching and cool free trolleys, that it’s easy to forget that artists need to eat. Look around, fall in love with something, talk to the artist, whip out your cash or credit card and bring it home. Plan your visit with help from the excellent website, downloadable map, brand-new app, and/or old-school printed artist directory and guide, available at three information booths. Save parking headaches and get the Metro Transit pass. And oh BTW, some of the bands/musicians playing this year are Brass Messengers, Patty and the Buttons, Jeremy Messersmith, Sonny Knight & The Lakers, Molly Dean, Charlie Parr and Dosh. 5-10 p.m. Friday, noon-8 p.m. Saturday, noon-5 p.m. Sunday. 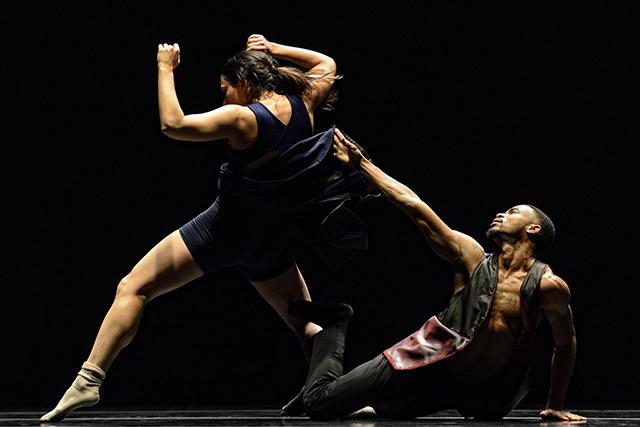 Saturday at Minnehaha Park: Little Free Library Festival. Did you know that Little Free Libraries got their start in Hudson, Wisconsin, in 2009? That there are now more than 36,000 registered Little Free Libraries in the world? That the people who have tried to shut them down are party poopers who should get a life? On Saturday, fans, friends and book lovers will gather at the park near the falls for the first-ever Little Free Library Festival and a day full of activities including a Tutus-on-Wheels fundraiser, a Canine Costume Parade, poetry, puppets, storytelling, live music and a 100-Library Build. Special guests include Larry Long, Dan Chouinard, T. Mychael Rambo, Ann Reed, Prudence Johnson and The Brass Messengers. 10 a.m. – 4 p.m. FMI. Free. 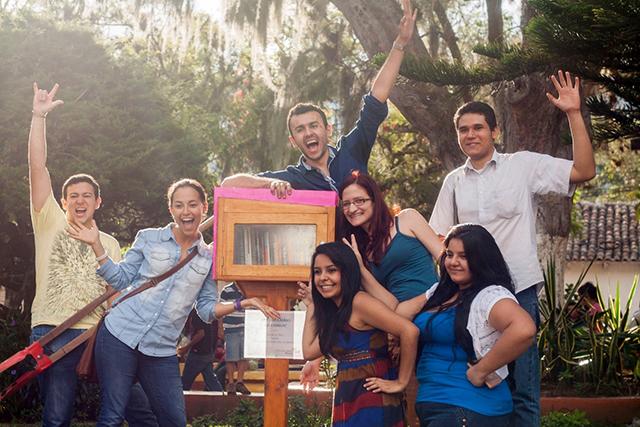