The Bakken Museum on the west side of Lake Calhoun has a prestigious new partner: the Smithsonian Institution. The Bakken was just named a Smithsonian Affiliate, which gives the former access to the latter’s considerable resources, including its 136-million-object collections, scholarships and educational opportunities for staff, traveling exhibits and membership benefits. The two will begin pursuing collaborations.

There are currently more than 200 Smithsonian Affiliates in 45 states, Puerto Rico and Panama. Effective June 1, the Bakken will expand its hours to include Sundays and modify its admission prices to make it more affordable for more people.

The Science Museum’s mummy is younger than we thought

Younger by several centuries, in fact. Everyone always assumed that the mummy, acquired by a Science Museum trustee during the 1920s “Tutmania” craze, dated from the 18th dynasty (1550-1295 BCE). The latest round of testing – carbon dating – shows that he died and was mummified during the Greco-Roman period (1st century BCE – 1st century CE).

“This opens up all sorts of new avenues for research and interpretation,” Dr. Ed Fleming, the museum’s curator for archaeology, said in a press release. “Finally, we can definitively place him into time and interpret him according to the politics and society of ancient Egypt from when he lived.” For example, now we know that he would have been alive during the time of Cleopatra, Julius Caesar and Caesar Augustus.

The mummy is displayed on level 4 of the museum. The labels will be updated, and volunteer staff will have new information to share with visitors. 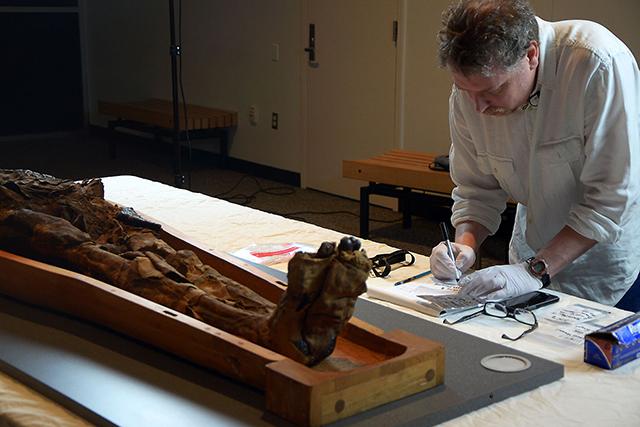 ‘A Prairie Home Companion’ at the Fair

He’s hosted his final “A Prairie Home Companion” at the Fitzgerald Theater and another added show at the State Theatre in Minneapolis last Saturday. Starting May 28, he’ll host a series of live broadcasts from other states: Virginia, Georgia, Illinois, Missouri, Massachusetts, California. His final broadcast – from the Hollywood Bowl – airs July 2. Mandolinist and MacArthur fellow Chris Thile is queued up to take over as host beginning Oct. 15.

But Garrison Keillor isn’t quite through with Minnesota. On Friday, Sept. 2, he’ll host something called “The Minnesota Show” at the State Fair Grandstand. The description on the APHC website promises “comedy, songs, Guy Noir, news from Lake Wobegon, and a Ten-Thousand-Voice Choir.” It won’t be broadcast live, but it will be recorded for broadcast on Sept. 3.

Although this year’s MSPIFF presented fewer films than in past years, most played twice (and some three times) instead of just once. The festival expanded to more venues (including the Uptown Theatre, Metro State in St. Paul and McNally Smith) and launched a new Tribute program (the first honoree: Canadian-Indian director Deepa Mehta). Some 45,000 people turned out for more than 400 screenings, events, discussions and parties.

A new artistic director for the Bach Society

The Bach Society of Minnesota has a new artistic director. Effective June 1, Montreal-based conductor, recorder and flute player, composer and Bach specialist Matthias Maute will take over from retiring AD Paul Boehnke, who has led the Society for nine seasons.

Maute, co-artistic director of the Montreal Baroque Festival since 2014, leads and tours extensively with Ensemble Caprice, performs as a member of REBEL and often appears as guest soloist and conductor with the world’s leading baroque ensembles. In 2009, he won the JUNO Award (Canada’s Grammy) for Best Classical Album of the Year. He is considered one of the greatest recorder players on the North American musical scene.

Both the Minnesota Orchestra and the St. Paul Chamber Orchestra are nearing the ends of their 2015-16 seasons. Both will perform their season finales over the second weekend of June. The Minnesota Orchestra will take its Symphony for the Cities tour the week of June 27, will return for Sommerfest in July, will play a European Tour Send-Off concert in August and will open its 2016-17 season Thursday, Sept. 22. Following its season finales in June, we won’t see the SPCO again until Sept. 9.

You might want to look at the concert calendars for both, find something you like, see if tickets remain (several concerts are already sold out) and go.

In neighborhoods and at the Ordway Concert Hall this weekend, the SPCO plays Handel, Purcell and Dowland with guest conductor Laurence Cummings. For the Chamber Music Series on the first weekend of June, Mischa Santora will lead Wynton Marsalis’ “A Fiddler’s Tale” in three neighborhood locations. The season finale concerts with Patricia Kopatchinskaja (and a tango dancer) are sold out, but you can add your name to the wait lists.

Tonight at Magers & Quinn: Linda LeGarde Grover reads from “The Road Back to Sweetgrass.” Set in northern Minnesota, Grover’s novel follows three American Indian women from the 1970s to the present across love, hardship, loss and changing family dynamics on the fictional Mozhay Point reservation. The author is an Ojibwe Indian and professor of American Indian Studies at UMD. 7 p.m. Free. 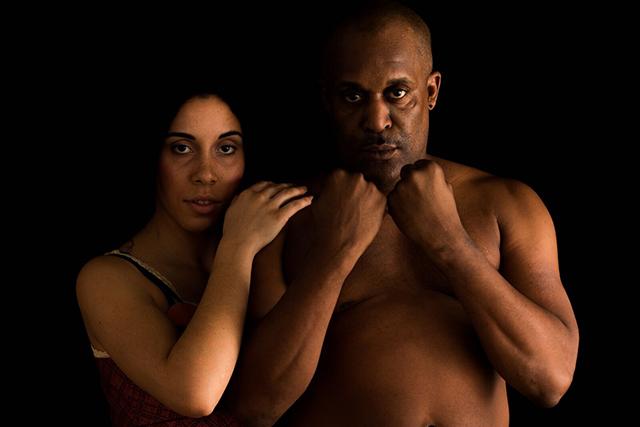 Tonight at Park Square Theatre: Sandbox Theatre’s “Queens.” Part of Park Square’s Theatre in Residence series, Sandbox has created an original new play, from scratch, about an aging African-American boxer in the early 1900s, fighting for his place in Jim Crow America. A world premiere on the Andy Boss stage. 7:30 p.m. FMI and tickets ($5-$60). Ends June 4.

Opens Friday at the Film Society’s St. Anthony Main Theatre: “Blue Velvet.” All we remember about this disturbing film is the Bobby Vinton song and Dennis Hopper huffing something through a medical mask. David Lynch’s creepy crime flick is having its 30th anniversary theatrical re-release, and since a lot of experts consider this his greatest film and rank it among the best films of all time, you probably should see it on the big screen. With Kyle MacLachlan, Laura Dern and Isabella Rossellini. FMI including trailer, screening times and tickets ($8.50, $6 matinees, $5 Tuesdays). Ends June 2. (Is MacLachlan holding a human ear in the photo on the Film Society’s website? He is.)

Friday at the Minnesota Zoo: Adult Night Out. Not that there’s anything wrong with kids, but the zoo is a different animal when you’re walking around with a cocktail in your hand. Maybe you’ll see the new baby bison, born April 30. Look for him – and other examples of what’s now the National Mammal of the United States – along the Northern Trail. Adult Night Out is 18+ to attend, 21+ to drink. 5-7:30 p.m. Register here ($10, free for members) or buy tickets at the door.

Friday at The Museum of Russian Art: Minneapolis Guitar Quartet. Music of Bach, Piazzolla, Mussorgsky and other composers, performed in the beautiful museum at the corner of 55th and Stevens, just west of 35W. The Minneapolis Guitar Quartet is Joseph Hagedorn, Benjamin Kunkel, Wade Oden and Maja Radovanlija. 7 p.m. FMI and tickets ($20; $18 for members). TMORA recently announced that Nikolai Baskakov’s “Milkmaids, Novella,” long a symbol of the museum, is now part of the permanent collection, a gift from its owner.

So hot that when you read this, they may already be gone. Angels & Demons Entertainment, a new production company co-founded and run by opera director Bob Neu and baritone Gabriel Preisser (who also serves as executive and artistic director of Opera Orlando), is presenting a site-specific production of Mozart’s “The Marriage of Figaro” at the James J. Hill House in July. The locations of the four acts from Mozart’s score will be duplicated in the Hill House, and the audience will follow the action from room to room. The cast includes Preisser as Figaro, Karen Wolverton as the Countess, Andrew Wilkowske as the Count, Tess Altiveros as Susanna and Adriana Zabala as Cherubino. Neu is the stage director, Mary Jo Gothmann the music director. Four nights only – July 9, 10, 14, 15 – at 7 p.m. As of yesterday (Wednesday), July 9 was sold out, July 10 and 14 nearly so. FMI and tickets ($150).

Correction: An earlier version of this article referred to the Bakken’s new status as a Smithsonian Affiliate a first in Minnesota. However, the Stearns History Museum was named an affiliate in 2013.