Maybe you’ve been following the Star Tribune’s coverage of the troubled ex-megachurch in Arden Hills. North Heights Lutheran, formerly one of the nation’s biggest ELCA congregations, with more than 7,000 members and a huge staff, had crumbled from within. Conflicts over social issues, financial problems, overbuilding and sexism were blamed, along with “selfishness and pride.” Dissenters with bullhorns had shown up at services, then broken away to worship elsewhere. The church held what was to be its final service on March 13. (It reopened in April under new leadership.)

A schism at a megachurch is the unlikely topic of a gripping play being presented by Walking Shadow in association with Mixed Blood Theatre. In Lucas Hnath’s “The Christians,” which opened Friday, a pastor picks a milestone in the life of a church he has led from its storefront beginnings – after many years, it is finally debt-free – to make an announcement that will destroy it.

Because of a story he heard from a missionary at a conference – about a young man in a war-torn country who rescued his sister from a raging fire, then died, unsaved and doomed to an eternity in hell – Pastor Paul (charismatically and convincingly acted by Andrew Erskine Wheeler) has had a series of revelations. There is no Satan; when we look down on others, we are Satan. There is no hell; we are already in hell. We don’t even have to believe to be saved, because everyone is saved.

None of this goes over well with associate pastor Joshua (Kory LaQuess Pullam), a devotee of fire and brimstone. Or church elder Jay (Charles Numrich), who frets about finances, responsibility and culpability. Or congregant and choir member Jenny (Brittany Parker), who struggles to raise her son on food stamps, looks to the church for the only stability in her life and now feels duped and confused. Or Pastor Paul’s wife, Elizabeth (Bonni Allen), who can’t believe he didn’t talk with her before dropping the bomb. What is she, just a preacher’s dutiful wife?

Eli Schlatter’s set design puts the audience in the congregation. We sit in rows of chairs facing the front of the church. Its clean, sleek look communicates prosperity. Video screens show images of a massive building and an immense crowd of worshippers. A large illuminated cross changes colors as the play progresses. Before the play begins, members of the cast walk through the house, welcoming us to their service. We’re invited to sing along with the choir (a live choir of nine singers), following lyrics projected on the screens. (No one sang along the night we were there, which was perfectly fine.)

For an hour and forty minutes, with no intermission, we’re immersed in passionate, thoughtful, far-ranging discussion about why we believe, what it means to believe and what believing feels like. How can we be sure that God is speaking to us? (“Sometimes it’s really hard to know which voice is God and which is your wishful self,” Paul says.) Why be a good person if there are no consequences for being bad? Why go to church if you don’t have to believe? How can someone’s beliefs suddenly, radically change? Whose beliefs should prevail?

If even Hitler can go to heaven – which he can, in Pastor Paul’s new understanding – then Jenny can’t imagine that kind of heaven. “I don’t think heaven should be imaginable,” Paul replies. “I don’t want a God who thinks like a man.”

The genius of the play lies in Hnath’s egalitarian, compassionate insistence that all characters be sympathetic, sincere and three dimensional. All have back stories of some depth. None is a fool, a fanatic or a caricature. All are good people who believe strongly – to the point of changing their lives, ending meaningful relationships and choosing loneliness – that what they believe is real and best and true. All are convincing in their explanations.

Even Josh wins us over with his profound grief and fear at what he saw – or believes he saw – in the final seconds of his mother’s life. (What a powerful performance Pullam gives.) As each character makes a case, we wonder, “What if he’s right? Wait … what if she’s right?” Hnath counts on us to be open to that kind of wondering. And he leaves the play wide-open, ending it in mid-sentence. He doesn’t take sides. How radical, how refreshing, especially for a play about religion.

So where does that leave us? With more questions at the end than we came in with, and much to ponder. Which is an exhilarating place to be after any play. Believe it, and see this if you can.

Tonight (Wednesday, May 25) at Common Good Books: Wayne Pacelle discusses “The Humane Economy: How Innovators and Enlightened Consumers Are Transforming the Lives of Animals.” The president and CEO of the Humane Society of the United States looks at the widespread transformation taking place in how people treat animals – in food and agriculture; the pharmaceutical, chemical and cosmetics industries; film, television and live entertainment; tourism and wildlife management; the pet trade and fashion. 7 p.m. Free.

Thursday at the Walker: Skyline Mini Golf opens. The Walker’s summer mini-golf course has always been a hoot, and this year – thanks to the Sculpture Garden redo now under way – it’s a hoot at a height, on the Walker’s rooftop. The 9-hole course features a giant hot dog, ping-pong paddles, a tricky chicken coop and more. Tuesdays-Sundays, 11 a.m. – 5 p.m., open Thursdays until 9 p.m. $12 adults, $10 students; free for 6 and under with paid adult. 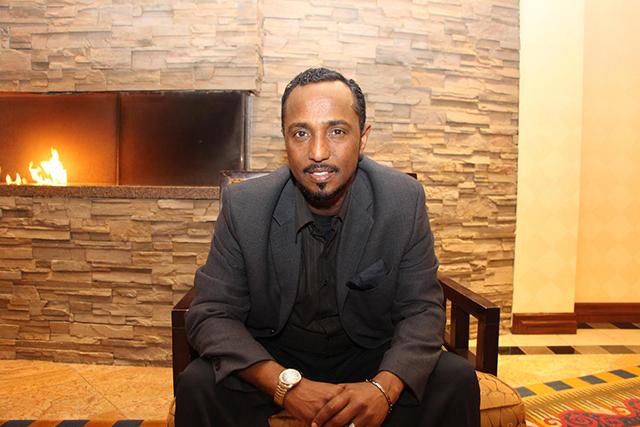 Friday at the Cedar: Somali singer Jubba. The finale performance for the Toronto-based singer tapped for this year’s Midnimo residency, a program of the Cedar that builds knowledge and understanding of Somali Muslim culture through music. Danimi and the Blue open. Doors at 7 p.m., show at 8. An all-ages standing show. FMI and tickets ($20 advance/$25 day of show).

Cirque du Soleil returns to Target Center in September with “Toruk: The First Flight,” a new show inspired by James Cameron’s hit film “Avatar.” Here’s a trailer. Not to be confused with Blue Man Group. Seriously, this signature mix of visuals, puppetry, stagecraft, music and storytelling will be nonstop eye candy, which is what we’ve come to expect from Cirque. Sept. 28-Oct. 2. FMI and tickets ($24-$155). There’s even an app.