It’s a poignant coincidence that Martin Friedman passed away the day before the Walker Art Center and the Minneapolis Park and Recreation Board broke ground on the Minneapolis Sculpture Garden renovation.

Friedman, who served as the Walker’s director from 1961-90, had an enormous impact on the institution in our midst, and, one might argue, on how we see ourselves. He put the Walker and Minneapolis in the international spotlight, turning a small local museum into a major force in the art world.

Friedman shaped the Walker’s values, vision and future, broadened its collections and scope, transformed it from a private museum to a nonprofit, grew its endowment, organized exhibitions, commissioned new work (including the now iconic “Spoonbridge and Cherry”) and replaced the Walker’s original Beaux-Arts home with the brick-clad Barnes building.

He saw 11 acres of undeveloped parkland across the street as an opportunity to expand – not with more walls, but a prime outdoor space where people could come and see art for free. When the Sculpture Garden opened in 1988, it was the first partnership of its kind between an art center and a city parks department. It became a regional and national destination.

Friedman was much on the minds of the public officials, arts and parks supporters, and others who gathered for Tuesday’s groundbreaking. Park Board superintendent Jayne Miller recalled that Friedman reached out to David Fisher, the Park Board’s superintendent from 1981-99, on Fisher’s second day on the job. Soon after, the two met for lunch. Seven years later, when the Sculpture Garden opened, Friedman and Fisher shared the scissors at the ribbon-cutting ceremony. Some 9 million people have visited since. 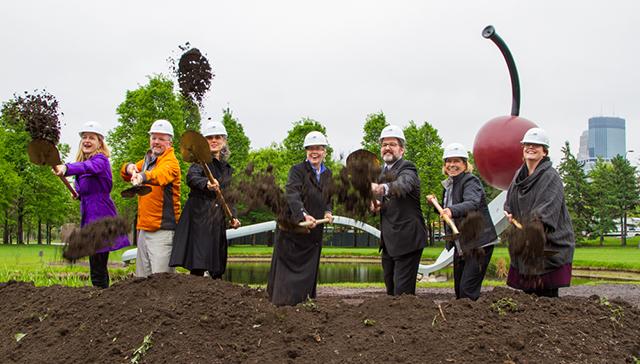 MinnPost photo by John Whiting
The Walker Art Center and the Minneapolis Park and Recreation Board broke ground on the Minneapolis Sculpture Garden renovation on Tuesday.

Park Board commissioner Anita Tabb said, “Martin knew that art could feed the soul in a new and unique outdoor space, that recreation isn’t just about playing baseball. The Park Board recognized that with help from him.” Viso noted how appropriate it was that “with Martin Friedman’s passing, we are all gathered here to launch the next chapter in the history of the Sculpture Garden.” And that “[Friedman] was excited and happy that the partnership [with the Park Board] had deepened and continued.”

“Architects have a particular affinity for groundbreaking,” James Dayton said during the ceremony. “It’s a transition into reality.” From now until Spring 2017, the reality is that the Garden will be closed. Not just with a sign that says “Closed,” but fenced in. A grand reopening is planned for sometime in June, 2017.

Get that find appraised for free

You took a chance and paid $5 or $50 for that print, chair or vase at a neighborhood sale last year. What is it really worth? Find out in a free consult with Mark Moran, professional appraiser and guest expert on “Antiques Roadshow,” who will spend two afternoons at St. Paul public libraries eyeing our treasures and rewarding or dashing our hopes. Saturday, May 21, 1-5 p.m. at the Sun Ray Library (651-501-6300); Thursday, June 2, 4-8 p.m. at the Highland Park Library (651-695-3700). Call to make an appointment. (Best bet: Highland Park after 5 p.m.) Observers welcome, walk-ins if time allows. No coins/money, weapons, fine jewelry/gems, or Beanie Babies. 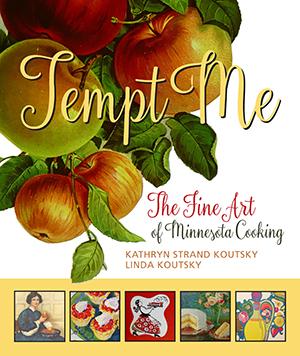 Tonight (Wednesday, May 11) at Mill City Museum: “Tempt Me: The Fine Art of Minnesota Cooking” book launch. Maybe it’s because the outdoor farmers’ markets are opening, but Minnesota-based cookbooks (like chef Lenny Russo’s, mentioned here yesterday) suddenly have a powerful pull. Just out from the Minnesota Historical Society Press, “Tempt Me” is more a feast for the eyes than the table, though there are nearly 200 vintage recipes you can try. Looking back at the 1880s-1980s, authors Kathryn Strand Koutsky and Linda Koutsky explore how Minnesota’s food companies used illustration, advertising, packaging and promotional mailings to tempt consumers to buy their goods. Some of the illustrators hired included Norman Rockwell and N.C. Wyeth. 7 p.m. Free. Arrive an hour early to see artist-designed advertisements and cookbooks in the museum, and taste one of the book’s recipes in the baking lab.

Friday at Walker West Music Academy: Nathan Hanson and Doan Brian Roessler. The St. Paul community music school’s Eight O’Clock Jump jazz series continues with saxophonist Nathan Hanson and bassist/guitarist Doan Brian Roessler, who have played together for more than 20 years. Perhaps best known here as two-thirds of the Fantastic Merlins (with drummer Pete Hennig), they’re lately expanding their sound and explorations with more saxes and basses, strings, brass and electronics. They’re about to release a new album, and they’ll feature their new direction in a quintet at Walker West with Laura Harada on violin, Cole Pulice on tenor and baritone saxes, and Christopher McGuire on drums. Doors at 7:30 p.m., performance at 8. FMI and tickets ($15). The performance space is intimate and Jump shows usually sell out. 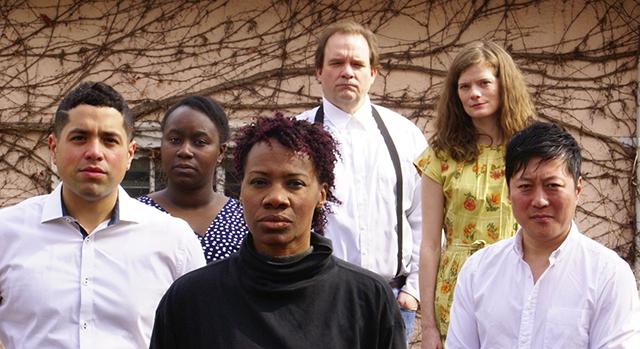 Courtesy of Ten Thousand Things Theater
The cast of “The Changelings”

Opens Friday at Bedlam Lowertown: Kira Obolensky’s “The Changelings.” Ten Thousand Things Theater wraps its 2015-16 season with a new play by its own playwright-in-residence, written specifically for its diverse audiences. Director Michelle Hensley describes it as a play about coping with great loss, told with humor and wit, and ultimately hopeful. As always, Hensley has assembled a strong and diverse cast, this time including Shá Cage, Joy Dolo, Kurt Kwan, Kimberly Richardson, Luverne Seifert and Ricardo Vazquez. Through Sunday at Bedlam, after which it moves to Open Book in Minneapolis from May 20-June 5. FMI and tickets ($30; under age 30, pay what you can from $5-$30).

Saturday: 2016 Twin Cities Bungalow Club Home Tour. We can’t help it, we love tramping through other people’s houses, and we really love bungalows. So this is a perfect day in our book. From 10 a.m. to 5 p.m., you can tour six vintage homes including snug bungalows and larger two-story homes, many with Arts & Crafts touches and most with lots of woodwork. Start at the first house (2908 33rd Ave. S., Minneapolis), pay $5 (unless you’re a member) and pick up a tour map with the other addresses.

Where better to hear a smart conversation about “Russia in the Putin and Post-Putin Era” than at The Museum of Russian Art? On Thursday, May 26, former MPR News editor and host Gary Eichten will chat with Nick Hayes, Emmy winner (for his work on TPT’s “Democracy in Russia”), St. John’s University history professor and MinnPost contributing writer. Doors at 6 p.m., event at 6:30. FMI and tickets ($20).