Mark Campbell may be America’s busiest, most in-demand librettist. For the Minnesota Opera alone, he has written the words for five operas, all of which had (or will have) their world premieres here.

First was “Silent Night,” which won composer Kevin Puts the 2012 Pulitzer Prize for music. Then last year’s “Manchurian Candidate,” also with Puts. And “Memory Boy” with Reinaldo Moya, seen at the Lab Theater in February, written for the opera’s youth training program. And next year’s “Dinner at Eight,” with Pulitzer and Grammy winner William Bolcom.

And this year’s “The Shining” with Pulitzer winner Paul Moravec, based on the mega-bestselling horror novel by Stephen King (and definitely not the movie by Stanley Kubrick, which King famously dislikes). It opens Thursday and is already sold out, except for a few remaining standing-room tickets.

What has made Campbell the Minnesota Opera’s go-to librettist? We asked artistic director Dale Johnson. “The telling of the story is the most important thing,” he said Monday by phone. “The story is the foundation for the composer. When we were doing ‘Silent Night,’ I looked at a lot of different librettists. Mark understood pace, and he understood what I would call terseness. He knows not to write too much, to allow the composer’s voice to come through.

“I think a lot of American opera is too talky. I found Mark’s work so efficient, yet somehow so beautifully written. He understood the arc of the drama really, really well. So I put him and Kevin Puts and [director] Eric Simonson together and it worked out to be great. When you have a good one, you keep him.”

Another new opera with Campbell is in the planning stages, but Johnson isn’t ready to reveal details other than “it will be a family-oriented piece. Not a kids’ show, but a real family show.”

Minnesota Opera isn’t Campbell’s sole employer. To date, he’s written librettos for 15 operas, including three more opening next year, among them “The (R)evolution of Stephen Jobs,” with Mason Bates, for the Santa Fe Opera and “Elizabeth Cree,” with Puts, for Opera Philadelphia. Four more are in the pipeline. Campbell is a man who has found his calling.

We spoke with him last year, before “The Manchurian Candidate,” and met with him again in late March at the Minnesota Opera Center.

On how “The Shining” became an opera:

Mark Campbell: It all started with Eric Simonson and Dale Johnson. They wanted to do a horror opera, something scary. Stephen King, of course, was the first author who came to mind, and then Eric suggested “The Shining.”

Dale had heard Paul’s music and liked it a great deal, and Paul said yes, he’d love to do it. Then they asked me if I’d write the libretto.

I’m a fan of the movie, but the movie is not operatic at all. There’s no journey of any character. So I went back and read the novel and thought, “This is a very exciting idea for an opera.” I didn’t really know if I could do it, but I said yes because I wanted to work with Paul.

On acquiring the rights from Stephen King:

It took a long time. I think I was first approached about [this project] in 2012. Stephen King is wonderful – he’s very progressive, and he’s really a cool guy. But there is this world he needs to have around him to protect him, and to get through that is pretty difficult. Paul had hired a lawyer from California to work on it, and we had lawyers from Minnesota Opera working on it, and we couldn’t get through. 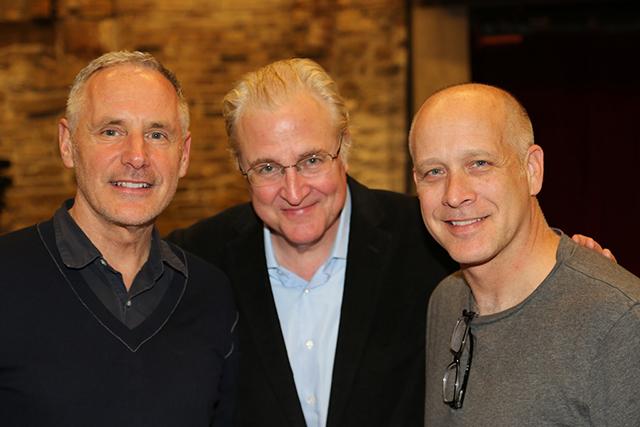 And then Paul remembered that his next-door neighbor and friend is a guy named Peter Straub, who is also a horror writer. And Stephen King and Peter Straub have worked together. So Paul either emailed him or knocked on his door and said, “I promise not to embarrass you, but can I email Stephen King directly? Because we’re just not getting through his lawyers.” Paul emailed Stephen King and got a response within 20 minutes. In it, King said, “I don’t know what the hold-up is. I’d love for this to happen.”

On getting King’s approval for the libretto:

When I finished the libretto, it went first to Eric and Paul. They had a little bit of input. I included that, and then I did a chicken thing – I sent it off [to King] on the day before Thanksgiving. I’m thinking, “He can’t be mean to me on Thanksgiving!”

I was heading off to a dinner and checked my email before I went, and there was an email from the lawyer who handled the whole thing – basically, “Congratulations. Stephen King has approved the libretto. Go forward.”

He approved the libretto in less than 24 hours. That was one of the great reliefs of my life. If he’d come back with changes, it might have gone on for a couple of years. But I was true to the heart of his novel.

On turning King’s novel into a libretto:

Everybody knows the story of “The Shining.” One of my issues early on was how do I remove everyone’s version of “The Shining”? Because they’ve all seen the movie. How do I get that out of their heads? So many people joked with me about how we were going to set “Heeeeere’s Johnny!” But we didn’t have to, because it’s not in the book.

Pacing, suspense and tension are important in this opera. We can’t let up. It has to be relentless. But relentlessly exciting, too. I’ve seen operas that are just simply relentless, and I stop listening because I feel like I’m being yelled at. I hope we have created a story where we really care about [characters] Wendy and Danny and Jack and Halloran. I planted lots of very sympathetic moments early on. …

There were so many big decisions in writing this, but whenever you look at suspense, you start with [Alfred] Hitchcock. He was one of my favorite writers. Everything you ever need to know about playwriting is in Hitchcock. One thing he does that’s so amazing is he just … withholds. He gives you just enough information to remain interested, and not confused, and uneasy. And then he gives you a little bit more.

The novel takes place over four or five months. I’ve put it into a month and a half. … Time is stretched out in the novel. [In the opera] it has to happen quicker. But I did need to show time passing. 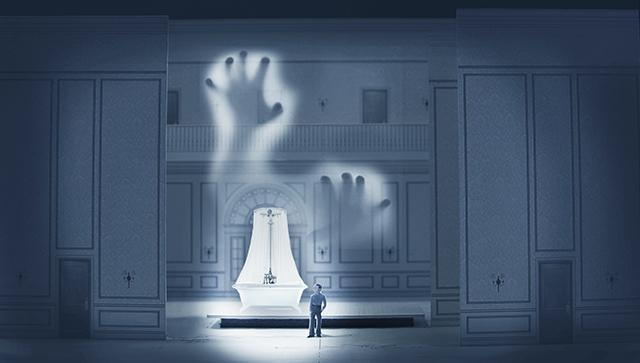 Courtesy of the Minnesota Opera/Erhard Rom
“Pacing, suspense and tension are important in this opera.”

I emailed Paul and said, “I think I’m going to have four musical interludes in this opera. They’re to show time passing. There will be things going on, but no language.” Paul was, like, “Great!” Composers love interludes. A lot of good operas have them. One thing interludes do very well is serve as palate cleansers. Like, “We’ve been hearing a lot of words. Now let’s just hear some music and watch things.” …

Simple and clear are the hardest things to achieve. At the very basic nature of a good libretto is simplification so that the music can be big and expand. If the libretto is complicated, if it uses a lot of words and it shows off, if the writer is trying to show off, the libretto and the music both fight. So I have to get out of the way. …

You don’t want your libretto to be dull. You do want to use some good, nice juicy words, but at the same time, I believe that the poetry is in the music and not necessarily in the words. There is a limited amount of poetry that can be put into a libretto. …

It should be simple, and it should be as natural as possible in this extremely unnatural art form called opera.

“The Shining” is Campbell’s first horror opera. Was it fun to write?

Terrific fun. Are you kidding me? I loved it.

This interview has been edited and condensed for clarity. It includes portions of an earlier interview from March 2015 for “The Manchurian Candidate,” during which we also talked about “The Shining.”

Librettist Mark Campbell on ‘The Shining,’ Stephen King and the fun of being scary