Today is International Museum Day. Getting in the spirit, Gov. Mark Dayton has proclaimed it Minnesota Museums Day. “Minnesota is home to more than 600 museums, a number representing twice as many per capita as the national average,” the proclamation says, after the first Whereas.

Organized by the International Council of Museums (ICOM), launched in 1977, International Museum Day is meant to raise awareness that “museums are an important means of cultural exchange, enrichment of cultures and development of mutual understanding, cooperation and peace among peoples.”

Not all Minnesota museums are actively participating, but the Walker is offering free admission all day (11 a.m. – 5 p.m.), the American Swedish Institute has a BOGO (buy one admission, get one free) and is open until 8 p.m., the Bell Museum of Natural History has free admission all day from 9-5, Mia is giving free admission to the “State of the Art” show to visitors who become members, the Hennepin History Museum has free admission from 1-5, the Minnesota Children’s Museum has $5 admission (through May 27), and the Weisman (where admission is always free) is handing out packets of commemorative art collection cards. On Sunday, if you mention Minnesota Museum Day, you’ll get a BOGO at the Minnesota History Center, Mill City Museum, James J. Hill House and Split Rock Lighthouse in Two Harbors.

P.S. Two wonderful exhibits at participating museums close this Sunday, May 22: The Watercolor Worlds of Lars Lerin” at the Swedish Institute and “Clouds, Temporarily Visible” at the Weisman.

Do you know an individual or organization worthy of a a Sally Award? Whose contributions to the arts in Minnesota have enriched our culture and quality of life? The Ordway is seeking nominations for the 2015 “Sallys,” named for Sally Ordway Irvine, who inspired the creation of the Ordway Center.

The award is given in five categories: vision, initiative, commitment, education and arts access. It’s a prestigious and public recognition for helping make Minnesota so arty – a place where artists flock and the arts thrive to the point where we almost take them for granted. Because people and organizations like all of the past Sally winners have given their time, talents, energy and creativity to make it so. It’s good to give thanks, and the Sallys are one way to do that.

Go here to learn more about the awards, the categories, who’s eligible and the nomination process. Nominations can be made by individuals, groups, organizations or businesses and are due June 24. Winners will be announced at a public ceremony at the Ordway on Oct. 17.

In case you haven’t heard, back in March, the Loring Park Art Festival announced it was breaking away from the pack and going it alone. After 17 years of sharing the first full weekend in August with two larger, longer-running festivals, Uptown and Powderhorn, Loring Park will take place a weekend earlier, this year on July 30-31.

It can’t hurt. Even those of us who love these events have suffered festival fatigue trying to get to all three on the same weekend. Factor in the Hennepin/Lyndale roadway reconstruction and the Walker campus/Sculpture Garden renovations, all now underway, and attempting the triple would have been madness. So now you can give your full attention to Loring Park (140 artists) at the end of July, then return the following weekend for Uptown (350) and Powderhorn (184). This will be Powderhorn’s 25th anniversary and Uptown’s 51st year.

We remember a year in the hazy past when some bright bulbs added a fourth art festival to the already jam-packed August weekend. Hopeful artists unpacked their wares and set up in Lyndale Farmstead Park on Bryant. It was sad.

•  Friday through Sunday, June 3-5: Edina Art Fair. The 50th annual. Edina calls itself “the first official art fair of the year.” With three full days and 300 artists, it’s a big one. At 50th and France.

•  Saturday, June 4 (same weekend as Edina): St. Anthony Park Arts Festival. This is the 47th year of this relaxed, charming and well-curated festival. At Como and Carter Aves. in St. Paul.

•  Saturday, June 4 (same weekend as Edina and St. Anthony Park): Art in the Hollow. The 4th year of “the only art fair on the city’s entire East Side” (meaning St. Paul’s), in Swede Hollow Park near downtown, with a strollable 50 artists.

•  Friday through Sunday, June 17-19: Stone Arch Bridge Festival. The 22nd year of the downtown fest that’s as much about music as art, with live music on multiple stages and 250 artists.

•  Saturday, July 9: Art at St. Kate’s. A respected juried show, organized and run by artists, now in the 9th year of this incarnation (some of us remember an earlier version), and manageably sized, with 100 local artists. On the grassy green of St. Catherine University at Randolph and Cleveland.

•  Saturday and Sunday, July 30-31 (same weekend as Loring Park): Red Hot Art & Music Festival. The 14th annual gathering of local artists, local food vendors, and live music in Stevens Square Park in Minneapolis. Over 200 artists. The link is to the Facebook page; not much there yet, so check back.

Tonight (Wednesday, May 18) at the Guthrie: “Trouble in Mind.” The 60-year-old play by Alice Childress, the first African American woman to win an Obie, is directed by Valerie Curtis-Newton, the first African American woman director in the Guthrie’s history. Set in New York in 1957, “Trouble in Mind” is a play about a play with an interracial cast that starts as a comedy and turns serious as the characters explore racism, prejudice and how far they will go to find success. Margo Mooner, Nathaniel Fuller, Marcel Spears, and Austene Van lead the cast. 7:30 p.m. FMI and tickets ($26-$64). Ends June 5.

Friday afternoon at the Playwrights’ Center: A free public reading of Lee Blessing’s new play “MINNEAPOLIS/ST. PAUL.” Take the afternoon off, if you can, to see Nathan Keepers, Tracey Maloney, Kris Nelson, Nathan Barlow and Lillie Horton read Playwrights’ Center core writer Blessing’s latest – a play about a man who is married to a woman in one city and a man in another. Peter Moore directs. 1:30 p.m. No RSVP required; just show up. 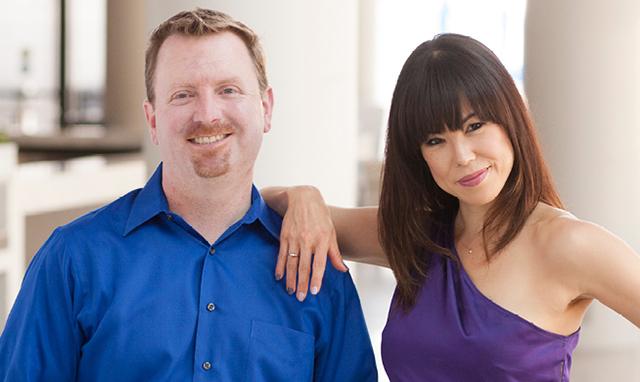 Friday at Orchestra Hall: Inside the Classics: The Evolution of Opera. We love the Inside the Classics concerts, where Minnesota Orchestra violist Sam Bergman and conductor Sarah Hicks give us background and tell witty stories about what we’re about to hear. This program is a special gem: a friendly, illuminating history of opera, with insights into why it’s so magical, the role of the orchestra, how the overture lures us in and more. Sopranos Christina Pier and Carrie Henneman Shaw and tenor Eric Barry will sing, the Minnesota Orchestra will play and the program will include famous orchestral bits and arias from 14 operas including “La Bohème,” “Carmen,” “The Barber of Seville” and “The Marriage of Figaro.” 8 p.m. FMI and tickets ($29/$20 under 40). Arrive early for free beer samples and a Hmong fashion show in the lobby. 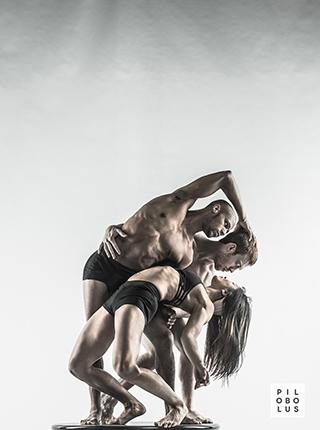 Friday and Saturday at the Ordway: Pilobolus. Formed by a group of college friends at Dartmouth in 1971, named for a light-loving fungus, the international dance collective is still wowing crowds with its acrobatic performances. (“Acrobatics liquefied into poetry,” wrote the New York Times. And “Sheer physical excitement.”) Here’s a preview video. FMI and tickets ($29-$79). Partial nudity, so mature audiences only.

Sunday at Plymouth Church: Bill George reads from “Discover Your True North.” A senior fellow at Harvard Business School, former CEO of Medtronic, former senior executive at Honeywell, Litton and the Department of Defense, named one of the Top 25 Business Leaders of the Past 25 Years by PBS, George has written six books on leadership. “True North” is his latest. He’s also a Plymouth member, which helps explain why he’s appearing in a reading series normally reserved for poets. Noon in the Chapel. Free.

Whereas it’s Minnesota Museums Day; outdoor art fairs in the Cities; ‘The Evolution of Opera’ at Orchestra Hall