For the final concerts of their 2015-16 season, the nine singers of Cantus are doing something they’ve never done before: covering a classic pop album from start to finish. Given their expertise with lushly layered harmonies, the male vocal ensemble made the perfect choice: the Beach Boys’ “Pet Sounds,” which turned 50 in May.

Framed by Cantus’ takes on other pop tunes by NSYNC and the Jackson Five, Foo Fighters, Vulfpeck, Macklemore & Ryan Lewis, Pentatonix, Daft Punk and Paul Simon, “Pet Sounds” shimmers like the jewel it is. Rather than perform it just as the Beach Boys did – Cantus has three more voices, so why not use them? – they’ve gone with original arrangements.

In a nod to vinyl, we hear Side 1 (through “Sloop John B”) before intermission, Side 2 after. Imagine the tone arm on a turntable lifting, returning to the rest and waiting there patiently while you run to the lobby for a drink.

For the most part, the new arrangements are successful. “Wouldn’t It Be Nice” is a solid start, though it lacks the big sound of Brian Wilson’s version. The ballads “You Still Believe in Me” and “Don’t Talk (Put Your Head on My Shoulder)” are gorgeous. “I’m Waiting for the Day,” with clapping, feels like a mini-hootenanny; we didn’t love it.

The instrumental “Let’s Go Away for Awhile” spotlights the excellent band of Dave Schmalenberger on drums, Jeremy Boettcher on acoustic and electric bass and multi-instrumentalist Lee Blaske on an arsenal including multiple keyboards, saxophone, accordion and clarinet. (Several members of Cantus also play instruments at various points during the concert.) The only serious misstep is the bluesy reimagining of “Sloop John B.” Cantus works hard to pull it off, but it’s just wrong.

The whole of Side 2 is exquisite, beginning with “God Only Knows,” sung by Cantus with tender care and understanding. Continuing through “I Know There’s an Answer” and “Here Today” (a bit heavy on the horns), the performance soars with the achingly wistful “I Just Wasn’t Made for These Times.” The music continues uninterrupted through the instrumental “Pet Sounds” and the album’s final song, “Caroline, No,” an emotional and harmonic crescendo led by Joe Shadday’s tenor.

Shadday is one of three Cantus members who are moving on after this season. Matthew Tintes and Paul John Rudoi (whose solo on “I Just Wasn’t Made for These Times” is a standout) are also leaving and will be missed.

The concert could easily end with “Caroline, No,” but the way it’s constructed, with the album in the middle and split in two, means there’s more to come. A “Daft Punk Medley” made famous by the five-member vocal group Pentatonix is a workout, and Cantus’ cover of Paul Simon’s “You Can Call Me Al” a delight. That’s the last song on the program, but it’s not over yet. In tribute to Prince and David Bowie, the group sings a mash-up of “Purple Rain” and “Space Oddity” that closes with “Let’s Go Crazy.” Sung with heart, it comes from the right place, but it’s a little awkward.

Among their non-“Pet Sounds” covers, Cantus’ total makeover of Macklemore & Ryan Lewis’ “Thrift Shop” – renamed “Barber Shop,” with all-new lyrics about music theory – is a crowd-pleasing highlight of the first half, and if they sing it at every show from here on we won’t mind in the least. Just include the lyrics in the program, please.

Beach Boys co-founder Brian Wilson’s “Pet Sounds 50th Anniversary World Tour” comes to the Orpheum on Oct. 2. That show is sold out, but you can add your name to a text-me-if-tickets-become-available list.

The Minneapolis College of Art and Design has announced eight McKnight Visual Artist Fellows for 2016. Each will receive a $25,000 stipend, public recognition, professional encouragement from national visiting critics and an opportunity to participate in a speaker series. Chosen from a group of 263 applicants, all of the new fellows live and work in the Twin Cities metro area.

Eric Benson is a painter whose work, built with collage methods, deals with the poetics and politics of edge city landscapes. Julie Buffalohead is an enrolled member of the Ponca Tribe of Oklahoma; her paintings, drawings and prints describe Indian cultural experience through personal metaphor and narrative. Visual artist Leah Edelman-Brier is interested in the female body; she uses photography to create images that disrupt beauty ideals. Tia-Simone Gardner is an artist, black feminist scholar and educator whose work attempts to collapse and expand the time and space of everyday encounters with race.

In her media-spanning work, Monica Haller highlights what lives below the surface of a shared natural and social landscape. Jay Heikes mixes and reinterprets an array of media; his latest preoccupation is alchemy. Pao Houa Her, born somewhere in the northern jungles of Laos, works within multiple genres of photography. Caroline Kent is a visual artist whose practice, rooted in the language of abstract painting, combines text, image, sculpture and painting.

The cats are coming back

Two clawed paws up for the St. Paul Saints and radio station myTalk 107.1, which together have rescued what the Walker left by the side of the road: the Internet Cat Video Festival.

“Left by the side of the road” is a hair hyperbolic, but the Walker did, in fact, abandon the wildly popular if somewhat off-mission festival it started in 2012. After four successful years – two on its own lawn, one at the State Fair and one (last year) at CHS Field – the Walker said meow revoir in March to one of the best-attended summer events in the Cities.

“When our staff heard that the Internet Cat Video Festival was not going to return this year they immediately rallied to bring the event back in 2016,” said Hubbard Radio’s Dan Seeman in a statement. “Our first call was to the St. Paul Saints.” The Saints, no doubt encouraged by the 13,000 people who showed up last year at their new stadium, said yes. 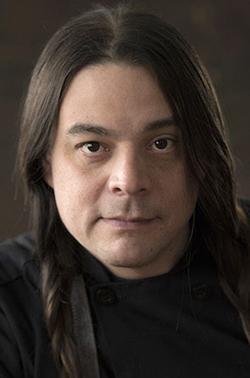 Tonight (Wednesday, June 8) at the American Craft Council: ACC Library Salon Series: Setting the Table with Sean Sherman of The Sioux Chef & Amy Thielen. Chef Sherman, Oglala Lakota, caterer and food educator, focuses on revitalizing indigenous food systems in a modern culinary context. Thielen is author of “The New Midwestern Table” and host of the Food Network’s “Heartland Table.” They’ll have plenty to talk about. Be sure to eat something before you go. At the ACC Library, 1224 Marshall St. NE, Suite 200. 7 p.m. FMI. Free. After, head to the Community Keg House a block away for a social hour.

Opens Thursday at the Walker: Chris Larson: Land Speed Record. It’s easy to think “fire and ice” when you read Larson’s name. He’s the artist who built a full-scale replica of a Marcel Breuer house, then set it ablaze (that was for Northern Spark 2013). His “Deep North” show a year earlier at the Burnet Gallery included photos of a shotgun house covered in ice. “Land Speed Record,” his latest video installation, titled after the album by Hüsker Dü, explores smoke-blackened items from the childhood home of Grant Hart, the band’s founder and co-songwriter, which caught fire and partially burned down in 2011. Opening night, a Target Free Thursday, features Larson, Hart, and curators Siri Engberg and Doug Benidt in conversation, followed by drinks on the terraces. 7 p.m. Free tickets available starting at 6 p.m. in the Hennepin Box Office. The exhibition closes Jan. 8, 2017. 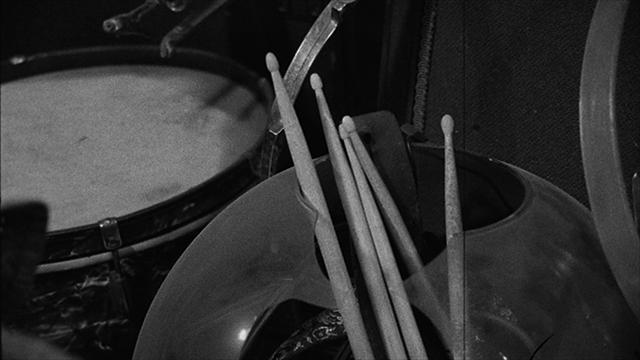 Friday through Sunday at Theatre in the Round: “Sense and Sensibility.” Based on the novel by Jane Austen, adapted by Joseph Hanreddy and J.R. Sullivan, directed by Kari Steinbach, this is the first of two “Sense and Sensibilities” we’ll see on stage this year. The second – adapted by Kate Hamill, directed by Sarah Rasmussen – opens the Guthrie’s 2016-17 season in September. There’s no law against seeing both, and depending on how much of a Janeite you are, you might really enjoy that. 8 p.m. Friday and Saturday, 2 p.m. Sunday. FMI and tickets ($22). Ends June 26.